n the following essay, we will talk about what is a constitution, Constitutionalism, Rule of Law and their relationship with each other. The main purpose of this article is to determine how are the above related. 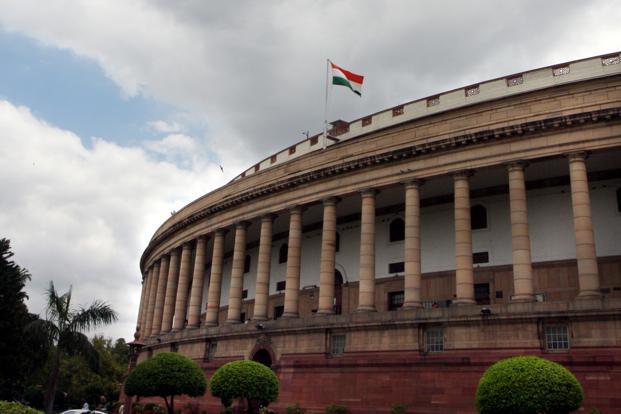 In the following essay, we will talk about what is a constitution, Constitutionalism, Rule of Law and their relationship with each other. The main purpose of this article is to determine how are the above related. The Constitution of India is defined as a set of written rules and regulations which are formed by the legislatures of the states and they determine the relationship between the different organs of the government.

Constitutionalism is defined as a set of complex ideas, attitudes, and patterns of behaviour elaborating the principle that the authority of government derives from and is limited by a body of fundamental law. It is defined by the existence of the constitution in the country. Separation of powers is a fundamental principle of the United States Government, whereby powers and responsibilities are divided among the legislative branch, the executive branch and the judicial branch.

It is a set of fundamental principles or established precedents according to which a state or other organisation is governed. These rules together makeup, i.e. constitute, what the entity is. When the principles are written down into a single document or a set of legal documents, those documents may say to embody a written constitution; if they are written in a single comprehensive document, it is said to embody a codified constitution. Some constitutions are uncodified but written in numerous fundamental acts of the legislature, court cases or treaties.

It is a complex of ideas, attitudes, and patterns of behaviour elaborating the principle that the authority of government derives from and is limited by a body of fundamental law. A political body is constitutional to the extent that it contains institutionalised mechanisms of power control for the protection of the interest and liberties of the citizenry, including that those may be in minority. It means limited government or limitation in government.

Constitutionalism has preventive and deceptive uses. Descriptively, it refers chiefly to the historical struggle for Constitutional recognition of the people’s right to consent and certain other rights and freedom along with privileges. Used Prescriptively the meaning incorporates those features of government seen as the essential elements of the constitution.

Written Constraints in the constitution, however, are not constraining by themselves. Tyrants will not become benevolent rulers simply because the constitution tells them to. In order to guard against violations against the letter and spirit of the constitution.

Constitutionalism and Rule of Law

Rule of Law refers to the supremacy of law; that society is governed by law and thus law equally to all persons, including government and state officials. Following the basic principle of Constitutionalism, common institutional provisions used to maintain the rule of law, including the separation of powers, judicial review, prohibition of retroactive legislation and habeas corpus. Genuine constitutionalism, therefore, provides a minimum guarantee of both the content and form of law.

Cases where Constitutionalism is legally recognised by the Supreme Court

In Rameshwar Prasad and Ors. v. Union of India (UOI) and Anr.

“The Constitutionalism or Constitutional System of Government abhors absolutism – it is premised on the Rule of Law in which subjective satisfaction is substituted by objectivity provided by the provisions of the constitution itself.”

Rule of law is nothing but the concept that the state is ruled by that the state is not governed either by the ruler or the elected representatives of the people. A country which follows its basic principle would be one where the laws derive its authority from the basic laws, and the state is the supreme authority and thus restricting the arbitrarily use of the power by the organs of the government. It is done so as to prevent the misuse of power by the person or the authority with the power.

It is to ensure that public peace is maintained in the society and the people are not afraid to go to the court of law as they may think that justice will not be given, i.e. there is a miscarriage of justice. It is an important part of any democracy in the world as it ensures that public peace is maintained and that the public does not resort to riots. The firm basis of rule of law was given by AV. Dicey, his theory has three main pillars:

Constitution and Rule of Law

India adopted the common law system of justice which owes its jurisdiction to the British Jurisprudence, the basis of which is the Rule of Law. Dicey maintained that Englishman does not require the Rule of Law to keep a check on govt but the Rule of Law along with the Natural Justice would be enough to ensure the absence of executive arbitrariness. While India also accepts and follows the concept of natural justice, there are formal and written laws to ensure compliance.

The constitution of India intended for India to be a country governed by the rule of law. It provides that the constitution shall be the supreme power in the land and the legislative and executive derive their authority from the constitution. Any law that is made by the parliament must be in conformity with the constitute falling which it will be declared invalid, this is provided for under article 13(1). Article 21 provides a further check against arbitrary executive action by stating that no person shall be deprived of his life or liberty except in accordance with the procedure established by law.

Article 14 ensures that all citizens are equal and that no person shall be discriminated on the basis of sex, religion, race or place of birth, finally, it ensures that there is a separation of powers between the three wings of the government.

Most famously in the case of Keshavananda Bharti v. State Of Kerala, the Supreme Court held that the Rule of Law is an essential part of the basic structure of the constitution and as such cannot be amended by any act of the parliament, thereby showing how the law is superior to all other authority of men.

“Even in absence of Article 21 in the Constitution, the state has got no power to deprive a person of his life and liberty without the authority of law. Without such sanctity of life and liberty, the distinction between a lawless society and one governed by laws would cease to have any meaning …. Rule of Law is now the accepted norm of all civilised societies.”

In the case of Chief Settlement Commissioner; Punjab v. Om Prakash, it was observed by the Supreme Court that, “In our constitutional system, the central and most characteristic feature is the concept of rule of law which means, in the present context, the authority of law courts to test all the administrative action by the standard of legality. The administrative or executive action that does not meet the standard will be set aside if the aggrieved person brings the matter into the notice.

Constitutionalism and Rule of Law

There are four main heads which we will discuss in the present head. The first head is Foundational Issues, the Second is Substantial Principles, the Third is Queens of Institutional Design and the last is Genealogy of Institutions.

It is formed by combining principles of Foundational questions along with Substantive questions for making ideally concrete policy recommendations and offering solutions concerning the appropriate design of constitutional institutions.

At the end after the study of the previous pages, we would be able to easily conclude that the makers of our constitution were interested in adding the Rule of Law and there are provisions in the constitution that try to achieve the objective but because of certain factors we are unable to achieve the result.

There are some obvious reasons for non-achievement such as the corruption in our country, poverty, population, inequality of income distribution and most importantly of all widespread illiteracy. To achieve the targets we all have to solve the above problems prevalent in our society. But still, it doesn’t mean that we have achieved nothing our founding fathers achieved what the rest if the world couldn’t- establish a country that would follow the letter of the law and implement the rule of law.

In all matters such as protection of rights of people, equal treatment before the law, protection against excessive arbitrariness, the Constitution of India has provided enough mechanisms to ensure Rule of Law is followed. Problems such as outdated legislation and overcrowded courts are but small hindrances and bodies such as the Law Commission of India aim to work towards ironing out these problems with the aim of achieving a system where there are no barriers to the smooth operation of law.