This article aims at first understanding the crucial elements of cyber space jurisdiction along with its types and application. Furthermore, the article shall explain jurisdiction with reference to our IT Act, 2000 so as to initiate jurisdiction in our cyber law. The main focus of the article, however, will be on jurisdictional issues that are present in the… Read More » 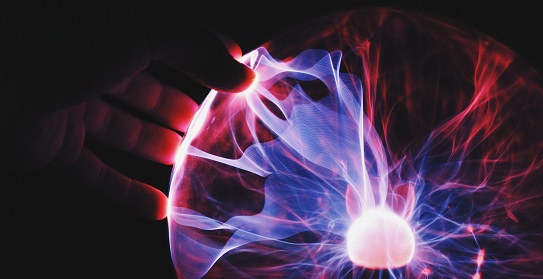 This article aims at first understanding the crucial elements of cyber space jurisdiction along with its types and application. Furthermore, the article shall explain jurisdiction with reference to our IT Act, 2000 so as to initiate jurisdiction in our cyber law. The main focus of the article, however, will be on jurisdictional issues that are present in the cyberspace. This focus will include an analysis of our jurisdictional legislation and the current scenario in India. I. Cyber...

This article aims at first understanding the crucial elements of cyber space jurisdiction along with its types and application. Furthermore, the article shall explain jurisdiction with reference to our IT Act, 2000 so as to initiate jurisdiction in our cyber law.

The main focus of the article, however, will be on jurisdictional issues that are present in the cyberspace. This focus will include an analysis of our jurisdictional legislation and the current scenario in India.

Jurisdiction essentially refers to the concept where the power to determine and hear a case is vested with an appropriate Court in a legal system. The main issue that clouds Cyber Space Jurisdiction is the fact that parties involved in a dispute are essentially placed in different parts of the world and have only a virtual connection that bonds them all into one realm.

The internet now doesn’t make any geographical or jurisdictional boundaries clear, but the users of the internet remain in physical jurisdictions around the world and are thus, subject to laws that are independent of their presence on the internet.

Jurisdiction is the power or the authority of a Court to hear and determine a cause so they can adjudicate and exercise any judicial power in relation to it. Thus, jurisdiction is essentially the authority which the court with regard to deciding of matters that are litigated before it or to take cognizance of matters presented in a formal way for its decision.

Customarily, the jurisdiction lies where the cause of action arises. However, the method of determination of jurisdiction becomes incredibly difficult when there are multiple parties involved in various parts of the world.

A transaction in the cyberspace fundamentally involves three parties. The user, the server host and the person with whom the transaction is taking place with the need to be put within one jurisdiction.

Ideally, the most efficient law to deal with the cyber offence has to address whether a particular issue in the cyberspace is controlled by the laws of a particular State or the location of the user or application of other States’ laws. However, the primary issue which remains is trying to figure out which country’s law should apply.

The minimum contact rule essentially establishes that so long as a corporation has a degree of contact within the State bringing suit, they are subject to the laws of the State and can be sued by and within the forum state in Court.

Precedents have established that minimal, or very few contacts, are still enough to establish contact. However, the principles of right to fair play and substantial justice come into picture and thus, it limits the extent of the long arm statute jurisdiction by quite a bit.

In simple terms, the minimum contact may apply so long as it doesn’t interfere with fair play and substantial justice. This method is usually used to decide whether the long arm statute can be used to award personal jurisdiction to a certain state for disputes in international systems. The provisions of section 1(2) when read with section 75 empower the Courts with long arm jurisdiction when absolutely necessary.

Jurisdiction under the Indian law (Overview)

India, in general, is not yet fully adaptive to new technology and thus, doesn’t consider the same as a fit mechanism to undertake any legal obligations. As a consequence of the same, only a certain handful of cases concerning personal Cyber Space Jurisdiction have been decided by superior courts in India. The approach adopted here is very similar to the minimum contacts approach used in the USA. The exercise of jurisdiction is regulated by procedural laws.

Jurisdiction under the Indian law is dealt with through the Civil Procedure Code, 1908 for all matters of civil law. Section 6 of the Act provides for pecuniary jurisdiction while Section 16 provides for subject matter jurisdiction. Additionally, Section 19 deals with suits for movable property and Section 20 states where the defendant resides or the cause of action arises, i.e. territorial jurisdiction.

The problem that arises with respect to Section 20 is that while it provides for territorial jurisdiction, it doesn’t account for parties located in different jurisdictions wherein the medium of communication is in a different country.

According to Section 16 of the CPC, Indian Courts cannot assume jurisdiction over immovable property located in foreign countries. Foreign judgments may be enforced in India by way of reciprocating or non-reciprocating territories.

In case of a reciprocating territory, the judgment can be directly enforced by filing for an executive decree. This refers to any territory outside India which the Central Government may declare as reciprocating for the purposes of the Act. It includes countries like Canada and the UK.

On the other hand, judgments from a non-reciprocating country can be enforced in an Indian Court only by filing for a lawsuit. In this case, the foreign judgment is considered to be treated as evidence.

The Convention on Cybercrime held in 2001 was the first and only international treaty to deal with breaches of law that were committed via the internet and spoke of other information technology-related crimes.

This convention aimed at protecting the integrity and confidentiality of users around the world. Thus, the issue of international jurisdiction has been ever persistent and has been addressed before even when in context of the cyberspace.

Cooperation by nations is the main criteria required to tackle these issues related to Cyber Space Jurisdiction. If a separate dispute resolution body that specifically deals with cybercrime is introduced on an international level, it would make it easier for cybercrimes to be regulated and confronted. The decision of this body would be binding on all parties involved and it would use the UNCITRAL rules as guidelines to function effectively.

The internet continues to grow every day and is definitely here to stay. Most of our traditional methods of tackling cybercrimes have failed due to the rise in technology.

The central aim to be targeted with regards to cyber law is to find a method that is innovative and novel enough to not alter all of our legal systems but to also ensure that it is able to adapt to technology that comes our way.