Home  »  Articles   »   The Concept of Divorce and Indian Society 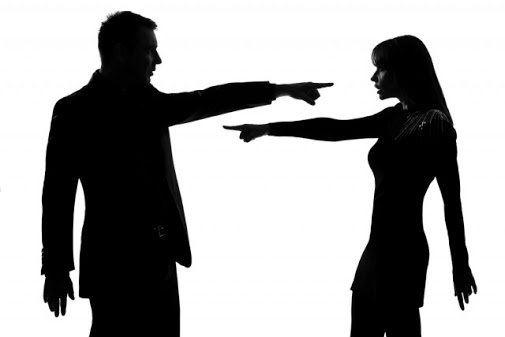 In India marriage is a sacred commitment between a man and a woman who’s union is given a social sanction as husband and wife. The couple requires to maintain equilibrium in their lives with each other to full-fill the expectations of their partner and to perform their marital duties. But the imbalance of such situations leads to divorce. Divorce is considered as one of the biggest problems of Indian society.

Modern India is facing the problem of an increase in the rate of divorce, which in turn is affecting the personal and social lives of a lot of people. The people who get directly affected by divorce are the family members of the spouses, especially their children.

In earlier times divorce in some parts of India was considered as a sin. The existence of the patriarchal society gave women less right to speak for themselves thus they had no right to divorce. The situations were quite similar in the earlier years after independence. It was during the 1970s when women were given equal rights for everything, such as the right to succession, right to divorce, etc. In the year 1976 amendments were made in The Hindu Marriage Act 1955, and divorce by mutual consent and Judicial Separation were allowed. Recently the Supreme Court has made rules on the abolition of Triple-Talak by Muslim men.

With modernization, a lot of joint families broke down and they moved to the cities to settle. That’s when people changed their attitude towards divorce. Changes in norms and values attached to marriage have played a major role in the breakdown of marriages. The emergence of feminism played a major role in the increasing rates of divorce. Even though India’s census says that it is women who are being divorced more than men, i.e. the ancient patriarchal system still has its influence in the modern world.

Divorce and Separation are two different concepts prevailing in our society yet they have similar effects. Divorce being the ultimate end to the marriage, Separation means non-cohabitation but the marriage still exists. The parties may separate under a decree of the court, known as judicial separation, or under an agreement entered into by them, called consensual separation. The stigma attached to divorce about facing society or what people would say, people, are getting separated more than being divorced. Especially when it comes to a woman it is still a tough decision to make as our Indian society is more judgmental towards them.

It was shocking when it was found that the rate of separation was higher in love marriages than an arranged marriage. And also the rates of divorce or separation do not differ much in urban and rural areas. Different states show different rates of divorce. The North-Eastern states have the highest rate of divorce, followed by the Northern states like Gujarat, Haryana and Uttar Pradesh.

Major reasons for divorce in India

Ancient India had fewer reasons for divorce. But our society is always changing and with this fast-changing society there emerged new and more reasons why people choose to get separated. It can be said that due to these reasons spouses find it easier or convenient to get divorced. Some of these reasons are listed below.

After the dissolution of marriage, the spouses find themselves asking several questions regarding the consequences of how their life will be. They also often face a problem relating to their child. Some of them may even start having second thoughts about their decision. If observed carefully the primary victim of a divorce is the child born out of the union. The child faces a number of imbalances in his life. The effects on a child of his parents’ divorce are often serious. He, himself starts having a lot of questions in his mind, such as; is he the reason that his parents are getting separated? Will he be able to see his parents together in the future? Who is the one that he will be staying with?

Divorce can create an emotional turnover for the whole family.  But divorce is more stressful for children. Separation of parents often brings the problem of how the child will be brought up Some are strong enough to rebound from that quickly, while some take a lifetime to get over. In the process of growing, seeing a relationship that the child used to idealize break, he finds it hard to make and work out a new relationship.

Apart from the child, in India, it is not easy for the parties to a divorce to have a settled life after the divorce. In the process of finding a new and improved life, a person starts facing new problems from different angles of the society, starting from his family itself. The problems are different for both parties. If divorced at an early age, the pressure of remarriage is often given by the family. Especially being a divorced woman in India is a real tough job. Criticisms she has to face directly or indirectly may have psychological effects.

When a marriage doesn’t work out, both the husband and the wife are equally responsible for it. But in fact, the wife is often blamed for that as she did not try enough to make it work or she gave up on her marriage too quickly. Apart from the court trial, the parties to a divorce face different unending social trials in different corners of society.

Brighter Side of Divorce

Divorce is often considered as an evil of our society. The brighter sides of divorce are never taken into consideration. Divorce can even make someone’s life better was never thought of before. Article 21 of the Constitution of India confers the right to every individual to live their life at its own terms and with dignity. Thus the Right to divorce can be considered as an aspect of the right to life and personal liberty.

The decision of divorce is not always bad. Divorces by mutual consent are often peaceful ones. The choice of having a peaceful life ahead at my own choice is something which I seek to have. It was found that the parties to a divorce find a sense of relaxation in their life because the fights were over. They find hope that their life will be better in the near future. A sense of pride about the experience of their marriage and things that they get to know about themselves builds confidence in them that they are capable enough to have a brighter future.

Separation of parents has time and again proved to be better a decision when it comes to the child. Regular fights that the child used to witness will be over. If with the divorce, the parents are happy they can take care of their child in a better way than they used to. Children seemed to bond with their parent in a better way when they spend some quality time with one parent at a time. It was also seen that observing their parent, children learned from the mistakes they made, thus they avoid repeating the same in their future.

Indian society has evolved a lot in the past decade. Yet the perspective towards divorce varies throughout India. Yet divorce has become a more familiar word than before, still, our society has not accepted it in the way it should be. Due to which couples remain silent and struggle to make adjustments in their marital life rather than making the tough decision of getting divorced and be happy.  Divorce is still considered as a battle between the right and the wrong and not as a choice of two individuals to live a better life in a better way.