This year –  2018 will be remembered as a landmark and golden year in the legal history of India. Supreme court passed many revolutionary judgments thus parting from following conservative thinking and customs like declaring using the section 377 of IPC to victimize homosexuals was un-constitutional, decriminalisation of adultery section and then recently the Supreme Court passed a… Read More » 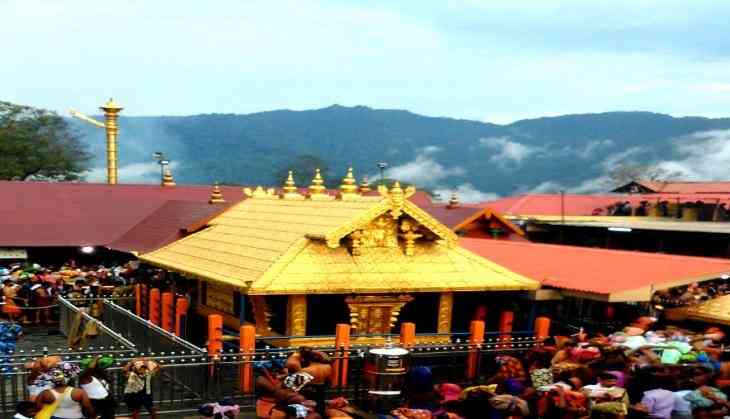 This year – 2018 will be remembered as a landmark and golden year in the legal history of India. Supreme court passed many revolutionary judgments thus parting from following conservative thinking and customs like declaring using the section 377 of IPC to victimize homosexuals was un-constitutional, decriminalisation of adultery section and then recently the Supreme Court passed a judgment in the famous case of Sabarimala temple. || Equality triumphed over religion – Sabarimala judgment

Well if we try to put it in one line the judgment of Sabarimala case we can say is that this time equality prevailed over religion and custom. Because if we see the history of supreme court’s approach in choosing between personal laws, custom and Equality the courts have preferred personal laws and customs over equality, may be because the time was not ripe for considering equality over religion and moreover, the court earlier didn’t want to go against strong public opinion, which was in favour of personal laws.

Various judgments show that the Indian court had many times supported the customs and rituals even though they were discriminatory, arbitrary and against the fundamental right of equality.

In this case, the Bombay High Court had ruled that the personal laws and customs cannot be said aside or can be treated as subordinate to that of the concept of Equality. And as a result, the Supreme court kept personal laws outside the purview of Article 13. Article 13- states that all laws in force in India shall become void if it violates fundamental rights.

Facts of the case were as follows- It was a petition moved by a Hindu man who was convicted for the offence of bigamy under the Anti – Bigamy laws. He raised a question that why there is discrimination? Why bigamy is an offence for Hindus and not Muslims? According to him this was against the concept of equality and therefore he pleaded that this discriminatory law should be set aside.

(1) All laws in force in the territory of India immediately before the commencement of this Constitution, in so far as they are inconsistent with the provisions of this Part, shall, to the extent of such inconsistency, be void

(2)The State shall not make any law which takes away or abridges the rights conferred by this Part and any law made in contravention of this clause shall, to the extent of the contravention, be void

(3)In this article, unless the context otherwise requires law includes any Ordinance, order, bye law, rule, regulation, notification, custom or usages having in the territory of India the force of law; laws in force includes laws passed or made by Legislature or other competent authority in the territory of India before the commencement of this Constitution and not previously repealed, notwithstanding that any such law or any part thereof may not be then in operation either at all or in particular areas

(4)Nothing in this article shall apply to any amendment of this Constitution made under Article 368 Right of Equality.

The court answered in negative and therefore decided that the Hindu and Muslim laws are based on religious scriptures this meant they are not enacted by legislature or by competent authority, therefore, it will be kept out of the purview of Article 13.

Article 25 – Freedom of conscience and free profession, practice and propagation of religion

(1) Subject to public order, morality and health and to the other provisions of this Part, all persons are equally entitled to freedom of conscience and the right freely to profess, practise and propagate religion.

(2) Nothing in this article shall affect the operation of any existing law or prevent the State from making any law.

(a) regulating or restricting any economic, financial, political or other secular activity which may be associated with religious practice;

(b) providing for social welfare and reform or the throwing open of Hindu religious institutions of a public character to all classes and sections of Hindus Explanation I The wearing and carrying of kirpans shall be deemed to be included in the profession of the Sikh religion Explanation II In subclause (b) of clause reference to Hindus shall be construed as including a reference to persons professing the Sikh, Jains or Buddhist religion, and the reference to Hindu religious institutions shall be construed accordingly.

Article 26 – Freedom to manage religious affairs subject to public order, morality and health, every religious denomination or any section thereof shall have the right

(a) to establish and maintain institutions for religious and charitable purposes;

(b) to manage its own affairs in matters of religion;

(c) to own and acquire movable and immovable property; and

(d) to administer such property in accordance with law.

Sabarimala Temple and its history

Amidst the hills, Ayyappan’s temple called Sabarimala is located in the Periyar Tiger Reserve, Kerala. It is one of the most important pilgrimages site for Hindus and as per records the second largest seasonal pilgrimage in the world to Mecca in Saudi Arabia.

This pilgrimage is not at all easy and requires devotees to follow a ‘Vratham’ for a period of 41 days prior to the pilgrimage. The 41 days are marked by wearing a special chain called mala which consist of Rudraksha. In the course of 41 days of Vratham, the devote is supposed to have a lacto-vegetarian diet, abstain from marriage and sexual relations, not consume alcohol in any form, and allow the growth of hair and nails without cutting them.

Why women were banned from entering?

There are many reasons some of them are as follows: –

A Constitution Bench of the Supreme Court held, by a 4 – 1 Majority, that the Sabarimala Temple’s practice of preventing the entry to women between the ages of ten and fifty was unconstitutional and therefore invalid. While there were many aspects to it like the having balance negotiation and interaction between the central legislation, the state legislation and the constitution.

The barring of women from the temple was justified and allowed till now on the basis of ancient custom, which was sanctioned by Rule 3(b), framed by the Government under the authority of the 1965 Kerala Hindu Places of Worship (Authorisation of Entry Act).

Section 3 of the Act states that places of public worship be open to all sections and classes of Hindus, subject to special rules for religious denominations. Rule 3(b), however, provided for the exclusion of “women at such time during which they were considered to be impure and polluted. These sections and provisions were against article 25(1), 26, 14 and 15(1).

The right of entry of women in temples before Sabarimala cases came up when Trupti Desai, approached the court to allow the entry of women in Shani Shingnapur temple thus putting an end to 400-year-old custom.

Observations made by judges

The fundamental right of women between the ages of 10 and 50 to enter the Sabarimala temple is undoubtedly recognized by Article 25(1). The fundamental right claimed by the Thanthris and worshippers of the institution, based on custom and usage under the Article 25(1), must necessarily yield to the fundamental right of such women, as they are equally entitled to the right to practice religion, which would be meaningless unless they were allowed to enter the temple at Sabarimala and to pray. Also, the court held that the barring of women from 10 to 50 years cannot be treated as an essential feature or custom of their religion.

Court held that The constitutional bench which had five judges, with one judge dissenting, held that any exception placed on women because of biological differences violates the equality provision of the Constitution.

As a result, the court by a majority of 4:1 held that barring of women from 10 to 50 years is unconstitutional and therefore invalid. The judgment is surely going to be a great milestone in the legal history of India. Yes, no doubt there is going to be lot of obstacles in implementing the order like proper and efficient management and facilities need to be provided plus the security of women is to checked and secure but in gross it can be said that for now, that equality triumphed over religion……….