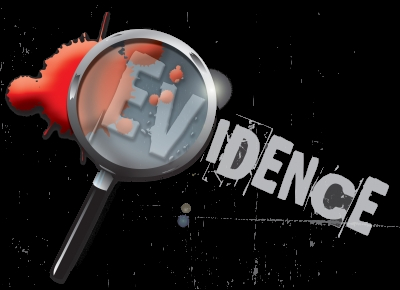 Section 91 to 100 of the Indian Evidence Act, 1872 lays down provision relating to exclusion of oral by documentary evidence. This rule is based on the principle that the best evidence, of which the case in its nature is susceptible, should always be presented. It is adopted to prevent fraud, for, when better evidence is withheld, it is only fair to presume that the party has some sinister motive for not producing it, and that, if offered, his design would be frustrated. The rule thus becomes essential to the pure administration of justice. Entisham Ali vs. Jamna Prasad, [(1921) 24 Bom LR 675]

EVIDENCE OF TERMS OF CONTRACTS, GRANTS AND OTHER DISPOSITION OF PROPERTY REDUCED TO FORM OF DOCUMENTS (SECTION-91):

The section emphasizes that when a contract, grant or some other disposition of property is reduced to the form of a document or is required by law to be reduced to a document, no evidence shall be given for the proof of it except the primary or secondary evidence of the writing itself. The section extends to both types of transactions, namely, which have voluntarily been made by writing and for which writing is compulsory, for example, transfers of immovable property of the value of Rs. 100 or upwards is required by law to be in writing. Thus writing becomes its own evidence and excludes all other kinds of evidence. The writing excludes oral evidence altogether.

This principle of exclusion applies only to a contract, grant or other disposition of property. A document or deed which cannot be described as a contract, grant or disposition of property shall not be affected by this rule. The Supreme Court held in Taburi Sahai v. Jhunjhunwala (AIR 1967 SC 1060), that a deed of the adoption of a child is not a contract within the meaning of Section 91 and, therefore, the fact of adoption can be proved by any evidence apart from the deed.

In Veeraswami v. Narayan (AIR 1949 PC 32), it was held that evidence can be given of any oral agreement which does not contradict, vary, add to or subtract from the terms of the document.

A patent ambiguity means a defect which is apparent on the face of the document. The document is apparently defective. Any person reading the document with ordinarily intelligence would at once observe the defect. In such cases, the principle is that oral evidence is not allowed to remove the defect. The reason for the rule is that the document being clearly or apparently defective, this fact must be or could have been known to the parties and if they did not care to remove it then it is too late to remove it when a dispute has arisen.

A latent defect means a defect which is not apparent on the face of the record. The document makes a plain reading. There is nothing apparently wrong with its language. But when an attempt is made to apply it to the facts stated in it, it comes out that it does not accurately apply to those facts. Thus the defect is not in the language used in the document, but in the application of the language to the facts stated in it such a hidden defect is known as a latent defect.

EVIDENCE AS TO MEANING OF ILLEGIBLE CHARACTERS, etc. (SECTION- 98):

The section permits evidence to be given of the meaning of words or marks of illegible character or words which are not commonly of intelligible character, foreign words, obsolete words, technical, local and provincial expressions, abbreviations words used in a peculiar sense.

WHO MAY GIVE EVIDENCE OF AGREEMENT VARYING TERMS OF DOCUMENT (SECTION- 99):

The parties to a document or their representative-in-interest cannot give evidence of a contemporary agreement varying the terms of the document. This disability is quite clearly contained in Section 92. But the provision is modified by section 99 to this extent that evidence of such an oral agreement can be given by a third party if he is affected by it.