Preamble Desire is the root cause of all evils. In such a case, think about the desire for alcoholism. Addiction to alcohol is very dangerous. For an alcoholic, life itself is uncertain. A few years back, Kollywood released a movie called, “Idharkuthaane Aasaipattai Balakumara” directed by Gokul. The movie funnily showed the evil consequences of alcoholism. A bank… Read More » 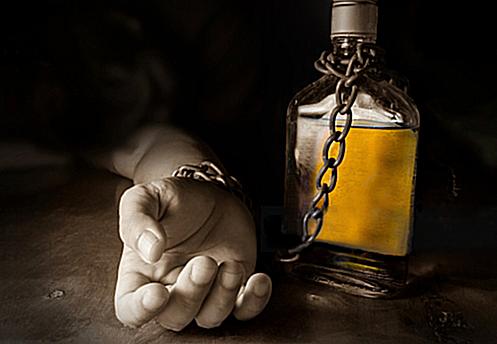 Desire is the root cause of all evils. In such a case, think about the desire for alcoholism. Addiction to alcohol is very dangerous. For an alcoholic, life itself is uncertain. A few years back, Kollywood released a movie called, “Idharkuthaane Aasaipattai Balakumara” directed by Gokul. The movie funnily showed the evil consequences of alcoholism. A bank employee drinks and rides. He hits a pregnant lady. The pregnant lady’s husband drinks and gets into the police station. To give blood to the pregnant lady, they find a guy, who is a thorough drunkard. This story revolves around the stories of drunkards. There are cases where people who drink end up having no faith in themselves and in God too.

India is a land, which saw the great feat of Nur Jahan, a Mughal Queen, who banned drinking. The alcohol ban is not new to us. The alcohol ban is a great feat that was scaled by many people. The King himself was indulged in drinking. Due to this, there was a need for the Queen to take care of the kingdom. The irony is that more than the King, the Queen ruled the Kingdom well. In that case, the Queen wanted the nobility to stop drinking. This made her arrival at a conclusion of banning alcohol. This was according to me the first attempt; a woman had taken to stop her subjects, for whom she is a guardian, from drinking. This attempt is to be followed.

Alcohol becomes today a symbol of freedom. Freedom is so pristine and divine. That divinity is lost, when people claim their addiction to alcohol as their freedom. Initially, they had lots of reasons to drink. The so-called love failures, so-called business deals, something called family issues etc. However, today we have ‘n’ number of reasons to drink. The reason could be “I’m 18”; “If men booze, why we can’t?”; “I am not a kid anymore”; “I’m independent” and the ridiculous one is… “The country is developing..” Alcoholism is not a symptom of the development of a country.

There are a lot of problems that are associated with alcoholism. The first problem is that of drunk and driving. This is a serious issue. During the last few years, there had been cases that involved cars that ran over people, as the driver was drunk. A person is liable to death when the victim is dead. The death is accounted to be a murder. Drinking is an issue with people, who stay on the roadsides. People, who do not have houses, have the roads as their abodes. Drunkards, who are freshly out of the taverns speed their vehicles without noticing the people around.

Taverns in residential areas are a menace to the residents. The roads are free to walk. Due to the fright of the speeding cars, people go to the extent of holding their children back from playing on the streets. Is the usage of freedom? The freedom of one person must not disturb that of another. In this case, freedom is not freedom at all. The only solution is not to drive when the person is drunk. The only question will be: “If you can afford to spend 400-800 bucks for a drink, why can’t you pay for a driver and keep him to drive at least when you’re drunk?”

The more the drunkards fled in their cars, the more the safety of the road is threatened. A drunkard is liable for the damages, he had caused to the place. Drink and Drive culture is growing. If this is the case, the boozers must be allowed into the bars, only when there is a driver in his car. If he drives on his own, there should be no supply of liquor to him. The bars ought to maintain a ledger with the signs of the drivers, who accompany them. If it is found to be a fraud, the license of the bars must be cancelled.

The better way is to avoid alcohol thoroughly. Alcohol maybe the goose that laid golden eggs. Macroeconomically, it yields well for the progress of the country’s economic growth. From a macroeconomic perspective, there are cases where the families of lowly paid workers suffer. Due to the availability of liquor, these workers get themselves indulged in drinking. Primarily Gluttony is one of the deadly sins then these people commit another sin in addition to it. These workers return and beat their wives and children at their homes. There are incidents where children are sent from schools because their fathers have taken their school fees to drink. Some go to the verge of pawning their children’s clothes to drink. If these shops are not closed, this will continue. At some point or the other, these families disintegrate. This pace leads to a fall of morale in society.

Not only in families that earn a little but in families that see good money, there are issues with the men drinking. Young men take up drinking because of a fantasy. Their wives and kids, who want to gain the attention of the father lose their bond with their fathers and then develop hatred towards them. Kids, wives, and parents of drunkards feel alienated. Sometimes they even go to experience the hell of defamation in the society due to their drunkard kith. Children are labelled as drunkard’s children in school at times. This must be stopped to have a better living.

There is happiness when there is an alcohol ban throughout India. States like Gujarat, Kerala, and Bihar enjoy the privilege of being a non-alcoholic state with development waiting. Alcohol ban can enable the country to reach a very nice state of civilization. There would be hardly any drunk and drive cases, no alienation in the family, no nuisance in the families and on the roads. The only problem is the financial issue. There is always a scope of balance. Proper counselling and guidance could also come to the aid.

Due to many husbands beating and fathers disturbance, there are not many able earners and learners. When this comes down, automatically there will be a boost in the country’s economy.