The Mayhem of Internal and External Security: Ushering a New Era of Operational Securitization Culture?

Introduction The interrelation of Internal and External Security is not a new phenomenon and the recent 9/11 attacks in the United States in 2001 and the attacks on civilian targets in Europe, par­ticularly the 2004 Madrid train bombings and the 7/7 London bombings of 2005 stand testimony to the fact that even developed and civilized nations in the… Read More » 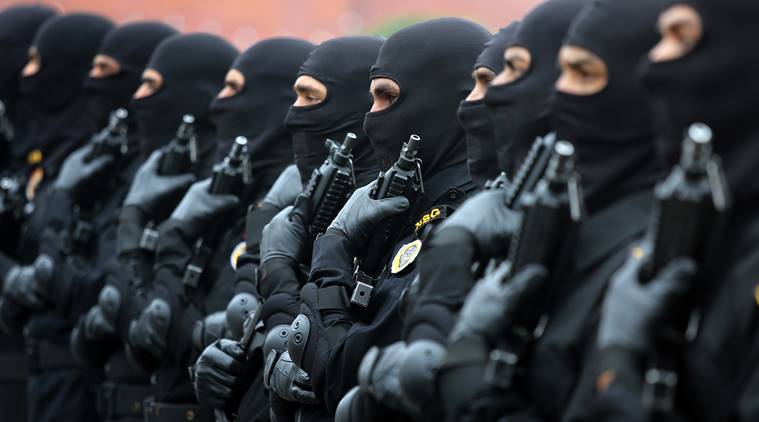 The interrelation of Internal and External Security is not a new phenomenon and the recent 9/11 attacks in the United States in 2001 and the attacks on civilian targets in Europe, par­ticularly the 2004 Madrid train bombings and the 7/7 London bombings of 2005 stand testimony to the fact that even developed and civilized nations in the West and Europe whose zones are well guarded aren’t free from Security Threats.

The shock caused by this attacks made the relationship between External and Internal Security more tangible where it came to be believed that External and Internal Security were part of ‘Single Whole’ rather than two separate dimensions. The spillover effects of Instability and Political Dissatisfaction elsewhere in the world are also increasingly affecting all nations equally.

Additionally, maintaining External and Internal Security requires high-level political commitment and ability for in-depth cooperation among all major stakeholders in the nation.

The Perception of Security: Progressive Challenges?

“Security” has a broad connotation with many dimensions. In terms of Internal Security, for instance, terrorist threats or any other major Crimes may pose a life-threatening danger. Other similar risks can threaten the functioning of society or parts of a society. The very recently emerging Cyber Attacks is the best example in this regard. In a similar vein, Immigration can also cause problems if there is a lack of social integration.

Environmental Pollution can adversely affect Health and Well-being as epi­demics and diseases can become global challenges. In short, rapid, spontaneous and unexpected External Developments also affects our Internal Security. Internal Security Strategy focuses mainly on improving coordination between the civilian actors that are responsible for the various areas of Internal Security. However, External Security is simply concerned with sealing the nation’s borders with military might and defending the land from unwanted foreign elements and Precipitated Wars.

The practical cooperation between different actors in the field of External and Internal Security cannot conceal the fact, however, that there is tension or even an unwilling­ness to optimally support each other at times. Non-Domestic Orientation and Improper Structural Balance in Governmental Organizations can result in extreme Security lapses disrupting the general peace.

Major Risks to Internal and External Security: The Modern Berserks?

According to the Institute for Security and Open Methodologies, the four major risks mainly associated with External and Internal Security Threats are Immigration, Terrorism, Cross-Border Crime, and these four risks often conflict in their area of origin.

For instance, Terrorist and Criminal Networks use migra­tion flows for their activities whereas Cyber Crimes are intertwined with Criminality which is inevitably translational in nature because of the internet’s worldwide reach. The interrelatedness of the four risk areas also requires coordination with respect to the policy and countermeasures of the actors in the four sectors.

“Immigration” is a phenomenon that is affected by internal and external factors through all layers of society and is dependent on various social, economic, political and cultural factors which underlie the threats posed by migration. Poverty and Instability, as well as other factors like Terrorism, Climate Change and other risks in the countries of origin, can lead to migration. Political unrest, a lack of Economic Development, Population Pressure, Ethnic and Religious Conflicts, Oppression and Instability in home countries are some other factors for the exodus.

In addition to political tensions and conflict in countries of origin, Governance is often poor or there is no unambiguous Migration Policy. Internal Problems such as xenophobic tendencies, the rise of Extreme Right Groups, Economic Developments in Europe and Inadequate Integration policies are also responsible for widespread Immigration.

“Terrorism” with no clear-cut cause is a major Security Risk has both internal and external dimensions that are usually interrelated. In terms of Terrorism’s external source, the risk of further geographic spread is high. The key sources of the problem show that instability caused by unrest, uprisings, and conflict in countries in North, East and West Africa, as well as in different coun­tries in the Middle East, is used by extremist, jihadists, al-Qaeda-like organizations and the recently founded ISIS to expand their respective power bases.

There is also a real danger of extremist terrorist organizations exploiting certain situations in such a way as to make a country totally ungovernable, result­ing in the complete collapse of political, social and economic structures. Such organizations, therefore, tend to try to disrupt national administrations with increasing religious intol­erance in communities making it more likely that situations will be exploited to advance a violent extremist agenda.

Financial Support from wealthy indi­viduals based in Qatar and Saudi Arabia who are committed to the Wahhabi or Salafi move­ment is greatly affecting the threat posed by these networks in the coming years leading to the process of ‘Radicalization’ both in other regions and within Western countries. Governments tend to overreact as part of their countermeasure and such overreactions can lead to further Polarisation and oppression of a society and a very repressive policy, which contribute to circumstances that are seen as causes of radicalization and Terrorism.

The threats posed by “Transnational Crime” or “Cross-border Crime” are unlikely to recede in the coming decade. There are two dominant factors in this regard: Increasing Flexibility and Mobility and a further shift from the physical to the virtual world.

Cross-border Crime will continue to be characterized by flexibility in terms of Form, Composi­tion, Allocation of Roles and Area of Activity. Vulnerability to organized Transnational Crime will remain and possibly increase because of the continuing mobility of people, money, and goods. Although individual States are making efforts to monitor these flows at a national level, there is no adequate and coherent picture of flows of people and/or goods at the global level.

People like smugglers, for example, take advantage of these omissions. In addition to physical mobility, the expectation is that Transnational Crime will continue to shift from the physical world to the virtual one. Although this development will manifest itself in a number of areas, it will be most apparent in terms of international financial flows through virtual channels which will be virtually impossible to monitor the nature and number of these flows.

Since contact with the physical world is not required or is required only to a minimum extent, it is more difficult to establish that a financial transaction or money laundering has actually taken place which altogether makes it more difficult to gather evidence.

Furthermore, the size and geographic reach of internationally operating criminal gangs are increasing whereas the efforts to bring them down remain fragmented across individual States that may or may not be fighting transnational crime in the context of joint projects. Smaller countries, in particular, are unable to adequately deal with Organised Crime. Relatively, new States usually struggle to find supranational responses to Transnational Crime.

Criminal networks will continue to exploit as long as the States remain dormant in effectively curbing these illegal activities because it causes serious Internal Security complications in the future.

“Cyber Espionage” or “Cyber Terrorism” or “Cybercrime” will inevitably increase because of growing internet dependency and the value of information is increas­ing without being paralleled by an increasing level of protection. A continuing lack of awareness of basic cyber threats (more advanced polymorphic malware, for example) in the public, private and civil sectors are making societies more vulnerable. The different target groups each have their own threats and vulnerabilities. The impact of Cybercrime or a Cyber-attack is probably greatest when it disrupts national systems/vital infrastructure.

Although the government is usually involved as a regulator, systems are often owned and managed by private parties. International Trade and the International Monetary and Financial System usually remain targets for Cyber-attacks. At interstate level and more generally, the issue of attribution, i.e. the inability to establish the origin of a Cyber-attack remains a problem that limits possibilities in terms of taking offensive countermeasures.

The probability of Cyber capabilities being used as a weapon by, among other actors, rogue states that can take advantage of the vulnerabilities of other countries will probably increase. The Cyber domain will become increasingly important in military operations, both defensively and offensively for the purpose of disrupting an adversary’s systems and activities. In military use of Cyber capabilities, national interests will probably delay progress with respect to international regulation, as a result of which vulnerability will remain needlessly high.

Continued rapid growth towards the ‘Internet of Things’ (a development in which everyday objects have network connectivity and can, therefore, be used for functional communication, which means that the internet will provide more than just access to websites, email and the like to users) is opening up new territory for Cyber Criminals.

The growing number of sensitive platforms – that is, infrastructure and services that are linked through the internet – is a particular challenge because many of them are secure only to a limited extent. The increasing complexity of direct machine-to-machine communication (‘man-out-the-loop’) related to this development may have unintended consequences like incidents, disruptions, and misuse.

The privacy of citizens seems to be at greater risk because of the possibility, for example, of linking their online behavior with different areas/sectors. The unlawful use of data of private individuals and governments, obtained by using the sensitivities of operating systems, will, therefore, remain a danger. In other words, while increased dependence on connectivity on the part of private individuals, government authorities and companies has its benefits which is also a danger in that all aspects of daily life are connected to the network, including home automation systems or medical equipment.

Ushering in a new era of Operational Securitization Culture, the essential nature of a common interpretation of the Security environment has come up in connection with the phenomena that have had a widespread and central impact on the development of the Security environment. But the formation of situational awareness based on a common interpretation is still considered to be non-existent.

The development of flexible cooperation structures in the Security sector, reinforcing proactive operations is seen as a key focus area with regard to future development.A transition must be made from point-like cooperation models based on bilateral relationships between organizations towards flexible expert network models that enable the broad-based inclusion of societal actors in Security work, including from outside traditional security organizations. Where linking of practical External and Internal Security matters with decision-making has been found to be lacking, increased flexibility and a response based situation specific development model is the need of the hour.

External and Internal Security are intertwined on multiple levels as a complex whole comprising various cause-effect relationships and their combinations. As a result of this development, External and Internal Security can no longer be told apart.The global security situation is affected by wide-ranging phenomena with complex formation mechanisms, such as Terrorism and related Radicalization and Recruitment, Organised Crimes, widespread Immigration, Cybercrime and influencing Security through Hybrid phenomena. Common denominators for these heterogeneous phenomena are the complexity of their formation mechanisms, the complexity of their mutual causation and the extensive nature of their societal impacts.

The rapidity and increase in complexity that is characteristic of developments in the Security environment increase the importance of Internal Security and requires the development of functions to match the changes in the context. In the current form of Security environment development, it is considered advisable to develop procedures that promote a deeper connection between the systematic analysis of the operational environment and response readiness in decision-making.