#Me Too movement- Sexual Harassment of women at workplace

In the era of globalization, modernization, and rationalization, one thing which is most applauded about is women empowerment. International leaders, celebrities, politicians, youth, and even the laymen talk about the blurring gap between men and women and uplifting women, not only socially but politically as well as economically.  But the irony is, it is all loose talk in… Read More » 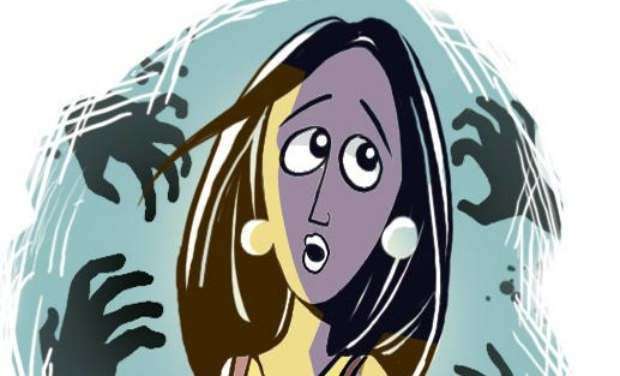 In the era of globalization, modernization, and rationalization, one thing which is most applauded about is women empowerment. International leaders, celebrities, politicians, youth, and even the laymen talk about the blurring gap between men and women and uplifting women, not only socially but politically as well as economically. But the irony is, it is all loose talk in the air because when the time comes to execute it practically, women are always portrayed as weaklings, needing male support at all times. || #Me Too movement- Sexual Harassment of women at workplace

The esteemed workplace where she can prove herself itself becomes the place where her wings get clipped. The question which arises is, what stops her in her workplace to work efficiently? What stops her to work freely without fear? The answer is, unfortunately, SEXUAL HARASSMENT AT WORKPLACE. Statistics show seven out of ten women are sexually harassed at the workplace. Around ninety per cent women are not aware of how to deal with the situation or what can be done to stop it or is there any way out? Fortunately, the answer to all these questions is, YES! And the credit for such steps goes to the judiciary as well as the government of India. Now, what is needed is generating awareness among women as well as people regarding prevention of sexual harassment at the workplace.

The Supreme court in Vishaka & others versus State of Rajasthan (AIR 1997 SUPREME COURT 3011) and others laid down guidelines directing that these guidelines would be strictly observed in all workplaces for enforcement of gender equality of women at the workplace.

But the immediate cause for filing such petition was the gangrape of a social worker in a village in Rajasthan. It was contended that sexual harassment leads to violation of fundamental rights under Art. 14 (equality before law), Art. 15 (Prohibition of discrimination), and Art 21 (right to life and personal liberty) of a woman. But by laying down necessary directions court had endeavoured to ensure “A safe working environment to women”. The court even directed central as well as state governments to consider the appropriate legislation for the same.

The second step was the Sexual harassment of women at workplace (prevention, prohibition and redressal) act 2013 [SHW ACT]. The act defines sexual harassment as ANY Unwelcome sexually determined behaviour, and demands, from male employees at the workplace, which includes:

It mandates all the employers to constitute an INTERNAL COMPLAINTS COMMITTEE [ICC] at each office or branch with ten or more employees and requires fifty percent should be women. It requires time-bound redressal of complaints which should be confidential. It requires employers to conduct education and sensitization programs and provide a safe working environment.

The other initiative was Justice Verma committee; it recommended Employment Tribunal comprising two retired judges, two sociologists and a social activist to obviate the need of ICC which was not functioning as it was intended.

This online initiative seeks to ensure effective implementation of SHW act 2013. Once a complaint is submitted to the portal, it will be directly sent to the ICC of the concerned ministry or department.

The SHE BOX will cater effective and immediate and speedier remedy to women facing sexual harassment as well it will help the complainant to monitor the progress of the inquiry.

Currently, the complaint can be filed by central government employees only, which will later be extended to all. Under the vision of digital India program, it will help in achieving the goal of gender equality and women empowerment.

Barack Obama once quoted, “A country’s progress and future depend upon how we treat our women and girls”. Let us ensure that women can live their dreams, by ensuring a safe work environment at the workplace where they can work in par with their male counterparts with no obstacles coming in their way, and appreciation coming their way for achievements.

Following the global anger and outrage over the Harvey Weinstein case in the West, where the famous Hollywood producer was accused of sexual harassment by over 70 women, the #MeToo movement has finally arrived in India, engulfing the whole media and entertainment industry.

Several women have bravely come out with stories about harassment and sexual abuse at the workplace at the hands of the powerful and higher-ups. In India it began with ever since actress and former Miss India Tanushree Dutta, in an interview, alleged that Nana Patekar misbehaved with her while filming a special song for Horn Ok Please in 2008, many well-known comedians, journalists, and actors have been named and shamed on social media in the past few days as allegations of sexual misconduct continue to burst out.

The movement gained momentum in India after former AIB comedian Utsav Chakraborty was accused of sexual harassment by a fellow comic, who also complained that the company had not taken any action despite her serious complaints. while another founding member Gursimran Khamba, who has also been accused of sexual misconduct, has been asked to go on temporary leave.

As the twitter and various other social media have an outpouring of many cases where women are coming and disclosing their instances of sexual harassment by their co-workers but then it has now because of so much of public attention has become a controversy and which in a way has diluted the movement. Because among these true incidents there might be a chance of many frivolous complaints against innocent people as well.

Well history is the evidence all the movements have their positive impacts as well as negative impacts. Let’s see how far this revolutionary movement goes? And Whether the pendulum of this movement will go towards the positive change or negative impact.