Introduction To begin with, Privacy means, “The condition or state of being free from public attention to intrusion into or interference with one’s acts or decisions”[1] which means there is certain information regarding any individual which he or she would not like to disclose with anyone. What seems to be essential to privacy is the power to seclude… Read More » 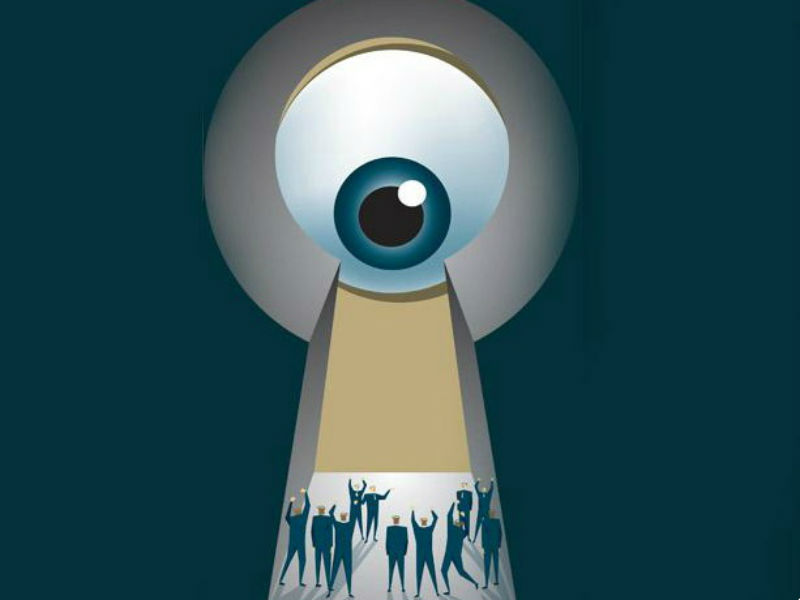 To begin with, Privacy means, “The condition or state of being free from public attention to intrusion into or interference with one’s acts or decisions”[1] which means there is certain information regarding any individual which he or she would not like to disclose with anyone. What seems to be essential to privacy is the power to seclude oneself and keep others from intruding it in any way. These intrusions may be physical or visual and may take any of several forms including peeping over one’s shoulder to eavesdropping directly or through instruments, devices or technological aids.[2]

The first instance where the question of right to privacy as fundamental right has come up was way back in the year 1954 in MP Sharma v Satish Chandra, District Magistrate Delhi[4], where, an investigation was ordered by the Union government under the Companies Act into the affairs of a company which was in liquidation on the ground that it had made an organized attempt to embezzle its funds and to conceal the true state of its affairs from the shareholders and on the allegation that the company had indulged in fraudulent transactions and falsified its records. Offences were registered and search warrants were issued during the course of which, records were seized.

The challenge was that the searches violated the fundamental rights of the petitioners under Article 19(1) (f) and Article 20(3) of the Constitution and a nine-judge bench rejected the challenge and question which addressed was whether there was a contravention of Article 20(3)[5].

In support of arguments reference was made to the judgment[6] of the US Supreme Court that, illegal seizures and search violate of Fourth and Fifth Amendments of the American Constitution but disregarding that contention the court held that the seizure was for a temporary period of time and it doesn’t violate Art.20 (3) of COI, and there isn’t any enough justification to import privacy law of US in India.

Later, again in the year 1964 in Kharak Singh and State of UP[7], the Supreme Court had the occasion to consider the ambit and scope of this right when the power of surveillance conferred on the police by the provisions of the U.P. Police Regulations came to be challenged as violating of Articles 19(1) (d) and Article 21 of the Constitution.

The Court repelled the argument of infringement of freedom guaranteed under Article 19(1) (d) of the Constitution, and the attempt to ascertain the movements of an individual was held not to be an infringement of any fundamental right. The minority judgment, however, emphasized the need for recognition of such a right as it was an essential ingredient of personal liberty.

The change in the above contentions and the evolution of Right to privacy started in the later years wherein cases, Govind v. State of M.P[8] and R. Rajagopal v. State of T.N[9], the word ‘privacy’ has been defined as “right to be left alone” and held that every citizen has a right to safeguard the privacy of his own, his family, marriage, procreation, motherhood, child-bearing and education among other matters. No one can publish anything concerning the above matters without his consent – whether truthful or otherwise and whether laudatory or critical.

If he does so, he would be violating the right to privacy of the person concerned and would be liable in an action for damages. Position may, however, be different, if a person voluntarily thrusts himself into controversy or voluntarily invites or raises a controversy and this rule has been laid subjected to certain exceptions.

The issue of privacy right has fired up again in the year 2011 in Aadhaar Scheme Case, Bench of three judges of this Court, while considering the constitutional challenge to the Aadhaar card scheme of the Union government noted in its order that the norms for and compilation of demographic biometric data by government was questioned on the ground that it violates the right to privacy they referred the case to a 9 bench judge to addressed validity of MP Sharma and Kharak Singh Cases, where the questions raised were:

Where, the 9 bench judge in its 547-paged judgement had held that Right to privacy is an inalienable intrinsic element of the right to life and personal liberty i.e. Article 21of the COI. In addition, India’s commitment to a world order founded on respect for human rights has been noticed along with the specific articles of the UDHR and the ICCPR which embody the right to privacy[10].

The constitutional makers might not have intended to include the said right in the Constitution, but the technology we are experiencing today is far different and advanced from the lives of generations who drafted the constitution, so there is a need for change in the method of a resolution for the newly emerging problems so the solutions must undergo a process of re-engineering.

Right to privacy has been postulated in both positive and negative content. The negative content restrains the state from committing an intrusion upon the life and personal liberty of a citizen. Its positive content imposes an obligation on the state to take all necessary measures to protect the privacy of the individual. If any such invasion has to be made on the right of privacy it must meet the three-fold requirement of:

As of now, there isn’t any specific and certain law for the protection of privacy, the private bills on Privacy Laws are still pending in the Parliament. But there are certain provisions in the IT Act, 2000 under Section 43A, the government framed eight rules to protect the privacy of an individual. These all relate to seeking permission from a company before accessing privacy data of individuals and fixing liabilities for violation of the same.

Apart from it, Right to Information Act, 2005, the Indian Easements Act, 1882, The Indian Penal Code, 1860, The Indian Telegraph Act, 1885, the Bankers’ Books Evidence Act, 1891, the Credit Information Companies (Regulation) Act, 2005, the Public Financial Institutions (Obligation as to Fidelity and Secrecy) Act, 1983, the Payment and Settlement Systems Act, 2007, the Income Tax Act, 1961, the Aadhaar (Targeted Delivery of Financial and other Subsidies, Benefits and Services) Act, 2016, the Census Act, 1948, the Collection of Statistics Act, 2008, the Juvenile Justice (Care and Protection of Children) Act, 2015, the Protection of Children from Sexual Offences Act, 2012 and the Information Technology Act, 2000 have provisions relating to protection of privacy of individuals in the country.

Steps taken by the Government to protect the Right to Privacy

During the course of the hearing of the case[11] the Union government has placed on the record an Office Memorandum dated 31 July 2017 by which it has constituted a committee chaired by Justice B N Srikrishna, former Judge of the Supreme Court of India to review inter alia data protection norms in the country and to make its recommendations. The terms of reference of the Committee are:

I opine that the government should speed up the process to protect the interests of the citizens and should come up with new laws to protect the privacy of the citizens as everyone, because of the growing technology, are vulnerable towards an attack on their privacy. Mere declaration of it as a constitutional right isn’t enough and stringent laws should be made on it.

And to the other side, in a country which has greater problems to deal with such as poverty, unemployment, communal acts of violence, improper sanitation and lack of education would this right even matter at ground level apart from the elitists.

[5] No person accused of any offence shall be compelled to be a witness against himself.