Transfer of Property - Meaning and Types 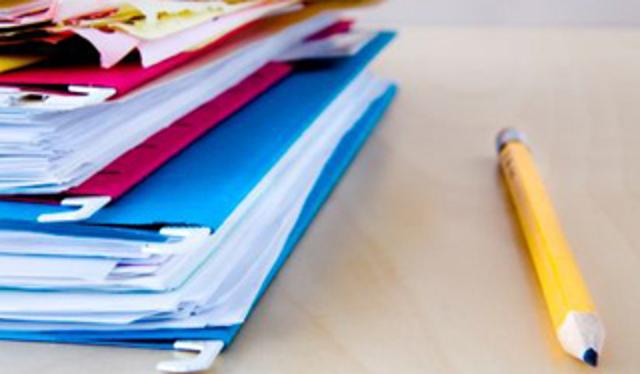 In this section “Living Person” includes “a company or association or body of individuals whether incorporated or not, but nothing herein contained shall affect any law for the time being in force relating to transfer of property to or by companies, associations or bodies of individuals.”

The transfer of property may be made to take place with immediate effect or to take place on a future date; however the property must be in existence at the date of transfer. There can be no transfer of future property. The expression ‘in present or in future’ governs the word ‘conveys’ and not the word ‘property’, e.g., A transfers his property to B for life and then to C. The transfer in favour of B is present (although he gets only life interest) but the transfer in favour of C is future transfer.

The transfer of property as defined under Section 5, is an act between two living persons. Thus the conveyance of the property must be from one living person to another living person. However transferee need not be a competent person like transferor. A transferee may be a minor, insane or child in mother’s womb.

The word “living person” includes corporations and other association of person. A transfer can be made by a person to himself, as for instance when a person vests property in trust and himself becomes the whole trustee.

In Harish Chandra v. Chandra Shekhar, AIR 1977 All 44 , it was held that a realease-deed is a conveyance, hence a transfer of property. If the release deed states that the releaser was the owner and it shows an intention to transfer his title and its operative word sufficiently was the conveyed the title it would amount to transfer.

What may be Transferred

Section 6—”Property of any kind may be transferred, except as otherwise provided by this Act, or by any other law for the time being in force.”

A mere possibility/chance/expectancy of an, heir succeeding to an estate is excluded from the category of transferable property, e.g., A a Hindu, dies leaving a widow B and On two C. C has only a spes successionis, as his succession to the estate is dependant on 2 factors, i.e., his surviving the widow B, and B leaving the property intact.

By a Mere given to right of re-entry meant a right to resume possession of-land which has been given to another person for a certain time. It is usually inserted in lease empowering the lessor to re-enter up a breach of covenants in the lease.

(a) A grants a lease of a plot of land for 5 years to B with the condition that B shall not dig a tank on the land. B digs the tank. A relates to transfer C the right of re-entry for the breach of the condition committed by B. The transfer is invalid.

An easement B a right to use, or restrict the use of land of another in some way, for example, right of way, right of water or light, etc. (Section 3 Easement Act). These right cannot be transferred without the property which has the benefit of it.

E.g., if a house is lent to a man for his personal use, he cannot transfer his right of enjoyment to another. Similarly a religious office like those of mutawali of a wakf or of mahant of a math and emoluments attached to priestly office cannot be transferred. ,

A right to future maintenance is only for the personal benefit of the person to whom it is granted, thus it cannot be transferred.

Thus prohibition is based on the ground of public policy as the public office is held for qualities personal to incumbent.

If the office is not public, it would be transferable, even though the discharge of its duties should be indirectly beneficial to the public.

This clause forbids the transfer of certain things which from their very nature are not transferable, e.g., res communes (things of which no one in particular is the owner and may be used by all men), res nullius (things belonging to nobody).Res extra commercium (things thrown out of commerce)

Again, any property otherwise transferable becomes non-transferable when the object or the consideration of the transfer is unlawful (within. the meaning of Section 23, Indian Contract Act).

Lastly, a transfer cannot be made in favour of a person who is disqualified to be a transferee.

Section 7 of the Act provides that, “Every person competent to contract and entitled to transferable property, or authorised to dispose of transferable property not his own, is competent to transfer such property, either wholly or in part and either absolutely or conditionally, in the circumstances, to the extent and in the manner, allowed and prescribed by any law for the time being in force.”

Such incidents include where the property is land, the easement annexed thereto, the rent and profits thereof accruing after the transfer and all things attached to the earth;

and where the property is money or other property yielding income, the interest or income thereof accruing after the transfer takes effect.”

Transfer by Persons before they Acquire the Interest

Section 6(a) of the Act provides certain things which are non-transferable (spes sucessionis). These are as follows—

(i) Chance of an Heir Apparent

Both Hindu and Muslim law forbids transfer of the expectancy. A mere possibility or expectancy of a heir succeeding to an estate is excluded from the category of transferable property. Thus a Hindu reversioner has no right or interest. In presents in the property which the female owner holds for her life, e.g.:

A dies leaving two widows and a reversionary heir B. The widows set-up a Will which authorised them to adopt a son. B filed a suit challenging the validity of the Will and in order to raise money for the litigation transferred his share to C. The court set-aside the Will. On the death of the widows B entered possession of A’s estate. C sued B but C’s suit was dismissed as B, at the time of transfer, had spes successionis in A’s estate and, therefore, could not transfer it.

The chance of a relation receiving a legacy is a possibility even more remote then the chance of succession of an heir, and therefore, is not transferable.

Such possibilities which belongs to the same category as the chance of an heir apparent or the chance of a relation obtaining a legacy, e.g. The possibility of winning a lottery or a prize in a certain competition cannot be transferred. A good illustration of this category is the ‘next cast in a fisherman’s net’. No one can guarantee that any fish will be caught, and the fisherman himself has no interest in the fish until they are caught in his net.

Section 43. Transfer by unauthorised persons who subsequently acquires interest property transferred-where a person fraudulently or erroneously represents that he is authorised to transfer certain immovable property and professes to transfer such property for consideration such transfer shall at the option of the transferee, operate on any interest which the transferor may acquire in such property at any time during which the contract of transfer subsists.

Nothing in this section shall impair the right of transferees in good faith for consideration without notice of the existence of the said option.

Illustration—A, a Hindu who has reported from his father B, sells to C three fields X, Y and Z representing that A is authorised to transfer the same. Of these fields Z does not belong to A, it having been retained by B on the partition, but on B’s dying A as heir obtains Z, C not having rescinded the contract of sale, may require A to deliver Z to him.

The general rule of nemo dat quod non habet (no one can give to another, what he himself does not have) has been relaxed through this section. The principle of this section is based partly on the English doctrine of estoppel by deed and partly on the equitable doctrine that a person who has promised more than he can perform must make good his promise when he acquires the power of performance.

For application of this section requisites must be satisfied—

Subsequently acquired interest does not pass automatically to transferee but only when he claims the right in such property.

The exception to this section (Second paragraph of Section 43) protects the rights of the record transferee in good faith and for consideration who has no notice of the option in favour of the first transferee.

Section 6(a) and Section 43 compared

Section 6(a) and Section 43 seems to conflict each other. Where Section 6(a) deals with spes-successionis and sender mere possibility/expectancy of a heir succeeding to an estate as an un-transferable property, through Section 43, such transfer can be made effective if transferor subsequently acquires those property and other conditions satisfied.

In Jamma Masjid v. K. Deviah, AIR 1962 SC 847 Supreme Court explained the relationship between two sections. Court said that Section 6(a) and Section 43 relate to two different subjects and that there is no necessary conflict between them. Section 6(a) would apply where there is a transfer of a mere spes successionis and the party knowing that the transferor has no more right than that of a mere expectant heir Section 43 applies where an erroneous representation is made by the transferor to the transferee that he is the full owner of property and authorised to transfer it.

Supreme Court held that Section 6(a) enacts a rule of substantive law while Section 43 enacts a rule of estoppel which is one of evidence. Thus, these two provisions operate on different fields and under different conditions and there is no ground for reading a conflict between or cutting one b reference to the other. Each of them can be given full effect on their down the ambit of their own terms in their respective spheres.