Introduction The constitution is the supreme law of the country, it is not a mere document but the one which runs the country and has a special legal sanctity. It sets out the framework and principal functions of the basic organs of the government describe their structure, powers and regulate their relationship with people. It stands for human… Read More » 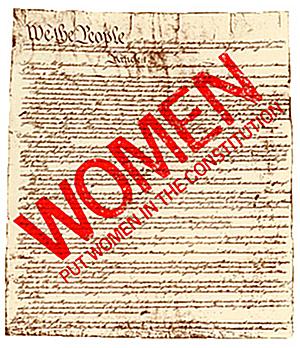 The constitution is the supreme law of the country, it is not a mere document but the one which runs the country and has a special legal sanctity. It sets out the framework and principal functions of the basic organs of the government describe their structure, powers and regulate their relationship with people. It stands for human values, cherished principles, and spiritual norms.

As said in a report of the United Nations, 1980 – “women constitute half of the world population, perform nearly two-thirds of works hours, receive one-tenth of the world’s income and own less than one- hundredth percent of world’s property”.

Indian constitution has various provisions dealing with the upliftment and empowerment of women in the country. The framers of the constitution were well aware of the unequal treatment and suppression of women in India from time immemorial. Thus, they have included certain special provisions which are guaranteed only to women.

The preamble is the heart and soul of the constitution and it gives the brief introductory statement that sets out the guiding purpose, principles and main objectives the country must run on.

It aims to secure to all the citizens Justice in social economic and political aspects, Liberty of thought, expression, belief, faith and worship, Equality of status and of opportunity, and Fraternity assuring the dignity of the individual and unity and integrity of the Nation.

The whole of the preamble set out the golden goals which are to be achieved by the Indian Polity, where granting each individual the same value and respect and upholding their dignity irrespective of the gender.

Part III of the Constitution constitutes the Fundamental Rights, they represent the basic values cherished by people and create conditions in which every human being can develop his personality to the fullest extent and impose negative obligations on the State not to encroach on individual liberty in its various dimensions.

The Judiciary has pitched in and struck down the various such regulations which were gender discriminatory. In the case Air India v. Nargesh Meerza AIR 1981 SC 1829, where it struck down the Air Indian Regulations relating to the retirement of air hostess where regulation 46 said the air hostess would retire from the service on attaining the age of 35years, or on marriage if it took place within first four years of service or on first pregnancy, whichever occurred earlier.

But 15(3) is one exception to this general rule laid down which reads as “Nothing shall prevent the State from making any special provision for women and children”. This is based on the concept of protective discrimination.

In the case, Rajesh Kumar Gupta v. State of U.P, AIR 2005 SC 2540, upheld the 50% favourable reservation for women as primary school teachers as a large number of young girls below 10 years were being taught in such schools and it would be preferable that such young girls taught by women.

In the case, Gayathri Devi Pansari v. State of Orissa, AIR 2000 SC 1531, upheld the government of Orissa’s order reserving a 30% quota for women in the allotment of 24-hour medical stores as a part of self-employment schemes.

The courts have always upheld the provision made in favor of the women, in particular, the criminal law provisions which have women exemption from prosecution.

In the case, C.B. Muthamma v. Union of India, AIR 1979 SC 1868, the validity of Rule 8(2) was challenged which requires women members of the service to obtain the permission of the Government in writing before marriage is solemnized and at any time after of the marriage, a women member of her service maybe require to resign from the service if the government is satisfied that her family and her domestic commitments are likely to come in the way of the due and efficient discharge of her duties as a member of the service and the court has struck down this as unconstitutional and violative of fundamental rights as they were prejudicial to women.

The right granted must be exercised consistently with human dignity and sexual harassment at the workplace amounts to its violation. Before the enactment of the Sexual Harassment of Women at Workplace (Prevention, Prohibition and Redressal) Act, 2013, the Supreme Court had laid down certain guidelines in the case Vishaka v. State of Rajasthan, AIR 1997 SC 3011, for protecting the women at workplace so that any women wouldn’t have to face any problem while working in any sector.

In the case, Vikram Deo Singh Tomar v. State of Bihar, AIR 1988 SC 1782, where the court has ordered the State government to maintain minimum conditions of standards in regard to food, medical and living conditions of Care Home, Patna as the state is entitled to ensure human dignity.

In the case, Chandra Rajkumari v. Police Commissioner, Hyderabad AIR 1998 AP 302, as held that beauty contest of women is not in their true form are objectionable. But if there is an indecent representation of the figure of a woman or if there is any matter derogatory of women, then it would offend the Indecent Representation of Women (Prohibition) Act 1986 and also Article 21.

In the case, Madhu Kishwar v. State of Bihar, (1996) 5 SCC 125, held that the Chotanagpur Tenancy Act, 1908 of Bihar which denied the right to succession to Scheduled Tribes Women as violative of the right to livelihood under Article 21.

Right to privacy has been an integral part of the right to life, and the SC in the case, State of Maharashtra v. Madhukar Narain, AIR 1991 SC 207, where a police inspector has demanded a prostitute to have sexual intercourse with him where, she denied and raised alarm, when he was prosecuted he said she was a lady of easy virtue and her evidence was not to be relied on. Court held that no one can invade any women’s privacy.

In the case, Vishal Jeet v. Union of India, the court held that traffic in human includes devadasi system, which has been prevalent in India from time immemorial and also instructed State governments to take action under the law to eradicate child prostitutes and further in another case to establish juvenile homes for them.

Directive Principles of State Policy are the guidelines for the state to function for the welfare of the people. While discussing the draft of Constitution of India, the need for protecting the interest of the women was stressed by Damodar Swarup Seth.

In furtherance of it, the Parliament has enacted the Equal Remuneration Act, 1976 which provides for payment of equal remuneration for both men and women workers and prevents discrimination on the ground of sex.

In the case, Randhir Singh v. Union of India, AIR 1982 SC 879, the court held that even though equal pay for equal work is not a fundamental right but is certainly a constitutional goal and therefore, capable of being enforced.

Reservation of Seats for Women in an Election to Local Bodies

The reservation policy is a positive affirmative action so that women can be part of political bodies in the country and play role in the lawmaking process of the country.

Parliament as of now provides, reservations for women seats in the election of Panchayats and Municipalities under the Articles 243D and 243T which were added through the 73rd and 74th Amendments.

In extension to the 73rd and 74th Amendments, the Constitution 81st Amendment Bill was introduced in the parliament way back in 1966 to reserve one-third of seats in Lok Sabha and State Assemblies. However, this bill has not yet been brought in to shape due to political overtures.

Constitution of India keenly guards and protects women’s rights and mandates equality with men in all the spheres. In addition to it, women are given preferential treatment. And if any such intrusion is made on the rights of women, the judiciary check on them.

Despite all these constitutional rights and measures, the condition of women in India is still worse, they are still vulnerable to many things. The recent report of WEF Global Gender Gap Report 2017 says, India has closed 67% of its gender gap, while, some of its neighbors like Bangladesh ranked 47th while China was placed at 100th. The time predicted to change this status is 100 years as per the current rate of progress. Even though women are setting equal footing with men the aspects like Preference to the male child, dowry, Patriarchal society attitude are the few reasons why their cant be achieved gender equality in India.

Even crimes against women are growing, in particular, brutal crimes such as rapes, dowry deaths, and honor killings. These trends are disturbing as a natural prediction would be that with growth comes education and prosperity, and a possible decline in adherence to traditional institutions and socially prescribed gender roles that hold women back.