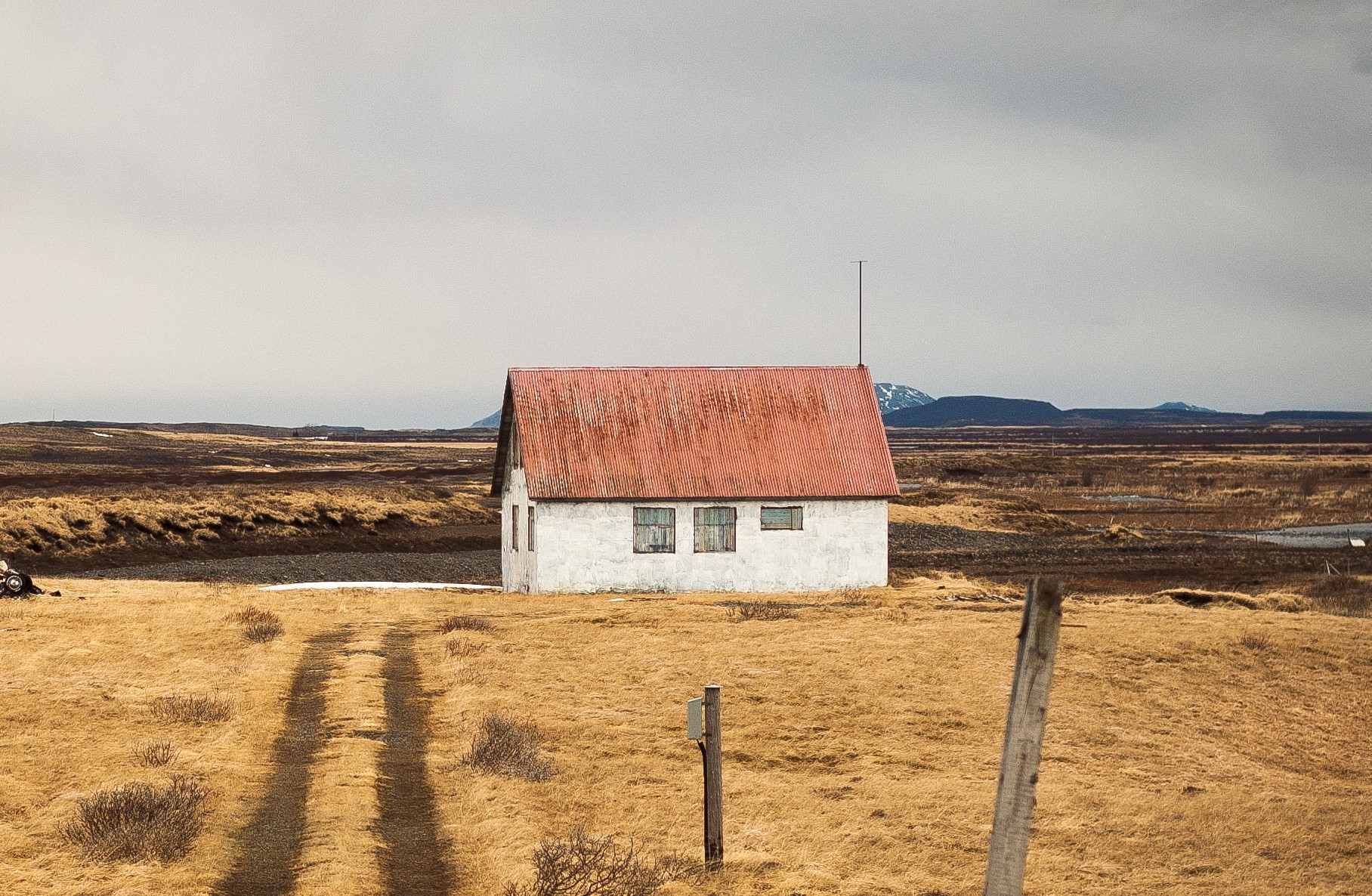 I. Meaning of Lis Pendens

The term ‘suit’ indicates a legal action or proceedings initiated by a person invoking the judicial mechanism set up by the state for a peaceful relief of his grievance.

This doctrine is based upon the English common law maxim “ut lite pendente nihil innovator”, it means that during the litigation no new rights should be introduced.

This maxim is a rule which is based upon the necessity for final adjudication and also on the just ground that it will be impossible to bring a suit to a successful culmination if the alienation is allowed/permitted during the pendency of the suit.

II. This doctrine is embodied in Section 52 of the Transfer of Property Act, 1882.

Section 52 provides that : “During the pendency in any court having authority within the limits of India excluding the state of Jammu & Kashmir or established beyond such limits by the Central Government of any suit or proceeding which is not collusive and in which any right to immoveable property is directly and specifically in question, the property cannot be transferred or otherwise dealt with by any party to the suit or proceeding so as to affect the rights of any other party thereto under any decree or order which may be made therein, except under the authority of court and on such terms as it may impose.[1]

Explanation: For the purpose of this section, the pendency of a suit or proceeding shall be deemed to commence from the date of the presentation of the plaint or the institution of the proceeding in a court of competent jurisdiction, and to continue until the suit or proceeding has been disposed of by a final decree or order and complete satisfaction or discharge of such decree or order has been obtained, or has become unobtainable by the reason of the expiration of any period of limitation prescribed for the execution thereof by any law for the time being in force.”

The principle of Section 52 prohibits the transfer or otherwise dealing with property which is in question, during the pendency of the suit.

The plaintiff would be liable in every case to be defeated by the defendants, alienating before the judgment or decree and would be driven to commence his proceeding de novo subject again to the same course of the proceeding.”

III. The basic ingredients of the doctrine of Lis Pendens

The suit commences on the date of filing of the plaint and it is deemed to continue until a final decree or order has been passed determining that matter. That means the suit is considered to be pending even if there is a chance of appeal against the decree determining that suit or the execution of the decree is pending.

Example: A dispute regarding the title of the property X arose between A and B. A was then in the possession of X. The matter was brought before the District court. The District Court passed the decree in favour of A. While the decree was appealable, A sold the property X. The transfer would be considered via Section 52 or the Doctrine of Lis Pendens.

Illustration: A dispute over property was presented before the court. However, the plaint was returned on the ground that the court before which the plaint was presented did not have the competent jurisdiction to try it. Before it could be filed before the court which had the competent Jurisdiction to try the suit, A who had the possession of the property, executed a gift deed of the same in favour of his wife and son. It was held that on the date when the gift deed was executed, there was no suit pending before the court of competent jurisdiction, and therefore the doctrine of Lis Pendens will not apply to this gift.

The doctrine applies to the sale, specific performance of a contract, mortgage suit, easements, pre-emption, the charge created by Hindu widow on the Hindu Joint Family Property etc. and is not applicable to the suits related to debts, rents, accounts (house tax), etc.

The term collusive suit depicts ‘the suit filed with conspiracy’. It is a sham suit. Here, the parties to the suit enter into an agreement with the intention to defeat the rights of the transferee. The suit presented or pending must be genuine and not a collusive one.

Example: A was familiar with the fact that the property belonged to Mr B. They entered into an agreement and decided together to go for litigation where A would question the title of B over the property. During the pendency of the suit, A professed to transfer the property to C for money. In this case, the property would go to C and the doctrine of Lis Pendens will not be attracted.

Partition of the Joint Hindu Family property does not amount to a transfer, but is covered under the expression ‘otherwise dealt with’. Hence, a partition of the property which is a subject matter of the suit, affected during the pendency of the suit would be subject to the rule of Lis Pendens.

Any transfer made with the permission of the court and in accordance with the term imposed by it, will not be subject to the rule of Lis Pendens.

The parties to the suit include the ones who file the plaint or petition i.e. the plaintiffs and the ones against whom the relief is prayed for i.e. the defendants, or their representatives on their demise. The transfer made by a person before he is made a party to the suit is not affected by the doctrine of Lis Pendens.

Example: A, the landlord filed a plaint against B (tenant), that he hasn’t paid the rent for two months. Meanwhile, A transfers the property which is the subject matter of the suit, to C. It does not fall under Section 52 as it does not affect the rights of another party.

The test to determine the applicability of Section 52 is the nature of the claim in the suit and not the property in dispute.

IV. Status of the transfer

Section 52 is prohibitive in nature. It uses the phrase ‘the property cannot be transferred or otherwise dealt with’. At the same time, the transfer during the pendency of the suit is not void. It is only subject to the outcome of the litigation. Hence, the transfer is voidable at the instance of the affected party, except to the extent that it may conflict with the rights conferred under the decree held to be valid.

The transferee only takes the title of the transferor subject to the result of the pending litigation. Hence, mere pendency of the suit does not prevent one of the parties from dealing with the property that is the subject matter of the suit.

Law simply postulates a condition that the alienation will in no manner affect the rights of the other party under any decree which may be passed in the suit unless the property was alienated with the permission of the court. The transferee cannot deprive the successful plaintiff of the fruits of the decree if he purchased the property during the pendency of the suit and he is bound by the decree as much as the parties to the suit.

V. NOTICE/ Can the transferee seek the protection under Section 43 of Transfer of Property Act, 1882

Section 52 is based on the rule of expediency and public policy. Hence, no question of good faith or bona fide arises.

Example: There is a matter pending before the court of competent jurisdiction between A and B. Property X is the subject matter of the suit. A professes to transfer X to C during the pendency of the suit. The transfer is hit by Lis pendens. Later on, the decree is passed in favour of A.

Now C cannot ask A to transfer the property under Section 43 of TPA, 1882. It is immaterial whether C had the knowledge of the pendency of the suit or not, or whether A notified C or not because the doctrine is based on the concept of necessity and not notice.

The section provides that it is open to the court to permit any party to the suit to transfer the property to on terms which it may think fit to impose.

In Amarnath v. Deputy Director of Consolidation[4], it was held that party is said to be a party to the suit if the decision or judgement is likely to affect the share of such a party and the decision would be binding on him too. Thus A,B,C, are brother; C is residing in a distant town while A and B are residing together. A files a suit for partition and does not implead C or his father X.

Though X and C are not parties to the suit, yet the subject matter of the suit is the same, and neither X nor C legally and validly transfers or alienate his share to a third party. In such case the ultimate decree is likely to affect the shares of X and C too. Thus, there may be a case where a party may not be locked in a civil suit or proceeding; yet such a party may be affected by the judgment/decree is such a suit.