Doctrine of Fruits of Poisonous Tree

This article titled 'Doctrine of Fruits of Poisonous Tree' is written by Divya Aswani and discusses the concept of evidence gathered by illegal means. I. Introduction The doctrine of "Fruits of a Poisonous Tree" is an extension of the exclusionary rule of evidence. 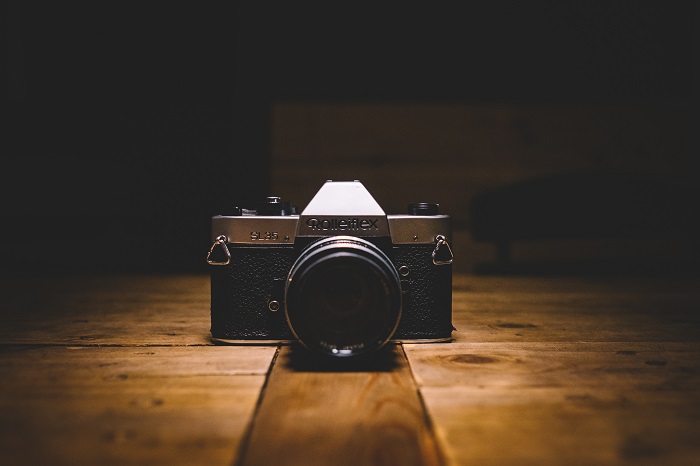 This article titled 'Doctrine of Fruits of Poisonous Tree' is written by Divya Aswani and discusses the concept of evidence gathered by illegal means.

The objective is to deter misconduct – negligence, recklessness, etc. on part of the investigating agency. The application of doctrine extends to both live testimonies and physical evidence obtained through illegal means, directly or indirectly.[4]

The phrase "Fruits of a Poisonous Tree" is an Anglo-American common law principle. It refers to the illegal and improper procurement of evidence during an investigation by investigating agencies and whether such neutral information based on evidence gathered illegally is admissible before the court of law.

The phrase refers to a situation where the tree, i.e., the foundation of the evidence is tainted and hence the fruits, i.e. anything deriving from it will bear the same flaw. In the United States, any evidence gathered from an illegal investigation, search or seizure will be excluded from the evidence as such evidence is the fruit of the poisonous tree. The debate is about whether such illegally obtained evidence should be admissible in evidence before the court of law.

In 1920 the US Supreme Court in the case of Lumber Co. v. U.S.[1] held that if during an illegal search, the key to the post box is found and this box contains a crucial document which will prove the guilt of the defendant, this document will not be admissible in the court as evidence as it is a fruit of an unlawful search, that is, a poisonous tree.

III. Evolution of the Doctrine and the Fourth Amendment of the U.S. Constitution

The doctrine of "Fruits of the Poisonous Tree" was coined by Justice Frankfurter of the United States Supreme Court postulating that illegally procured evidence becomes inadmissible in the court of law as evidence. In accordance with the Fourth Amendment to the United States Constitution[5], which was part of the Bill of Rights, a police officer cannot search the person or his house without probable cause or without a legally obtained search warrant.

In 1914, the U.S. Supreme Court in the case of Weeks v. United State[6]s wherein a federal agent conducted a search for gambling evidence without a warrant at Fremont Weeks house and this evidence was used at the trial, while the trial court convicted Weeks for gambling, the Supreme Court held that the use of this evidence was barred by the Fourth Amendment, Weeks was acquitted and the doctrine of "Fruits of the Poisonous Tree" was born. After the decision of the Supreme Court in the case of Mapp[7], the defendant's claim of unreasonable seizure and search became commonplace in criminal proceedings and all states in the U.S. started to adhere to this exclusionary principle.[8]

However, this is not an absolute rule and there are certain exceptions that are created over a span of time. The same are as follows-

As per the exclusionary rule, the improper or unlawful evidence initially used to obtain the search warrant is excluded while under the doctrine of Fruits of Poisonous Tree any evidence whatsoever obtained during the search is excluded as the search is the resultant of the poisonous tree, that is, the illegally obtained search warrant.[10]However, the law in India pertaining to this doctrine of "Fruits of Poisonous Tree" is distinct from that in the United States.[11]

IV. Applicability of Doctrine in India

In furtherance of this, even the Indian Constitution empowers the Apex Court to order production or discovery of any document/fact or evidence before it. The Indian Evidence Act, 1872 is based on English law and the objective is to look at the relevancy of the evidence and then its admissibility. The source or the tree from which the fruit (evidence) came holds no priority.[12]

The Supreme Court in 1973 in the case of R.M. Malkani[13] deliberated on the issue of admissibility of evidence that is illegally obtained. In the present case, it was a telephonic conversation that was recorded through a sting operation. It was argued that it is not in consonance with the procedure of law and against Article 20(3) right against self-incrimination of the Indian Constitution.

Regardless, the court held that it was a piece of evidence that was obtained voluntarily without any force or coercion and hence the audio recordings were admissible as evidence before the court. The court has then on various occasions held that so long as the evidence is not hit by Sections 24, 25 and 26 of the Indian Evidence Act, it'll be admissible even if illegally and improperly obtained.[14]

In India, a document that was procured by improper or even illegal means could not bar its admissibility provided its relevance and genuineness were proved.[15] Thereafter, the Constitutional Bench in 1974 in a case relating to evasion of tax wherein books of accounts were seized illegally, held that information seized could be used in evidence even if the search was illegal as the Indian Evidence Act, 1872 only provides for relevancy as a test for admissibility of evidence and not the source as to how it was obtained.[16]

This argument was also raised before the Court hearing the review petitions seeking an inquiry into the Rafale deal wherein it was held that illegally obtained evidence is not liable to be shunned out and every detail that enables the court to reach a just conclusion with respect to the guilt of the accused should be presented before the court irrespective of whether it was procured legally or illegally.[17]

Henceforth, the position in India with regard to the applicability of the Doctrine of Fruits of Poisonous Tree is distinct from that in the United States.

However, another significant aspect to be noted here is that until then right to privacy under Article 21 of the Constitution[18] was not recognized by the Supreme Court. After its recognition, the scope of section 5 of the Indian Evidence Act, 1872 can be further explored and there is a possibility that the Indian Courts take a stand similar to that of the U.S. Supreme Court. The admissibility of the illegally obtained evidence can now be questioned before the Court.

No statute can contradict the fundamental rights enshrined under the Indian Constitution. Section 5 of the Indian Evidence Act, 1872 has now to be read with Article 20(3) (rights against self-incrimination) and Article 21(right to privacy) of the Indian Constitution. This will lead to a position similar to that in the United States, that is, effectively excluding illegally procured evidence based on the principle of reliability, protectiveness, disciplinary and judicial integrity.

The doctrine of fruits of poisonous tree proposes the question as to the admissibility of the physical and psychological evidence obtained through illegal and improper modus. The judiciary in the United States settled the position by causing the fourth amendment to their Constitution.

However, until 2018 the position was settled in India that this doctrine has no parallel application in our country but presently, this question remains unanswered as the statute does not explicitly prohibit such practice but the fundamental right to privacy has been recognized and so by implication the doctrine of Fruits of Poisonous Tree should be applied in India making the illegally obtained evidence inadmissible in the Indian courts.

[14] Every Evidence is Good, Available Here.

[17] Fruits of the Poisoned Tree: Should Illegally Obtained Evidence be Admissible? Available Here.