Taxes are regulated by law and must be paid. Lawful taxation is the only way to levy and collect taxes. Fiscal law is passed every year, and it has a direct impact on the majority of the population due to its secrecy and time constraints. Intricate prepositions and a wide range of circumstances and conditions necessitate this legislation’s… Read More » 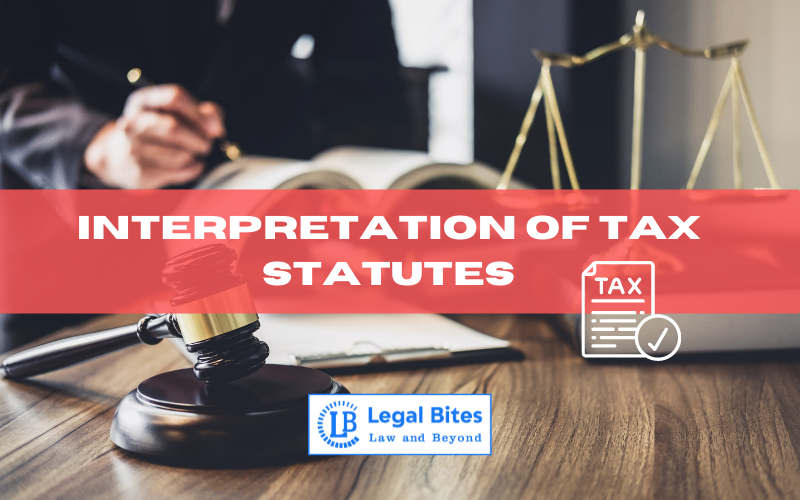 Taxes are regulated by law and must be paid. Lawful taxation is the only way to levy and collect taxes. Fiscal law is passed every year, and it has a direct impact on the majority of the population due to its secrecy and time constraints. Intricate prepositions and a wide range of circumstances and conditions necessitate this legislation’s complexity, as well as the fine distinctions it incorporates in an effort to adapt specifically for them. There are therefore numerous and...

Taxes are regulated by law and must be paid. Lawful taxation is the only way to levy and collect taxes. Fiscal law is passed every year, and it has a direct impact on the majority of the population due to its secrecy and time constraints. Intricate prepositions and a wide range of circumstances and conditions necessitate this legislation’s complexity, as well as the fine distinctions it incorporates in an effort to adapt specifically for them.

There are therefore numerous and intricate pieces to the body of tax statutes as a whole. Another factor contributes to the complexity of fiscal laws. Taxes, on the other hand, are as complicated as life itself. As long as we remember the special bearer bonds programme for cleaning out dark money, taxes can’t be just. They can’t be made to be easy. History shows that it is impossible to implement practical taxes for businessmen.

There should be no ambiguity in the wording of exemption notifications; if an exemption is granted on the basis of meeting particular criteria, those criteria must be met; the claim of “substantial compliance” is dependent on the facts of each individual case.

Traditionally, British India’s economy was based on agriculture, and the tax structure reflected that. A major source of revenue for the federal government was customs duties, which were used to meet the domestic demand for manufactured goods, primarily from Britain and other commonwealth countries.

Jute and tea, which India had a near-monopoly in the world market, were the main products subject to export charges, which were charged on all imports. Every now and again, new customs and tariff laws would be passed.

As a result, principles of interpretation have emerged that are based on the simple meaning of words and their grammatical meanings and on the intention or purpose of lawmakers.[1]

Tax law in India provides a rich set of instances for examining the interpretational techniques of the Indian judiciary. The court’s broad observations are first presented, and then the cases are analysed from a variety of perspectives. The court must first determine the facts, and then apply the law in accordance with those circumstances.

When it comes to political power, there are three groups that make up the legislative, executive, and judicial branches. The term “interpretation” implies “to give meaning to.” The basic job of the court is to interpret statutes in order to deliver justice. Every part of the statute must be interpreted and construed in harmony, according to the most prevalent rule of interpretation.

Rowlatt J.’s iconic comment in Cape Brandy Syndicate v. I.R.C.,[4] best enunciated the notion of rigorous interpretation of taxation statutes: “When interpreting a tax statute, one should focus on the language that is presented in the statute itself. Any sort of intention is out of the question. A tax has no basis in fairness. The existence of a tax is not assumed. Nothing should be taken as read or implied. It’s possible to examine the terminology used objectively.”

The subject can be taxed if the court finds that the situation falls squarely within the parameters of the law. For those cases that fall outside of those defined by a taxation statute, no tax can be imposed based on speculation, analogy, or any other method other than what the legislature actually intended. For refund purposes, submitting a tax relief application is essential. It is a well-established fact that tax exemptions work against the interests of the taxpayers. If a tax refund is in the form of a tax exemption, the claimant will lose.

Manila North Tollways Corporation v. Commissioner of Internal Revenue,[5] was a recent example of this. CTA repeated its view that a request for tax treaty relief must be lodged prior to taking any use of tax treaty provisions when it had an opportunity to apply this principle of rigorous construction once more.

The taxpayer in this case filed with the International Tax Affairs Division (ITAD) more than a year after paying its dividends to stockholders a request for relief from double taxation as well as a request for a refund. The court found that the claimant did not adhere to the requirement set forth in Revenue Procedures in a straightforward manner.

An application for tax treaty relief must be made at least 15 days prior to dividend payment, according to Memorandum Order (RMO) No. 1-2000. Due to the claimant’s failure to meet these requirements, the court dismissed his request for a tax refund.

Due to the notification’s stated goal of preventing double taxation, the assessee was denied the exemption in Innamuri Gopalam and Maddala Nagendrudu v. State of A.P.,[6] and as such, no exemption could be provided.

The Supreme Court ruled that the assessee was entitled to an exemption based on the notification’s clear language and that the aim could not be taken into account because it was not expressed in simple English.

In C.I.T. v. B. M. Kharwar,[7] the assessee transferred machinery from a business to a private limited company in order to avoid paying taxes on the sale. He argued that the transaction itself was simply a step towards readjusting the economic relationship between the partners inter se, in an attempt to avoid being taxed on the surplus realised above the written-down value of the apparatus.

To untangle a transaction’s “device” employed by a party, the taxing authorities could discover the genuine legal relationship resulting from a transaction, but the legal effect of a transaction could not be changed by examining its “substance.”

In Steel Authority of India Ltd (SAIL) v. C.C.E.,[8] the issue was whether raw naphtha intended for use in the manufacture of fertilisers was exempted notwithstanding the fact that it was never used.

For circumstances where a party has done everything expected of it, but failed or erred in some minor or consequential areas that cannot be regarded as “essence” or “substance” of the criteria, the doctrine of substantial compliance is a judicial creation of an equitable nature.

The acceptance or rejection of a claim of “substantial compliance,” like the concept of “reasonableness,” is contingent on the specific facts and circumstances of each case, as well as the goal and context of the prerequisites necessary to achieve the goal and purpose of the rule or regulation in question.[9]

If a clear legislative prerequisite necessary to carry out the statute’s goal and purpose has not been met, such a defence cannot be raised. Indeed, the Court should evaluate whether the Act has been followed sufficiently to carry out the intent of the statute, rather than a mirror image sort of severe enforcement.

It is the court’s job to examine whether the law has been obeyed to the fullest extent possible in order to achieve its stated purposes as well as any other legitimate ones that may have been contemplated when it was enacted.

When a party seeks the benefits of an exemption clause that is important, fiscal statutes normally strive to preserve the need to comply strictly with regulatory requirements that are vital.[10]

When it comes to tax and duty exemptions, strict adherence to the conditions and requirements that must be met is critical. The doctrine of substantial compliance, on the other hand, argues that it is acceptable to overlook minor inconsistencies in the terms and conditions if an honest attempt is made to comply with them.

Strict Construction of the Exemption Clause Everyone knows that in order to be granted an exemption or concession, one must prove their eligibility for it. It is necessary to interpret a provision granting an exemption, concession, or exception closely, taking into account both the context in which it was included in the statute and the goal it was intended to accomplish with the exception.[11]

If an exemption is offered based on meeting certain requirements, those requirements must be met. However, if there is a failure to comply with any standards that are merely directory in nature, the non-compliance of which would not alter the core or substance of the notification providing exemption, some latitude can be shown.

In Hansraj Gordhandas v. H.H. Dave,[12] the court concluded that the terms used in the notification must be the sole basis for interpreting it. According to the concept that there is no place for ambiguity in a taxing act, the subject should be determined only by the plain terms of the notification, i.e., by the exemption’s plain language, this was held to be the case. It’s possible that an exemption notification will contain both directory and obligatory provisions.

Legislative provisions that have a substantive character and were drafted with specific policy goals in mind should be distinguished from those that are purely procedural and technical in nature. Exemption notifications are no longer built on the same set of concepts.

Exemption from duty can be granted by the Central Government by a notification issued under Section 25(1) of the 1962 Customs Act. It is possible that such a waiver will be conditional or unconditional. Before or after approval, these requirements may be required.[14]

In rare cases, the government may grant an exception by issuing a special order. Publication in the Gazette of the notification of exemption is required. It is only permissible to issue a notice if it is in the “public interest”.

The taxing law is equally as rigorously drafted as the rest of them. Another thing to keep in mind is that a tax relief application must be completed before one can receive an exemption or tax reduction. It is a well-established fact that tax exemptions work against the interests of the taxpayers. If a tax refund is in the form of a tax exemption, the claimant will lose.

It is imperative that the taxing enactment be carefully interpreted and that the authority to tax is clearly established, which is strict and favourable construction. To close loopholes, courts shouldn’t use strained language or extraneous meaning.