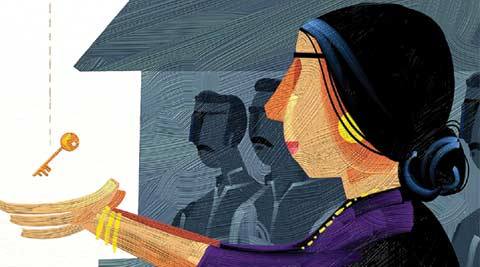 Such manager of the joint Hindu Family is known as the Karta of family and he enjoys immense powers in respect of the management of the affairs of the family and its property.

The position of Karta in a joint Hindu family is unique. He is that person who takes care of the whole family and its property and administers it and all the members of the family remain in discipline under his control and are bound by his decisions. A Karta incurs unlimited liability and is representative of the family in all affairs. It has been said regarding the position of Karta that no one else is equivalent to him in the family. The position and powers are wider than anyone.

Who can be a Karta

Whether a Junior-most coparcenary becomes a Karta

Generally, it does not happen but in the case of Narendra Kumar v. Income Tax Commissioner-1976, it was held that a junior coparcener can be the Karta with the consent or agreement of all the coparceners.

In another case of Harihar Sethi v. Ladu Kishore Sethi -2002, it was held by the Orissa High Court that junior coparcener can be the Karta when the senior most coparcener waives his right of Karta then a junior member can become Karta.

Whether mother can become a Karta

In the case of Pandurang v. Pandurang (1947), it was held by the Nagpur High Court that the mother can become Karta if there is no other adult coparcener here the Supreme Court does not agree to this view in the case of Commissioner of Income-tax v. Seth Govind Ram AIR 1966 SC 24.

The Karta of Joint Hindu Family at a time can only one.

It was in 2005 when the amendment was brought in the Hindu Succession Act with the aim to remove gender discriminatory provisions regarding the right to property. It was indeed a great initiative by the Supreme Court in the direction of providing equal rights to both daughters and sons.

The major achievement was including all daughters, especially the married daughters as coparceners in the HUF by amending the provision which excluded the rights of daughters from the coparcenary property. A female member, the daughter of a coparcener shall by birth become a coparcener in the same way as the son. This was upheld in the case of Shreya Vidyarthi v. Ashok Vidyarthi & Ors (AIR 2016 SC 139).