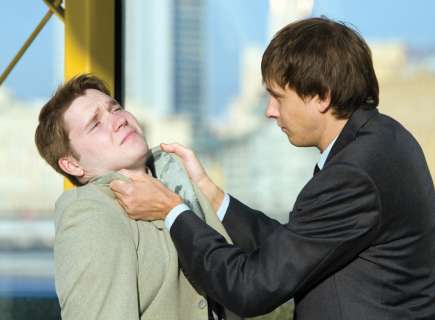 It means damage which is not coupled with an unauthorized interference with the plaintiff’s lawful right. Causing of damage, however substantial, to another person is not actionable in law unless there is also the violation of a legal right of the plaintiff.

In Mayor of Bradford v. Pickles, (1895) AC 587, the House of Lords held that even if the harm to the plaintiff has been caused maliciously no action can lie for the same unless the plaintiff can prove that he has suffered injuria. In this case, the plaintiffs had been deriving water from the adjoining land of the defendant which was at a higher level. The defendant sank a shaft over his own land which diminished and discolored the water flowing to the land of the plaintiffs.

The plaintiffs claimed an injunction to restrain the defendant from sinking the shaft alleging that the sole purpose of the same was to injure the plaintiffs as they did not purchase his land at an exorbitant price.  The House of Lords held that since the defendant was exercising his lawful right he could not be made liable even though the act, which injured the plaintiff, was done maliciously.

In Mogul Steamship Co. v. McGregor Gow and Co.,(1891) AC 25, a number of steamship companies combined together and drove the plaintiff company out of the tea-carrying trade by offering reduced freight. The House of Lords held that the plaintiff had no cause of action as the defendants had by lawful means acted to protect and extend their trade and increase their profits.

The maxim damnum sine injuria can be better explained by the following mathematical formula as deduced by Prof. S.P. Singh in his book ‘Law of Tort’ as:

Injuria sine damno means the violation of a legal right without causing any harm, loss or damage to the plaintiff. It is just reverse to the maxim damnum sine injuria. In Ashby v. White, (1703) 2 LR 938, the plaintiff was a qualified voter at a parliamentary election, but the defendant, a returning officer wrongfully refused to take plaintiff’s vote. No loss was suffered by such refusal because the candidate for whom he wanted to vote won in spite of that. The defendant was held liable, even though his actions did not cause any damage.

In case of injuria sine damno, the loss suffered by the plaintiff is not relevant for the purpose of a cause of action. It is relevant only for assessing a number of damages. If the plaintiff has suffered no harm and yet the wrongful act is actionable, nominal damages may be awarded.

Thus, the maxim injuria sine damno can be better explained by the mathematical formula deduced by Professor S.P. Singh in his book ‘Law of Tort’ as: