A Brief History of Gambling & Online Casinos in India

When it comes to leisure activities, gambling is considered to be one that brings enjoyment to individuals who partake in it. You will be well aware that you will be compelled to gamble anything of considerable worth, and that there is a big risk of ruining all you have worked so hard for. Because everything is contingent on… Read More » 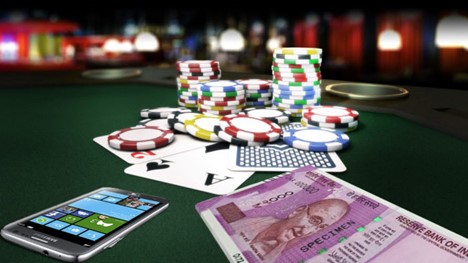 When it comes to leisure activities, gambling is considered to be one that brings enjoyment to individuals who partake in it. You will be well aware that you will be compelled to gamble anything of considerable worth, and that there is a big risk of ruining all you have worked so hard for. Because everything is contingent on the outcome of a tossed ball or dice, or a mixture of chance and strategy, the odds of victory are exceedingly unpredictable in nature. Regardless of whatever casino game you choose to play, the chance of losing or winning money is the same for both games.

Gambling and betting are among the earliest activities documented in texts on tombs, dating back thousands of years. Previously, the conclusion could be anticipated by labelling sticks and other things. All of this was predetermined by destiny and fate, as was everything else. There are several passages of the Bible that are suggestive of gambling, including the casting of lots by Roman soldiers for the cloth worn by Jesus at his execution. Because of the revenue generated by gambling and lotteries in the 15th century, gaming was permitted by the authorities, government, and bigger organizations during this time period.

Because of the equations, gambling houses were established in the 17th century, when mathematicians began to take it literally as a kind of entertainment. It was throughout the 1980s and 1990s that addictions began to surge in popularity. Individuals were unable to maintain control over their betting habits in this setting. This was identified as a problem that impacted more than one per cent of the population, which required treatment with therapeutic strategies for their addicted habits in order to be successful.

A lengthy period has elapsed since the game gained popularity in India. According to legend, the first depiction in India gained fame during the epic Ramayana period. The attitude toward and tolerance of gambling in the Ramayana has had a good influence, and gambling is no longer thought to be outlawed or taboo. However, the unfavourable attitude against gambling may be observed in the Mahabharata period, which began around 3200 BC.

The seeds of the Bibhitaki tree were used as a type of dice as far back as 300 BC. Rather than dice, astragali were used in their place. Riding and playing on animals became a favourite pastime for Native Americans. They started off with ram wars and cockfights, but as time went on, the entire thing evolved into competitive horse racing. Known for their inclination to gamble and squander their money without a second thought, Indians are notorious for their reckless spending. When it comes to the development of video games, Indians are widely regarded for their contributions to the project. The fact that Europeans created the dealing cards with Indian themes may have escaped your attention.

Broad legislation governing gambling in India was enacted in 1867, and it is known as the Public Gambling Act. While some states complied with this statute, the remaining states adopted their own set of rules and guidelines. “Gambling Legislations” are a term used to describe legislation that was passed before the introduction of Indian internet casinos. Despite the fact that the country’s highest court does not support such games of chance, this sector produces a substantial amount of income.

Gambling has been declared legal in the Indian regions of Goa and the Union Territory of Daman. When it relates to gambling, List II of Schedule 7 of the Constitution Of India specifies that all states have the authority to make their own judgments and formulate their own legislation.

India separates gambling games into two categories: games of luck and games of skill. Games of chance are the most popular type of gambling in India. Randomized games are also referred to as games of chance. For such games, you are not permitted to have any previous skills or knowledge. Dice gaming and number picking are examples of this type of game. These kinds of games are not permitted in the nation. Whenever it comes to a game of any skill, on the other hand, you must have previous understanding and skills to be successful. For such activities to be played successfully, analytics, logical reasoning, and decision-making are necessary. These games are regarded to be lawful in most jurisdictions.

The existence of online casinos in India is still up in the air. Gambling has now established itself as a popular pastime, and we believe that it will have no harmful influence on people’s lifestyles. Those who wish to make smart choices while engaging in a secure and comfortable place will be provided with the necessary information and skill training.