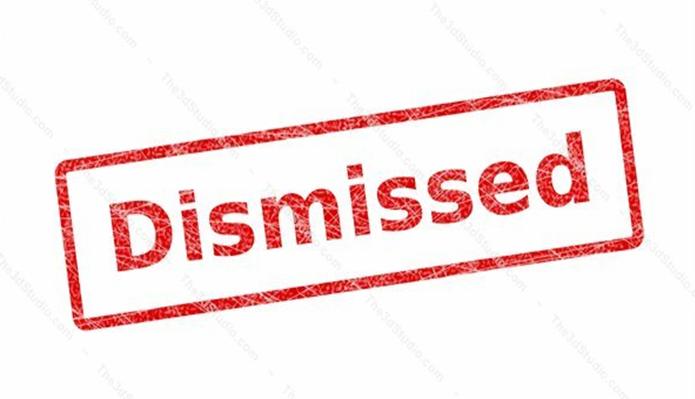 Procedure of Dismissal of Complaint under the Code of Criminal Procedure, 1973 | Overview

This article shall deal with the reasons, procedure and remedies after the dismissal of a complaint by the Magistrate. A complaint is a formal grievance set forth before a Judicial Magistrate informing him that certain offence has taken place and requesting him to inquire into the same. Several times, the complaint is dismissed for lack of merit and other reasons.

Section 2(d) defines a complaint as a form of the allegation made against a certain person either acquainted with the complainant or a stranger, requesting the Magistrate to inquire into the same and cause it to be investigated by appropriate authorities. Thus, the essential of a valid complaint is that it must allege the occurrence of an offence which is punishable under the IPC or any other penal law.

In a case in West Bengal (since the complaint was dismissed, it is not reported) in 2019, a wife named Mrs Saroj Gupta filed a complaint under Section 506 of the IPC for the offence of criminal intimidation asserting that her husband threatens her to commit suicide. This was a fit case of criminal intimidation but, however, the complainant said that she wanted the Magistrate to just mention the fact of such threat and not take action.

The complaint was dismissed and the Magistrate observed that the power and procedure to record complaint cannot be used as a proof for personal gains or safety. It is the process of criminal investigation and the first step to trial. Thus, if any of the above elements are not mentioned in the complaint or omitted from the complaint, it can be dismissed.

Section 203 of the Code of Criminal Procedure, 1973 deals with the dismissal of the complaint and the provision commences with the expression that “after the complainant and witnesses have been examined and report of the investigation has been submitted…”[1].

This means that this provision cannot be explained without dealing first with the process of filing the complaint and the procedure followed after the complaint is filed.

Section 190 of the CrPC empowers a Magistrate to take cognizance of an offence brought to his/her notice by filing a written or oral complaint by a person. Moreover, if a police officer has investigated a case believing it to be of a cognizable offence which turned out to be non-cognizable, the report of investigation filed by the police officer can be treated as a complaint and the Magistrate is empowered to take cognizance of such complaint as well under Section 190.

These are the two ways in which a complaint reaches a Magistrate. After the complaint is received, the Magistrate registers the complaint and make a note to this effect and the complainant is asked to be present on a specific date and time.

According to the provisions of section 190 (1) (a) of the Code the comprehension, possibly taken after accepting a complaint of such circumstances which comprises an offence. At the end of the day, we can say that when a composed complaint unveiling an offence is recorded under the watchful eye or guidance of a Magistrate or a Court and when the Magistrate makes registration of such complaint as aforesaid for recording the assertions or any averments of the complainant and the observers, witnesses or other persons present, if any, under section 200 of the Code, the Magistrate is esteemed to have taken the cognizance of the offence.

Reasons for Dismissal of Complaint

The first requirement for dismissal of the complaint is that the Magistrate must apply his mind while taking any decision and making an order of dismissal. This does not mean literally he should apply his mind.

It means that the Magistrate must look into all the reasons for dismissal with no prejudice and grant all possible opportunity to the complainant to save the complaint from being dismissed. There are several reasons for the dismissal of a criminal complaint, inter alia, most essential of which are as follows:

In criminal law, a lot of things and considerations need to be considered before an order is made. A complaint is usually filed in a non-cognizable case in which the police does not have the power to investigate without the Magistrate’s order. A non-cognizable case is usually in the nature of a private conflict between two persons and is not literally against the State.

For instance, the bouncing of a cheque is a non-cognizable offence under the Negotiable Instruments Act, 1881 which is between the debtor and the creditor. Therefore, if the complainant does not appear for the examination, it is presumed that the complaint was either frivolous or no grievance exists with the complainant.

After the complaint has been registered and the complainant and/or witnesses have been examined, the Magistrate shall pass an order whether a suitable case exists for investigation or not. If the Magistrate feels or is of the opinion that no prima facie case is made out against the alleged offender, he may dismiss the complaint.

For instance, if the basic requirements, i.e. the sine qua non of the offence is not fulfilled according to the statements of the complainant, then the offence is not committed; such as in a case of dishonour of cheque under Section 138 of Negotiable Instruments Act, 1881, if the demand notice was not sent by the complainant or there unreasonable delay in sending the notice, the complaint shall be dismissed since no legal case is made out.

If the Magistrate considers that the sine qua non of the alleged offence has been duly proved or sufficiently proved to enable the Magistrate to order an investigation in the case, he shall do so. Under Section 156(3), the Magistrate can order a police officer of the police station in whose jurisdiction the offence was alleged to have been committed to initiate an investigation and collect evidence to prove the incrimination or innocence of the named accused.

The police are empowered to investigate the matter under Section 156 as it would if the case was of cognizable nature. After the end of the investigation, the investigating officer submits a report to the Magistrate informing him of the offence committed, the manner in which it was committed, evidence and/or witnesses who can testify anything related to the commission of the offence.

If the police file a report according to which the offence has not been committed by the accused person or that there is insufficient evidence to prove the guilt of the accused beyond a reasonable doubt than the complaint has to be dismissed and the accused is arrested shall be acquitted and discharged immediately.

Procedure to be Followed for Dismissal

The reasoned decision has been held to be a principle of natural justice which connotes that a judge or any court must give reasons for the orders passed by it. In Mehmood Ul Rehman v. Khazir Mohammad Tunda[4], the apex court observed that the Magistrate shall pass a speaking order dismissing the complaint and shall briefly mention the reasons for dismissal in the order itself.

If the reasons are not stated, the complainant is entitled to appeal the order for violation of natural justice principle. However, if a complaint is duly dismissed, the case ends and the accused person(s) are deemed to be acquitted of all charges.