Book Review: Has The West Lost It? | By - J. Mohanasakthivel

Kishore Mahbubani was the Ambassador and Dean of the Lee Kuan Yew School of Public Policy, National University of Singapore. The title of the book makes it clear that the book is more provocative in nature for the Western audience. It neither praises the East nor denounces the West but makes a clarion call for the course correction… Read More » 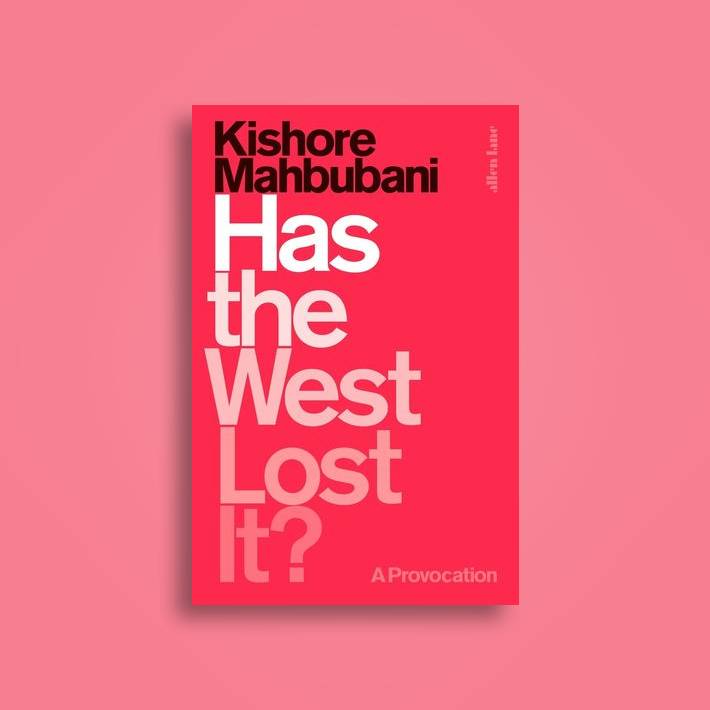 Kishore Mahbubani was the Ambassador and Dean of the Lee Kuan Yew School of Public Policy, National University of Singapore. The title of the book makes it clear that the book is more provocative in nature for the Western audience. It neither praises the East nor denounces the West but makes a clarion call for the course correction of the West. Book Review: Has The West Lost It? | By – J. Mohanasakthivel The beginning The author starts the book by saying that from AD 1 to 1820 the...

Kishore Mahbubani was the Ambassador and Dean of the Lee Kuan Yew School of Public Policy, National University of Singapore. The title of the book makes it clear that the book is more provocative in nature for the Western audience. It neither praises the East nor denounces the West but makes a clarion call for the course correction of the West.

Book Review: Has The West Lost It? | By – J. Mohanasakthivel

The author starts the book by saying that from AD 1 to 1820 the two largest economies were both the Indian and the Chinese, and he goes on to say that the western economic ascendancy in the past 200 years is a major historical aberration and all of this aberration has to come to an end. The global economic growth comes from the E7 economies and not from the G7 economies.

In order to achieve the course correction in the changing world order, the author suggests that the West require a dose of Machiavelli. He criticizes the Western perception of Machiavelli and quotes the British philosopher Isaiah Berlin. The Western approach towards Machiavelli is deep and has a characteristic misunderstanding. Machiavelli understands that public life has its morality and the leader must always choose pragmatic morals over idealistic or dogmatic ones.

The author made an interesting point by saying that the “Power of reasoning” is the greatest gift given to humanity by the West. He also explains how Western reasoning has led to the emergence of three revolutions, i.e. – Political, Psychological, and Governance.

Majority of the Asian societies were feudal societies and things have started to change only after the Second World War and now the world’s largest and third-largest democracies are in Asia i.e. Indian and Indonesia. Due to the reasoning, it gave the bystanders a ray of hope so that they can take control of their lives.

Earlier very few countries believed that good rational governance could transform their society like China, India, and Indonesia. Here the author made a grave mistake by comparing Nehru with Mao and Sukarno. He claims that all three leaders focused more on politics, and ignored governance. Nehru, an ardent champion of democracy, cared for both democracy and governance. On the contrary, both Sukarno and Mao were brutal dictators whose only concern was politics.

Kishore points out that the major factor that blinded the West was complacency after the end of the Cold War. Francis Fukuyama’s famous essay “The End of History” argued that the endpoint of mankind’s ideological evolution and universalization of western liberal democracy is the final form of human government.

It was exactly at the same time when both China and India started waking up to the realities and opened their economies. The author makes an intriguing argument by saying that the most significant event in the year 2001 was China’s entry into WTO and not 9/11. China’s entry into WTO resulted in massive creative destruction and loss of many jobs in the West.

The author gives a detailed account of three major strategic errors made by the West starting from Iraq invasion in 2003 which had completely destroyed the secular regime and paved way for Iran to exert more power in the region.

The expansion was countered by Russia by annexing Crimea fearing that Ukraine might join NATO and the West supported many colour revolutions and started to meddle in the internal affairs in Yugoslavia, Georgia, Ukraine, Iraq, Kyrgyzstan, Tunisia and Egypt. Western countries’ thoughtless attempt to export democracy has only increased and not decreased human suffering in many countries.

Kishore formulates 3M strategy for the West i.e. Minimalist, Multilateral and Machiavellian. The West considers itself as an inherently benign force that is trying to improve the world.

Kishore makes a strong argument by saying that after the end of the cold war, and eventually western nations becoming energy sufficient, it does not make any strategic sense for the West to maintain its forces in the Middle East. He calls for the withdrawal of the Western forces from the Middle East and gives a perfect example of how South East Asian nations which were once considered as Balkans of Asia started to prosper as the West started to retreat.

In terms of Multilateralism, the author raises a serious question of how the first Iraq invasions succeeded by Sr. Bush and the second Iraq invasion miserably failed.

The major difference was that the first invasion was supported by the United Nations and China and Russia but the second one was virtually opposed by the whole world including major NATO allies. Recent interventions in Syria is strongly opposed not only Russia and China but even by the fellow democracies like India and Indonesia.

Finally, he asks the West to be more Machiavellian i.e. having the Minimalist and Multilateral approach in the interest of the West in the long term. It is inevitable that Western share of global power will further recede and it is high time for the West to have a holistic approach.

The author vociferously criticises the Trans-Atlantic partnership and goes on to say that the challenges faced by both America and Europe are different. For the United States, the primary challenge is the rise of China and for Europe, it is the stability of the Islamic world.

He argues that it is detrimental to Europe’s interest to align with America. The author states that by not exporting development to the North African region, Europe is inviting migrants which are one of the major causes for the rise in populism in Europe.

Finally, he points out that one the absurdity in our times is both France and Britain possessing permanent membership in the UNSC.

In conclusion, this book provides a solution for Graham Allison’s hypothesis – i.e. “Thucydides trap” and it targets the audience who are worried about the Thucydides trap. Kishore concludes the book by saying that the West has not lost it yet, but it will if it failed to employ appropriate course correction.