Capacity to Contract | Disqualification of person to contract

In today’s globalized era, the capacity to contract and enter into commercial transactions is one of the most important aspects of the liberalisation policy, which the govt implemented in 1991. Without this right, the forex earning of the country will deplete and it won’t be able to safeguard itself from the external financial shock. So India Contract Act… Read More » 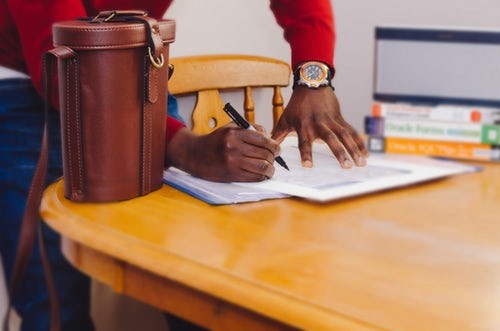 In today’s globalized era, the capacity to contract and enter into commercial transactions is one of the most important aspects of the liberalisation policy, which the govt implemented in 1991. Without this right, the forex earning of the country will deplete and it won’t be able to safeguard itself from the external financial shock. So India Contract Act has defined who shall be able to contract and who are either temporarily barred or permanently barred. It has been described in...

In today’s globalized era, the capacity to contract and enter into commercial transactions is one of the most important aspects of the liberalisation policy, which the govt implemented in 1991. Without this right, the forex earning of the country will deplete and it won’t be able to safeguard itself from the external financial shock.

So India Contract Act has defined who shall be able to contract and who are either temporarily barred or permanently barred. It has been described in Section 11 of the Act.

Now the essential aspect of Capacity to Contract i.e. disqualification of person to contract can be broken down into 3 considerations:-

Now in this article, all the three aspects will be dealt with in a detailed and concise manner as to give a fair idea what are the basis and reason for creating such disqualifications by the Act.

a) Age of majority

The first aspect regarding infancy is the determination of the age of infancy. This now is regulated as per the Indian Majority Act[1], wherein section 3 of the Act states that every person living in India shall be deemed to have attained majority only when he shall have completed 18 years of age.

Now, if the first case is considered, then the agreement is taken as void and the minor can neither sue nor be sued and the covenant is not liable for ratification[2], and if the second scenario is taken, then the contract is voidable at the option of minor, which means minor can sue upon but, he cannot be sued by the other party.

Now, to solve the discrepancy, the provisions of the section were compared to that of Common law, as the act was inspired by that. Under the common law, the contract with minor was a voidable agreement at his option, if it appears to the court that the agreement was entered into for the benefit of the minor and that it may be binding and especially if the contract was for the supply of necessities.

This principle was reiterated by the Judicial Committee in 1903, where they specifically declared that present section requires the age of majority be according to one’s personal law and suggested it was done to give effect to the Hindu law on the same subject matter.[3]

c) Agreement on behalf of the minor

Another aspect of the minor agreement is the agreement entered on behalf of the minor which includes formal contracts of getting married by their parents and/or guardians have been upheld on the ground of the custom of the community.[4]

Contracts on behalf of minors in respect of their property have been upheld provided it is competent for the guardians of the estate to do so and the transactions are for the legal necessity or for the minor benefit.[5]

Contracts which are completely executed on the minor’s side so that there are no further liabilities on his part can be enforced by the minor for the reason that nothing further remains to be done by him. The court in such circumstances only operates to enforce the rights of the minors, not the liabilities to protect the interest of the minor.

This aspect is further supplemented through section 68 of the Indian Contract Act, which deals with the supply of necessities to a person incapable of entering of contract on their own. Now a minor is unable to enter into a contract of their own and therefore minor property shall be used in paying the cost of necessities but no personal liability shall be incurred by the minor. The scope of necessity includes things which minor actually needs and luxury items can’t be considered as necessary.

f) Other miscellaneous provisions regarding the minor right to contract

One of the important considerations to enter into the covenant is that the person should be of sane & competent mind. Section 12 of the Act provides a test of the soundness of mind for the purpose of making of a contract.

It essentially means that a person should be of sane mind when he makes a contract so that he can analyse the terms & conditions of the agreement. So it doesn’t matter that person is unsound mind most of the time, what matters is at the time of concluding the contract whether he was of sound or of unsound mind so that it could be determined whether he used his rationale while entering into a contract or not.

Now there is a different category of insanity which has to be analysed differently to understand whether they fall under the blanket protections this act provides.

Following are the list of persons who are not in the Capacity to Contract or were disqualified by law to make a contract;-

So it can be concluded that law has provided different bars for different sets of people in order to make them able to enter into a contract. This has been made by taking into account the public policy, their own benefits as chances are that their right may get affected.

Of all the three categories mentioned, minors are more likely to get exploited and laws have especially craved to make sure that their interest is not affected in any sense. In can be said that certain differentiation has been created by law to make sure that different sects of people’s interest get secured.