Home  »  Articles   »   Change In The Definition Of Rape: A Critical Analysis – by Rishika Kaushik 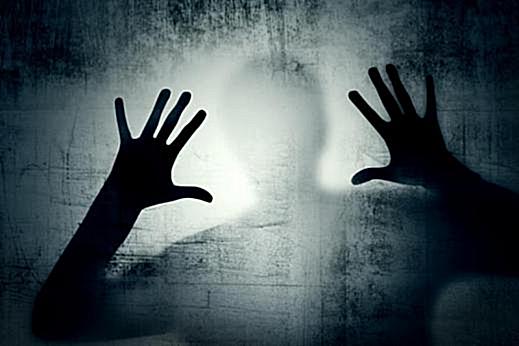 Rape is an invasion of a woman’s body in which her private and personal inner space is violated. It is the most morally and physically reprehensible crime in a society, as it is an assault on the body, mind, and privacy of the victim. A Rapist degrades the very soul of the helpless female.[1] Rape shakes the very core of a victim’s life and leaves a permanent scar on her life, therefore, a rape victim is placed on a higher pedestal than an injured witness.

Being the most hated crime, rape tantamounts to a serious blow to the supreme honor of a woman, and offends both her esteem and dignity[2]. In addition to the physical harm, the crime of rape grants man domination over the woman’s zone of body privacy. The society as a whole is compelled to suffer on account of such incidents as it creates an incurable dent in the fabric of the social milieu[3].

The subsequent rape cases especially the Nirbhaya case sent chill down the spine. The melancholy and agony of the countrymen were broiled up further when the lacunas in the criminal legislation were discovered as the courts realized that the brutal insertion of an iron-rod into the victim’s vagina did not amount to rape. The outburst that followed resulted in the formation of a committee under Justice Verma to suggest reforms in the criminal legislation.

The suggestions of the committee were implemented by way of the Criminal Law Amendment Act, 2013 popularly known as the Anti- Rape Act. By way of this Act, amendments were made to the Indian Penal Code, Code of Criminal Procedure, Indian Evidence Act and The Protection of Children from Sexual Offences Act. The Actus Reus part of the offense will be discussed in the paper in light of the change in the definition of Rape as in Section 375 of the Indian Penal Code.

The paper shall encircle the question of law concerning Section 375 of the Indian Penal Code, 1860 and the amendment to the Section by virtue of the Criminal Law Amendment Act, 2013. The major question that shall be answered in the paper will be ‘Change in the definition of Rape’ in light of actus reus segment of Section 375 of the Indian Penal Code, 1860 and a critical analysis thereupon.

During the Sakshi case[11], the Court ordered the Law Commission of India to examine and respond to the issues that Sakshi had raised. This exercise culminated in the 172nd Report of the Law Commission of India (on the review of rape laws, March 2000). The Report suggested that the offense of “rape” be substituted by “sexual assault,” making the offense gender-neutral and applicable to a range of sexual offenses other than forcible penile/vaginal penetration. Since these cases did not receive nation-wide recognition and appeal from the masses, the report was never enacted and the provision defining rape in Section 375 and its interpretation continued to stand as it was.

On the late evening of 16th December 2012, the country witnessed one more girl of the nation being a victim of the dehumanizing act in a public transport in the heart of the country’s capital. The brutal gang rape and the form of commission of the crime served enough to shake people from within. Waves of nationwide peaceful protests and marches to serve justice to the girl hit headlines each day pressurizing the legislative and judicial bodies. What worsened the situation was the discovery of the fact that the section of the IPC defining rape could punish only the penile penetration and did not include in its ambit the other inhuman activities of the rapists.

Section 375 as it stood prior to the amendment of 2013, defined rape as ‘sexual intercourse’ by a man with a woman without her consent. There were five other circumstances where sexual intercourse amounted to rape, including, for instance, when consent was obtained through deception or threat. Though, most cases fell within the first limb of the section – ‘sexual intercourse without consent’. ‘Sexual Intercourse’ was further explained in the section to mean ‘Penetration sufficient to cause rape’.

As mentioned above, the penetration was interpreted by the courts to include only penile-vaginal penetration. Through such interpretation, any other penetrative act, such as oral sex, digital penetration, or penetration by objects were excluded from the purview of the rape. Hence, in this case, the brutal insertion of an iron-rod into the victim’s vagina did not amount to rape, only penile-penetration did.

The nation-wide spread outrage over the brutal gang-rape and subsequent death of the victim in the capital city, New Delhi was the driving force behind the formation of a three-member Committee headed by Justice J.S. Verma, former Chief Justice of the Supreme Court, on December 23, 2012. The committee was constituted to recommend amendments to the Criminal Law so as to provide for quicker trial and enhanced punishment for criminals accused of committing sexual assault against women[12].

The committee made recommendations to amend laws related to rape, sexual harassment, trafficking, child sexual abuse, medical examination of victims, police, electoral and educational reforms. On the definition of rape, the committee suggested that rape should be retained as a separate offense and it should not be limited to penile-vaginal penetration. Any other penetrative act, such as oral sex, digital penetration, or penetration by objects not be included in the purview of rape and any non- consensual penetration of a sexual nature should be included in the definition of rape[13].

Criminal Law Amendment Act, 2013 popularly known as the Anti- Rape Act, was passed and amendments were made to the Indian Penal Code, Code of Criminal Procedure, Indian Evidence Act and The Protection of Children from Sexual Offences Act. Justice Krishna Iyer in the case of Rafiq v. State of U.P.[14], made a remark that, “a murderer kills the body, but a rapist kills the soul”. The Parliament by means of Amendment Act, 2013 has enlarged the ambit of rape by making certain non-penetrative act as offense amounting to rape.

As the law stands today, penetration by a penis, any object, any part of the body into the vagina, urethra, mouth or anus of a female or manipulation of any part of the body of a woman so as to cause penetration into her vagina, urethra, mouth or anus constitutes rape. Furthermore, if a male applies his mouth to the vagina, anus, urethra of a woman even then it shall amount to rape.

Not limiting the definition to this, and escalating it further even when a man forces a women to do any of the enumerated acts and she does so to him/ with him or to/with any other person, even that shall constitute the actus reus for rape within the definition of Section 375 of the Indian Penal Code, 1860.

Critical Analysis Of The Definition Of Rape

The Amendment Act, 2013 repealed the Ordinance (Amendment) Act, 2013 which was having wider ambit, thereby raising serious questions regarding the lacunas or loopholes that have been left out even after the amendment. The all-comprehensive seeming definition comes with a major flaw at the outset itself. The Section begins with the words, “A man……..”[15], the provision makes it explicit that the offense of rape can only be committed by a man and not by a woman per se.

Furthermore, the actus reus of rape is limited to all forms of penetration to the vagina, urethra, mouth or anus of the female thereby failing to include, the commission of rape by a man against a man. Rape is a sexual offense and not an offense only against women. With changing time and pacing modernization the definition of rape still falls behind time. The definition is not gender- neutral in the context that it does not recognize male rape at all. Neither does it recognize women raping other women by way of digital or object penetration. Although such activities are punishable under other provisions but do not constitute rape which is a more gruesome offense under the penal provisions of the country.

Moreover, since the transgender and intersex people fail to fit into the ‘Binary Gender Model’ the legislation has abstained from rendering a coup de’oeil on their sexual exploitation.

The definition of rape has changed significantly after the amendment proposed in 2013. Focussing on the actus reus segment of the definition it stands comprehensive enough to include in its purview all forms of sexual violation of female by males. The amendment has also brought about changes in other segments of the provision like consent, age and also in other criminal legislation. But what remains a despair is that the amendment was brought about not as a concern by the legislatures but on account of pressure by the nationwide protests.

Does the country need another Nirbhaya to include male rape in its purview or some another case of extreme sexual exploitation of a transgender or an intersex to make the offense reach out to their cases? The country needs bold legislative steps to comply with the recommendations suggested and thereby make the provision compatible with the changing time and pacing modernisation.