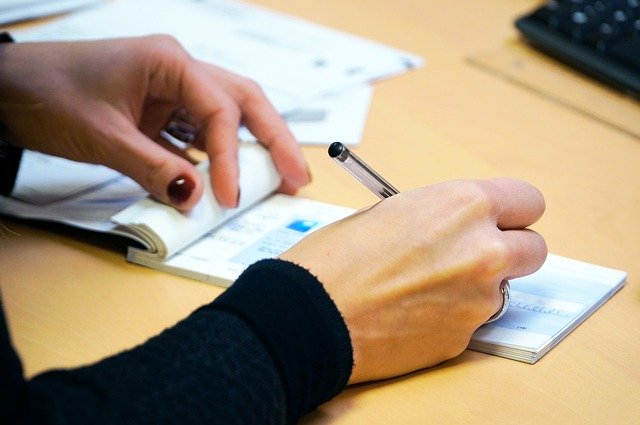 A cheque bounce can occur due to various reasons such as inadequate balance, when the validity of the cheque has expired, in case of a torn cheque, overwriting in the cheque.

Cheques have always been the most convenient and appreciated mode of payment in all kinds of commercial transactions. Businesses would come to a halt in case these cheques would not exist or be recognized as a bonafide method of payment in business transactions.

Similarly, in cases were a cheque which has been accepted in good faith, gets bounced would again make the business suffer, the cheque will lose its authenticity and trust. Section 138-142 of the Negotiable Instruments (NI) Act, 1881, deals with an aspect of dishonour of cheques in cases where there is a shortage or insufficient funds in a drawers account. The 213th Law Commission Report[1] and various newspaper reports there are about 38 to 40 lakhs of bounced cheques cases in India that is stagnating the Indian justice system. [2]

A cheque bounce can occur due to various reasons such as inadequate balance, when the validity of the cheque has expired, in case of a torn cheque, overwriting in the cheque. The Act which deals with the punishment in relation to such cheque bounce and safeguards protection against the same, is the Negotiable Instruments Act, 1881.

Dishonour of a cheque resulting due to insufficient funds in the bank account of the drawer, if the amount exceeds the arrangement with a bank, it leads to the emergence of criminal liability against the drawer of the defaulted cheque. Mens Rea is not required in case of Cheque Bounces and cannot be taken as a defence by the drawer.[3] Liability arising out of Section 138 may also lead to a criminal offence of cheating under provisions of IPC and would be punishable. [4]

What is a Demand Notice?

In cases where the cheque presented before the bank gets dishonoured, a demand notice needs to be sent to the payee or the drawer of the check within 30 days from the date of the cheque bounce. This notice will provide the drawer 15 days’ time, to deposit the required amount in the bank account of the drawee. In case the drawer fails to comply with the notice within a time span of 15 days, a complaint can be registered under Section 138 of the NI Act in the magistrate court possess the jurisdiction of the same.

The notice must clearly mention the statement of debt being drawer’s legal liability. In addition to this, it is also required to give the information intimated by the bank with regards to the dishonour of the cheque, a copy of the cheque can also be enclosed. There should be explicit and precise demands to pay the dues within 15 days’ time and state the consequences in case it is not complied with.

Chapter XVII encompasses Sections 138 to 142, was formulated to enabling confidence in the efficiency of business operations and providing authenticity to the negotiable instruments used in these business transactions.

Section 138: Dishonour of cheque for insufficiency, etc., of funds in the account.—Where any cheque drawn by a person on an account maintained by him with a banker for payment of any amount of money to another person from out of that account for the discharge, in whole or in part, of any debt or other liability, is returned by the bank unpaid, either because of the amount of money standing to the credit of that account is insufficient to honour the cheque or that it exceeds the amount arranged to be paid from that account by an agreement made with that bank, such person shall be deemed to have committed an offence and shall, without prejudice to any other provision of this Act, be punished with imprisonment for[5] [a term which may be extended to two years’], or with fine which may extend to twice the amount of the cheque, or with both:

Provided that nothing contained in this section shall apply unless—

Format of the Cheque Bounce Notice

Here the courts held that the criminal case can be instigated from the place of the bank branch where the cheque was drawn is located.

The accused was convicted by the Trail court due to the failure to rebut the presumption under Section 139 of the NI Act, this conviction order was set aside by the High Court. In a further appeal, the Supreme Court ruled in favour of the Appellant and set side High Courts order and put forth two necessary points: (i) Scope of High Court’s revisional jurisdiction (ii) presumption in favour of the holder of the cheque under Section 139.

The punishment for cheque bounce in India is – (i) imprisonment for up to 1-year (ii) Fine which maybe twice the amount of the cheque or both.

Procedure and recourses in cases of Cheque Bounce

In case the complainant wants to proceed with a civil suit for the recovery of rather than obtaining a criminal procedure. A Summary Suit can be executed under Order 37 of the Civil Procedure Code, 1908.

A civil suit filed by the complainant is to retrieve the unpaid amount along with the costs that he/she bears during the procedure of litigation. In this scenario, he/she can restore to the option ‘Summary Suits’ under Order 37 of the CPC, 1908, unlike normal suits, the drawer here cannot defend himself, in order to do that he would require the permission of the court in order to defend himself.

The following additions have been made in Negotiable Instrument (Amendment) Act, 2018

Analysing the ways in which other countries and judicial systems deal with the issue of cheque bounce is important, particularly to see if their methods can help influence effective suggestions for India. The legal liabilities for the dishonour of cheque in the following five countries were analysed.

Scrutinising how other countries deal with the same issue of cheque bounce is essential to determine the future changes that can be brought in India through recommendations.

In Australia, the Cheques Act, 1986 and in the UK, the Bills of Exchange Act, 1882, provides civil remedies and civil suits where the payee has the option of filing a civil suit to claim compensation and damages. Singapore imposes civil liability, and no criminal liability is present. France imposes civil liability in addition to this has a database called Fichier Central des Chèques (FCC) which monitors and keeps a track of those individuals who have issued dishonoured cheque more than once. In the United States of America, the laws vary from state to state and there exists both civil and criminal liability. [12]

The Amendment Act in India without any doubt is a significant step towards ensuring the authenticity of cheques. However, some critics have this view that the Act still is not stringent enough to work efficiently with regards to deterring defaults of the drawer of the cheque.

Harsher punishments should be imposed upon the defaulter in case the offender is repeating the same offence, this can be done by increasing fines and forbidding issuing of cheques for a specific period. Express provision should be placed for the speedy trial in cheque bouncing cases within the directed time period. Regardless, the recent NI Act in India will truly lead to ensuring that the relief is being granted to the injured party in relation to dishonoured cheques.