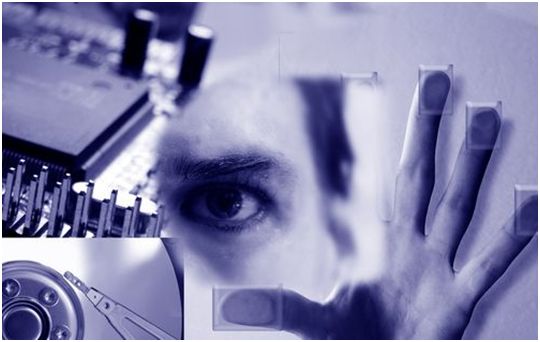 Child Pornography is defined as any visual depiction involving the use of a minor, or one appearing to be a minor, engaging in sexually explicit conduct. Visual depictions include photographs, film, video, pictures or computer-generated images or pictures, whether made or produced by electronic, mechanical, or other means.

Child pornography has become particularly problematic with the rise of the Internet and its ability to both transmit data far and wide and provide a level of anonymity to its users and the victims depicted in images of child pornography.

In the physical world, parents know the face of dangers and they know how to avoid & face the problems by following simple rules and accordingly they advise their children to keep away from dangerous things and ways. But in the case of the cyber world, most of the parents do not themselves know about the basics in internet and dangers posed by various services offered over the internet. Hence the children are left unprotected in the cyber world.

Pedophiles take advantage of this situation and lure the children, who are not advised by their parents or by their teachers about what is wrong and what is right for them while browsing the internet

How do Pedophiles Operate

Any depiction of a child engaged in sexually explicit conduct may be considered child pornography. This can include photographs, digital images, computer-generated images, drawings, videos, or animations, among others. This also applies if the person in the depiction is actually an adult but appears to be a minor.

Moreover, altering an image or video so that it appears to depict a minor may also be child pornography (for example, editing the face of a minor onto the nude body of an adult in an image or video).

According to section 161(1) of criminal code, child pornography means

(b) any written material, visual representation or audio recording that advocates or counsels sexual activity with a person under the age of eighteen years that would be an offence under this Act

(c) any written material whose dominant characteristic is the description, for a sexual purpose, of sexual activity with a person under the age of eighteen years that would be an offence under this Act or

(d) any audio recording that has as its dominant characteristic the description, presentation or representation, for a sexual purpose, of sexual activity with a person under the age of eighteen years that would be an offence under this Act.

Every person who transmits makes available, distributes, sells, advertises, imports, exports or possesses for the purpose of transmission, making available, distribution, sale, advertising or exportation any child pornography is guilty of an indictable offence and liable to imprisonment for a term of not more than 14 years and to a minimum punishment of imprisonment for a term of one year.

Every person who possesses any child pornography is guilty of

Clause 4.1 says  Every person who accesses any child pornography is guilty of –

(4.3) If a person is convicted of an offence under this section, the court that imposes the sentence shall consider as an aggravating factor the fact that the person committed the offence with intent to make a profit

There is an exception to typical definitions of child pornography. If it can be proven that the depiction has serious literary, artistic, political, or scientific value, it may be exempted from child pornography laws.

The definition of a pornographic image can be subjective and many courts refer to the case of UNITED STATES of America v. Robert S. Dost and Edwin E. Wiegand,  636 F. Supp. 828 (1986) to determine whether an image meets the criteria for pornography. That case created the “Dost Test” in order to better determine whether a visual depiction of a minor constitutes a “lascivious exhibition of the genitals or pubic area.”

The Dost Test has six criteria:

The role of the internet in promoting child pornography

The Internet has escalated the problem of child pornography by increasing the amount of material available, the efficiency of its distribution, and the ease of its accessibility.

The SC Even as technology bigwigs like Google and Microsoft are sitting up to take note and combat child sex abuse on the Internet, the Supreme Court of India (SC) has issues a notice to the Department of Telecom (DoT), seeking a response on how to block child pornography.

While the individual is guaranteed this freedom under Article 19(1) (a) of the Constitution, Article 19(2) allows the state to impose “reasonable restrictions” on its exercise “in the interests of the sovereignty and integrity of India, the security of the State, friendly relations with foreign States, public order, decency or morality or in relation to contempt of court, defamation or incitement to an offence”.

On March 24, 2015, while quashing the much-abused Section 66A of the IT Act — which allowed police to arrest people for social media posts that were construed as being “offensive” or “menacing” — the Supreme Court had also dealt with Section 79(3)(b), and read it down. The court held that intermediaries cannot be called upon to exercise their discretion in blocking content and that they must act only either on court orders or when the government asks them to.

This judgment did not, however, make it mandatory for the executive to evaluate the necessity of issuing the restriction order, or to state the reasons for blocking a web site. The DoT order is amenable to judicial review, and ISPs, the blocked websites, or even an individual Internet user can approach a High Court or the Supreme Court if they feel that the order is not covered by the restrictions mentioned under Article 19(2)

To order the blocking of these sites, the DoT relied on Section 79(3)(b) of the IT Act. Section 79 lays down conditions under which ISPs or intermediaries are exempt from culpability for offensive content uploaded by a third party. It obligates the intermediaries to exercise “due diligence”, and to act on the orders of the court or the government and its agencies to qualify for immunity

Section 79(3) (b) states that intermediaries would not be entitled to exemption from liability if they failed to “expeditiously” remove or disable access to objectionable material “upon receiving actual knowledge, or on being notified by the government or its agency that any information…

residing in or connected to a computer resource controlled by the intermediary” was being used to commit unlawful acts. In addition, under the Information Technology (Intermediary Guidelines) Rules, 2011, intermediaries must inform “users of computer resource not to host, display, upload, modify, publish, transmit, update or share any information that is…