The following article tries to understand the intricacies related to the Citizenship Amendment Bill that has recently come to dominate the public discourse and was a matter of heated debates and discussions. The article attempts to present a balanced picture of the situation in order to facilitate a better comprehension of the complexities of the issue. A Brief… Read More » 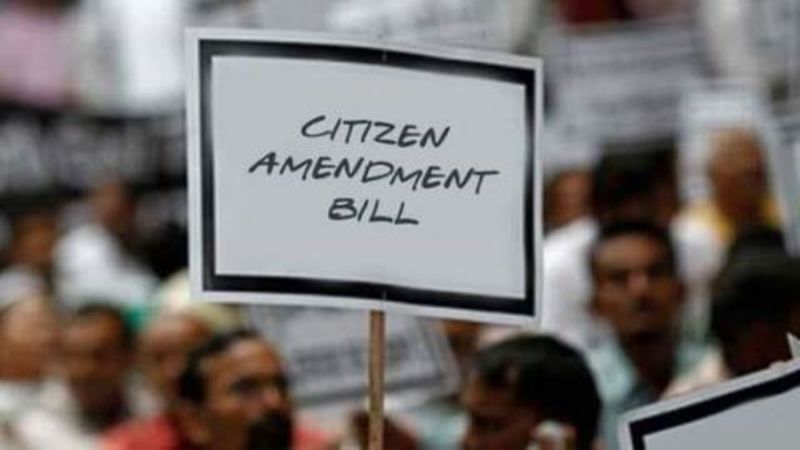 The following article tries to understand the intricacies related to the Citizenship Amendment Bill that has recently come to dominate the public discourse and was a matter of heated debates and discussions. The article attempts to present a balanced picture of the situation in order to facilitate a better comprehension of the complexities of the issue.

A Brief Introduction; The Citizenship

Citizenship refers to the legal status conferred upon an individual which entitles the person to a host of rights and privileges. Citizenship affirms the individual’s position as a member of the territorial entity of the nation-state. By being a member of that particular sovereign state, the person is by law qualified to enjoy certain political and civil rights which include the right to vote, the right to hold offices of public importance.

It also by default makes the person eligible to be provided with diplomatic assistance, and also vests upon him/her the obligation to fulfil certain duties which include pledging allegiance to the home country, paying taxes and providing military services when called upon to do so.

There are broadly two different approaches that exist in the world which serve as the basis for granting citizenship;’jus solis’ and ‘jus sanguinis’.

Under the former, the place of birth serves as the sole criterion for granting citizenship whereas in the latter descent is the governing principle which means that in order to qualify as a citizen the individual has to have a parent who was at that time of the person’s birth a natural-born citizen of that country. Countries belonging to the British commonwealth along with the United States follow the ‘Jus Solis’ system of conferring citizenship on the basis of place of birth, while others follow the ‘Jus sanguinis’ system.

The Indian constitution in conjunction with the Citizenship Act of 1955 delineates the provisions governing citizenship in India. Articles 5-11 in Part 2 especially deals with various aspects related to citizenship. Article 5 lists the criteria for granting citizenship which are as follows; accordingly, the status of citizenship can be given to;

Besides, anyone who is a resident of India for a period of 5 years or more is eligible to apply for citizenship. Article 6 provides those who have migrated from Pakistan before July 19, 1949, to be recognised as Indian citizens. However, those who had entered after the date has to register themselves to be granted citizenship.

Article 7 provides citizenship rights to those who had immigrated to Pakistan but returned to India thereafter. Article 8 provided for granting of citizenship to persons of Indian origin residing outside India.

Article 9 holds that any individual who voluntarily becomes a citizen of another country automatically loses his Indian citizenship. Article 10 and 11 empowers the parliament to make laws to govern the Indian citizens.

The Citizenship Act is the governing legislation that deals with the acquisition and determination of Indian citizenship. Accordingly, there are four ways through which an individual become an Indian citizen which are by birth, by descent and by registration and naturalisation.

Descent is another factor that plays an important role in the acquisition of citizenship accordingly a person born outside of India before 26 January 1950 can claim citizenship if his /her father was a citizen of India by birth.

The same is applicable for any person born between 10.12,1992 and 3.12.2004 provided either of his parents was a citizen of India by birth. Those who are born outside but who wish to acquire Indian citizenship have to be backed by a declaration from his/her parents.

Naturalisation is another option by which a foreign national acquires Indian citizenship provided he/she is ordinarily resident of India for the past 12 years and fulfils all qualifications listed in the third schedule of the Citizenship Act.

The Citizenship Act had so far been subjected to 4 amendments, in 1986,2003,2005, and 2015. Of which the 1986 Amendment was considered to be containing the most narrow definition of citizenship. While the 2003 amendment was enacted to prevent illegal migration from Bangladesh.

Subsequently, these amendments deny illegal migrants the right to claim citizenship by naturalisation or registration even if the said person meets the 7 years residence criteria.

Apart from the above-mentioned amendments, the proposal for a fifth amendment was recently introduced in the parliament causing much furore. The bill aims to grant citizenship to members of 6 religious communities; Hindus, Christians, Sikhs, Parsis, and Buddhists hailing from three countries; Pakistan, Afghanistan and Bangladesh.

The bill was introduced in December 2019 to replace the earlier version which lapsed following the dissolution of the Sixteenth Loksabha.

The Bill applies to the whole of India excluding certain parts of the Northeastern states. Additionally, Bill amends the Act to allow the cancellation of the Overseas Citizen of India status of an individual if the person concerned is an offender of any of the laws notified by the central government. The Bill was passed by the Loksabha on 8 December 2019 and by the Rajyasabha on 11 December 2019.

In contrast to the 2016 bill, the new bill has two additional provisions on citizenship to illegal migrants.

The proposed legislation is, however, is not applicable to tribal areas of Assam, Meghalaya and Tripura as per the provisions of the sixth schedule. It will also be not applicable to the areas under the Inner line Permit and those under the Bengal Eastern frontier regulation of 1873. The Bill further reduces the waiting period of naturalisation for such group from 6 years to 5 years.

As hinted above the bill right from its inception and even before was mired in great controversy which strikes at the very root of the secular character of the Indian polity, one of the most quintessential features that together with certain other characteristics makes up the democratic nature of India.

The basis for the argument about the bill’s anti-secular nature arises from the fact that it legalises discrimination on the basis of religion as it excludes the Muslim community from the list of immigrants eligible to claim citizenship.

Consequently, in this regard, the bill is non-constitutional as it is a violation of article 14which prevents discrimination on the religious ground except if such an action is actually justifiable by reason.

Apart from differential treatment on the basis of religion, the bill also invites opposition on the fact that it discriminates by listing only a select few countries, and on the basis of date of entry and place of residence.

The inclusion of migrants from countries such as Bangladesh and Pakistan was justified on the ground that these countries were characterised by the persecution of these religious minorities historically and that the said countries were part of undivided India as stated in the Statement of Reason (SoR), however, this does not explain the reason for the inclusion of Afghanistan.

Similarly, it is not just in these countries that there are instances of violation of the rights of religious minorities. Even grievous episodes of persecution had been reported from countries such as Sri Lanka and Myanmar where the Muslim community was subjected to large scale violence and hatred. Since the status of a religious minority under persecution can also be applied to these communities as per the SoR, the absence of which inevitably strengthens the allegations of the bill being anti-secular in nature.

Similarly, the Bill also ignores the plight of intra-religious discrimination even in the listed countries as is the case of the Ahmadiyya community which is a sub-sect of the Islamic population in Pakistan. SoR thus fails to provide a proper reason justifying the inclusion of only the said 6 communities while ignoring the rest.

The basis of considering December 31, 2014, as the date of entry is similarly ambiguous.

Another aspect of the bill that has come under severe criticism is that the bill allows wide discretion to be enjoyed by the central government with regard to the revocation of the OCIs.

In contrast, the principal argument raised in defence of the citizenship amendment bill is that it is a much needed humanitarian measure affirming INDIA’S commitment to the protection and promotion of Human Rights.

The Bill if passed will make India the refuge for minorities fleeing persecution from the listed Countries. It also allows them to start their life afresh and be treated in the same manner as the existing citizens.

Besides, the charge against the government that it purposefully institutionalises discrimination against a single community, the Muslims is subjective as the fact of such an underlying intention cannot be objectively proved.

Another argument of gravity that arises, in fact, is that this systematic exclusion amounts to a violation of Article 14 which upholds the Right to Equality. Thus the bill is essentially unconstitutional.

Citizenship Amendment Bill, need not be seen entirely in the negative light as it could be seen as a first step toward the legalisation and integration of the existing migrant community. It is an affirmative action which is in line with the United Nations Convention on

Refugees which is based on the principle of non-refoulment which holds that no asylum seekers should be forcibly returned to the country of origin against the will of the individual where they may be facing a serious threat to their life.

However, it is definitely a matter of grave concern that the Bill Seems to discriminate against a single community on the basis of religion. Such a serious allegation cannot be ignored and has to be addressed properly so that, the clouds of suspicion surrounding the Bill is adequately dealt with and the faith in the fairness of the Indian secularism is restored.

It will not only affirm India’s commitment to the core values embedded in its constitution but will also improve the nation’s secular credentials in the international fora as a firm believer of human dignity and goodwill as it has always been since the time of its birth.