Citizenship Law in India | All you need to know

This article aims at discussing the Citizenship Law in India and the overall implementation of the citizenship law while projecting light specifically on the 2019 amendment to the Act. The idea of citizenship represents the relationship between an individual and the State. Citizens being the full members of the State enjoy all civil, political and economic rights provided… Read More » 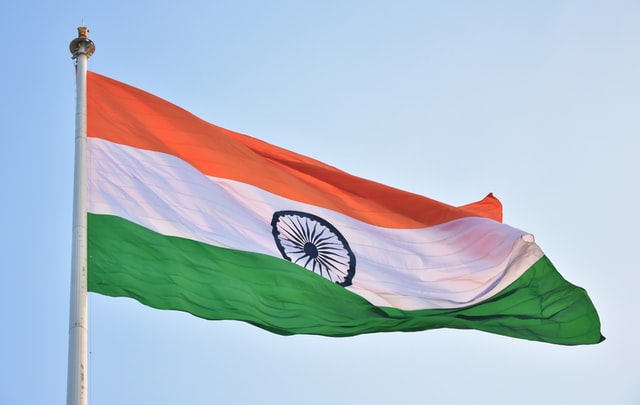 This article aims at discussing the Citizenship Law in India and the overall implementation of the citizenship law while projecting light specifically on the 2019 amendment to the Act. The idea of citizenship represents the relationship between an individual and the State. Citizens being the full members of the State enjoy all civil, political and economic rights provided by the state including the fundamental rights and only they are bound to adhere to the fundamental duties enshrined in...

This article aims at discussing the Citizenship Law in India and the overall implementation of the citizenship law while projecting light specifically on the 2019 amendment to the Act.

The idea of citizenship represents the relationship between an individual and the State. Citizens being the full members of the State enjoy all civil, political and economic rights provided by the state including the fundamental rights and only they are bound to adhere to the fundamental duties enshrined in the Constitution.

Citizenship is the idea of exclusion of non-citizens from citizens of a state. At present, there are two classes of people one belonging to the citizen class and the other belonging to the alien.

The subject of citizenship is listed under the Union List and thus, the only right to legislate upon the laws of citizenship lies with the Parliament only[2] and any law made by the state on the subject shall be null and void.[3]

Also, Article 6 of the Indian Constitution provides for citizenship to persons who migrated to India from Pakistan. It provides that anyone who migrated to India before July 19, 1949, would automatically become an Indian citizen if either of his parents or grandparents was born in India. Those who entered India after this date needed to register themselves.

Article 7 of the Indian Constitution provides for the rights of citizenship of certain migrants to Pakistan. It states that people who migrated to Pakistan after 1 March 1947 but returned on resettlement permits were included within the citizenship net and will be granted citizenship like those mentioned in Article 6 without registration.[4]

Further, Article 8 of the Indian Constitution deals with the rights of citizenship of certain persons of Indian origin residing outside India. Any Person of Indian Origin residing outside India who, or either of whose parents or grandparents, were born in India could register himself or herself as an Indian citizen with an Indian Diplomatic Mission and on approval they’ll be granted citizenship of India.

Furthermore, Article 9 of the Indian Constitution states that any person who voluntarily acquires the citizenship of a foreign state will no longer be a citizen of India. Unlike the USA and some other countries, India doesn’t follow the concept of dual citizenship. Any Indian citizen who acquired citizenship in a foreign country is no longer regarded as an Indian Citizen.

Thereafter, Article 10 of the Indian Constitution ensures that every person who is or is deemed to be a citizen of India under any of the foregoing provisions of this Part shall, subject to the provisions of any law that may be made by Parliament, continue to be such a citizen unless declared otherwise.

Lastly, Article 11 of the Indian Constitution provides that the Parliament is the sole authority with respect to the acquisition and termination of citizenship and all matters relating to it.[5] It is the Parliament that makes the law on this subject and that shall prevail and all the states have to comply with this legislation.

The constitutional provisions with regard to citizenship are enshrined under Articles 5 to 11 of the Indian Constitution, however, the legislative provisions and procedure for implementation by the executive is provided for under the Citizenship Act of 1955. It was the law enacted by the then Parliament and it dealt with the acquisition and determination of Indian citizenship. It provides for four kinds of citizenship; namely, by birth, by descent, by naturalisation and lastly by registration.[6]

Also, if a person born outside India or after December 3, 2004, has to acquire citizenship, his/her parents have to declare that the minor does not hold a passport of another country and his/her birth is registered at an Indian consulate within one year of birth, he/she shall be considered to be a citizen by descent.

A person can acquire citizenship by naturalisation if he/she is ordinarily resident of India for 12 years (throughout 12 months preceding the date of application and 11 years in the aggregate) and fulfils all qualifications in the third schedule of the Citizenship Act.

It is imperative to note that the aforementioned ways are the only modes to get Indian Citizenship and no other means is allowed. Also, the Act does not provide for dual citizenship or dual nationality.[7] It only allows citizenship for a person listed in the aforesaid provisions i.e, citizenship by birth, descent, registration or naturalisation. However, the Act was amended by the 2019 Bill that was passed by the Parliament on 11th December, 2019.

However, the 2019 Act seeks to amend the definition of an illegal immigrant for Hindu, Sikh, Parsi, Buddhist, Jain and Christian immigrants from Pakistan, Afghanistan and Bangladesh, who have lived in India without documentation and grant them Indian citizenship.[8] This is in addition to the four ways mentioned earlier in the old Act.

In September 2015 and July 2016, the government exempted certain groups of illegal migrants from being imprisoned or deported. These are illegal migrants who came into India from Afghanistan, Bangladesh, or Pakistan on or before December 31, 2014, and belong to either of the religions, namely, Hindu, Sikh, Buddhist, Jain, Parsi, or Christian religious communities.

The new amendment to the Citizenship Act provides citizenship to Hindus, Sikhs, Buddhists, Jains, Parsis and Christians if entered into India from Afghanistan, Bangladesh and Pakistan on or before 31 December 2014 and they will not be treated as illegal migrants. Also, to avail this benefit they also must have been exempted from the Foreigners Act, 1946 and the Passport Act, 1920 by the Central Government of India.

The Act clarifies that these provisions of the 2019 Act on citizenship for illegal migrants will not apply to the tribal areas of Assam, Meghalaya, Mizoram, and Tripura, included in the Sixth Schedule to the Constitution.[9] These tribal areas include Karbi Anglong (in Assam), Garo Hills (in Meghalaya), Chakma District (in Mizoram), and Tripura Tribal Areas District.

Furthermore, it will not apply to the “Inner Line” areas notified under the Bengal Eastern Frontier Regulation, 1873.[10] In these areas, visits by Indians are regulated through the Inner Line Permit. Currently, this permit system is applicable to Arunachal Pradesh, Mizoram, and Nagaland. Manipur has also been brought under the Inner Line Permit (ILP) regime through a Gazette Notification on the same day the bill was passed in the parliament.[11]

Drawbacks of the New Amendment

Since the enactment of the Act, there has been a lot of confusion with regard to the secularity[13] of the amendment. It is said that the amendment contradicts the Assam Accord of 1985, which provided that illegal migrants, irrespective of any religion entering from Bangladesh after 25 March 1971 would be deported.

Critics also argue that updating NRC beyond the limit would make it null and void due to the new amendment act. It is also said to be against the fundamental right to equality enshrined under Article 14 of the Indian Constitution which protects citizens as well as foreigners (non-citizens). Most importantly, it is said to be in contravention to the basic fundamental principle of secularism[14] enshrined under the Preamble to the Indian Constitution.

It is argued that India has several other refugees that include Tamils from Sri Lanka and Hindu Rohingya from Myanmar and yet they are not covered under the amended Act. Also, that it will be difficult for the government to differentiate between illegal migrants and those who are persecuted minorities in their country.

In addition to this, the Act provides wide discretion to the government to cancel OCI registrations for both major offences like murder, as well as minor offences like parking in a no-parking zone or jumping a red light.

However, the Government has refuted all the aforementioned arguments and has contended in favour of the Act. It stated that the countries like Pakistan, Afghanistan and Bangladesh, that are provided for under the new Act, are Islamic countries where Muslims forms the majority, and the new Citizenship Act aims to provide citizenship to those people belonging to a persecuted minority in these countries.

With regards to the questions pertaining to the non-inclusion of minorities from Sri Lanka, Myanmar, etc., the Government clarified that the process of awarding citizenship to refugees has been undertaken by different governments in the past on a case to case basis from time to time, on “reasonable qualifications to Article 14”.

This time, the case of refugees fleeing religious persecution from these three countries has been considered through this Act. In January 2019, the Government had notified the High-Level Committee (HLC) for the implementation of Clause 6 of Assam Accord and urged the Committee to submit its report at the earliest to the Central Government for effective steps to be taken to fulfil the provisions of the Accord. The government thus has assured the people of Assam that their linguistic, cultural and social identity would be preserved and the provisions of the new Act do not tarnish the same.

The petition challenging the enactment of the Amended Act is still pending before the Supreme Court. It is now the prerogative of the Supreme Court to act as a protector of the Indian Constitution.

The Court is expected to read the provisions of the act in light of the fundamental rights and the basic structure of the Constitution and thereafter, test the constitutionality of the Act and ensure that the classification suggested by the government on the ground of persecuted religious minorities is in line with the reasonable classification mentioned under Article 14 of the Indian Constitution.