Contracts Which Must Be Performed

This article seeks to explain which contracts must be performed. Section 37 of the Indian Contract Act, states that – the parties to a contract must either perform, or offer to perform, their respective promises unless such performance is dispensed with or excused under the provisions of this Act, or of any other law. Promises bind the representatives… Read More » 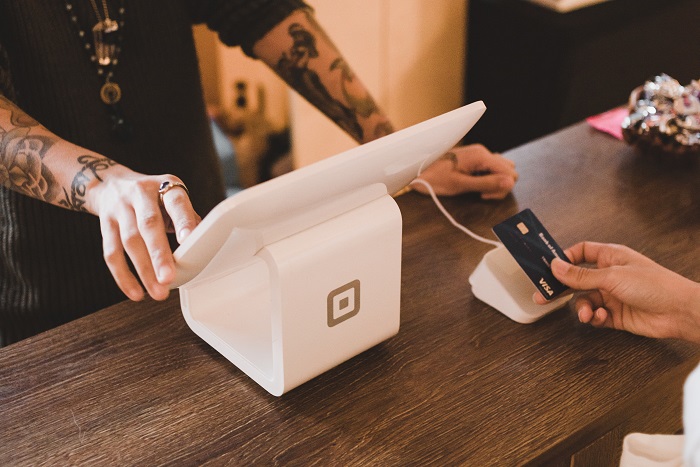 This article seeks to explain which contracts must be performed. Section 37 of the Indian Contract Act, states that – the parties to a contract must either perform, or offer to perform, their respective promises unless such performance is dispensed with or excused under the provisions of this Act, or of any other law. Promises bind the representatives of the promisors in case of the death of such promisors before performance, unless a contrary intention appears from the contract. The...

This article seeks to explain which contracts must be performed. Section 37 of the Indian Contract Act, states that – the parties to a contract must either perform, or offer to perform, their respective promises unless such performance is dispensed with or excused under the provisions of this Act, or of any other law.

Promises bind the representatives of the promisors in case of the death of such promisors before performance, unless a contrary intention appears from the contract. The article seeks to understand the conditions under which the performance of the contract can be excused.

Contracts Which Must Be Performed

A contract being an agreement enforceable by law comprises of reciprocal promises. This section, therefore, deals with the different aspects of the performance of such promises. Section 2 (h) says that an agreement enforceable by law is a contract and once that stage is reached and an obligation created, the duty of the promisor is to perform or offer to perform it unless the contract is discharged under the provisions of this Act or of any other law.

Of the several cases where the performance of the contract is dispensed with under the provisions of this Act, mention may be made of cases where one of the parties refuses to perform his part of the contract or renders it performance impossible (section 39), or where the promisee accepts performance from third persons (section 41), or fails to do his part in reciprocal promises (section 51. seq.), or agrees to substitute a new contract for the old one or rescinds or alters it (section 62), or dispenses with or remits the performance (section 63), or neglects to afford the promisor reasonable facilities for performing the contract (section 67). Further, a contract may be voidable at the instance of the promisor under the provisions of section 19.

In order that a party could enforce the promises made to him, he should perform his promise or offer to promise and it is after he has so performed, or offered to perform, his promise that he could ask the other party to carry out his promise. It is this principle embodied in this section. Either performance or readiness and willingness to perform the contract is the basic requirement.

In a building contract, alterations and specifications for which no rates were fixed, the contractor informed about rates to be charged therefor by notice as per terms. However, under the term of the contract, the government could cancel an order for changed work. The Court held that until rates are settled, the contractor is under no obligation to carry out altered work and the mere fact of non-exercise of liberty to cancel given by the contract does not result in an agreement as to rates, proposed by the contractor.[i]

For the application of section 37, it is not necessary that there must be a formal agreement where the price is fixed through letter and goods are supplied without entering into a formal agreement, the other party would be bound to pay the price.

The rule of the Common law which is here affirmed in the second paragraph was stated in England in 1869, by WILLES, J., a judge of a very great learning and authority. –

“Generally speaking, contracts bind the executor or administrator, though not named. Where, however, personal considerations are of the foundation of the contract, as in the case of principal and agent and master and servant, the death of either party puts an end to the relation; and in respect of service after death, the contract is dissolved, unless there be a stipulation express or implied to the contrary.[ii]

Succession to benefit of a contract

Generally, the representatives of a deceased promise may enforce subsisting contracts with him for the benefit of his estate. It is no real exception to this rule that in some cases the nature of the contract is in itself, or may be made by the intention of the parties, such that the obligation is determined by the death of the promise.

The contract to marry is the most obvious example in Common Law. Another more seeming than the real exception is where the performance by the other party is conditional on some performance by the deceased which was not completed in his lifetime and is of such a personal character that performance by his representatives cannot be equivalent.

An architect’s executor, for example, cannot insist on completing an unfinished design, even if he is a skilled architect himself; and accordingly, he cannot fulfil that conditions on which payment or further payment, as the case may be, would have become due. But a builder’s executors may be entitled and bound to perform his contracts for ordinary building work, for they have only to procure workmen of ordinary competence and similarly-in other cases.

The liability on a contract cannot be transferred so as to discharge the person or estate of the original contractor unless the creditor agrees to accept the liability of another person instead of the first.[iii] As a rule obligations under a contract cannot be assigned except with the consent of the promisee, and when such consent is given, it is really a novation resulting in the substitution of liabilities. On the other hand, rights, under a contract are assignable unless the contract is personal in its nature or the rights are incapable of assignment either under law or under an agreement between the parties.[iv]

The benefits of a contract are assignable but the assignee of the benefits does not get a right to sue the other contracting party for breach of the contract itself except in the case of a person who is claiming through a party to the contract by the operation of law.[v]

A person who wishes to obtain decree on the basis of assignment must allege and prove a valid assignment in order to show that he has a cause of action.[vi] A promisee has a right to the benefit he contemplates from the character, credit and substance of the person with whom he contracts.[vii] “Neither at law nor in equity could the burden of a contract be shifted off the shoulders of a contractor on to those of another without the consent of the contractee. A debtor cannot relieve himself of his liability to his creditor by assigning the burden of the obligation to someone else; this can only be brought about by the consent of all three and involves the release of the original debtor.

Contracts of this class cannot be assigned at all in the sense of discharging the original contractee and creating privity or quasi-privity with a substituted person. To suits on these contracts, therefore, the original contractee must be a party whatever his rights as between him and his part to perform the conditions performable by him under the contract. This is the reason why contracts involving special personal qualifications in the contractor are said, perhaps somewhat loosely, not to be assignable.[viii]

Again, when considerations connected with the person with whom the contract is made form a material element of the contract, it may well be that such a contract on that ground alone is one which could not be assigned without the promisor’s consent, so as to entitle the assignee to sue him on it.[ix] Such personal considerations are, for example, the credit and solvency of the party who wants to assign the contract.[x]

The Contract Act has no section dealing generally with the assignability of contracts. This is a topic that belongs to the law of property.

The words “any other law” in this section sanctions and recognizes the existence of other laws which might dispense with or excuse performance of the contract. [xi]

Any law which dispenses with or excuses performance under an agreement relating to the tenancy of premises will also be treated as supplementary to the Transfer of Property Act and the parties to the agreement can take advantage of that law. Such a law cannot, in view of the provisions of section 37 of the Contract Act which envisages interference with agreements by validity made law, be struck down on the ground of repugnancy with the provisions of Transfer of Property Act.[xii]

The statutory provisions lay down that, subject to certain exceptions, a contract, in the absence of a contrary intention, express or implied, is enforceable by and against the parties, and their heirs and legal representatives, including assignees and transferees.

Section 37 applies to an agreement to pay a certain sum of money to a near relation out of natural love and affection as it is a contract under section 25. Hence, it would in the absence of any contrary intention appearing from it bind the legal representatives of the promisor also. Where the contract is one which has a relation to the personal conduct of both the contracting parties, the death of either of them puts an end to the contract.

A party to a contract cannot retain the benefit derived under it if he avoids the contract. He must avoid the contract wholly.