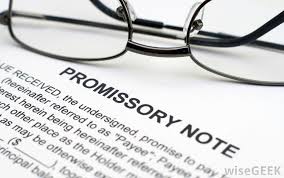 In this article, we discuss the concept, need and how to draft a promissory note.

Sambasiva Rao obtained a sum of Rs. 20,000/- from Narasimhas with interest at 12% per annum. Draft a promissory note for B. Sambasiva Rao to be executed in favour of Nagarajus.

On Demand either to him or by order