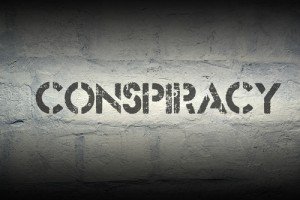 Criminal Conspiracy – Meaning, Nature and Scope | Overview Definition of Criminal conspiracy under Section 120-A IPC Nature and Scope of Section 120A Proof of Conspiracy Punishment of Criminal Conspiracy (Section 120B) Under English law conspiracy is said to be committed if two or more person agrees together to do something contrary to law, or wrongful and harmful towards another person, or to use unlawful means in the carrying out of an object not otherwise unlawful, the persons...

Under English law conspiracy is said to be committed if two or more person agrees together to do something contrary to law, or wrongful and harmful towards another person, or to use unlawful means in the carrying out of an object not otherwise unlawful, the persons who agree commit the crime of conspiracy.

A criminal conspiracy is the agreement of two or more persons to do an illegal act or to do a legal act by illegal means.

I. Definition of Criminal conspiracy under Section 120-A IPC

“When two or more per­sons agree to do or cause to be done, an illegal act, or an act which is not illegal by illegal means, such an agree­ment is designated a criminal conspiracy, provided that no agreement except an agreement to commit an offence shall amount to a criminal conspiracy unless some act besides the agreement is done by one or more parties to such agreement in pursuance thereof.”

Laws pertaining to the conspiracy are deemed to the most complex ones considering the other inchoate offences in the common law. One may find the laws related to conspiracy as arbitrary. Glanville William has opined that:

“If the mere intention of one person to commit a crime is not criminal, why should the agreement of the two people to do it make it criminal? The only possible reply is that the law is fearful of numbers and that the act of agreeing to offend is regarded as such a decisive step as to justify its own criminal sanction.”[1]

Hereunder are certain ingredients that must be satisfied in order to establish conviction under this Section:

The proviso affixed to the main provision elucidates that merely entering into an agreement would suffice to constitute the offence of criminal conspiracy. Nevertheless, when there is an involvement of illegal means then it is necessary to show that some overt act has been committed by the parties who had entered in an agreement corresponding to the same.

The existence of knowledge of the object regarding the commission of the conspiracy is requisite to commit the offence.[2]

Further, it must be noted that the meaning of the term ‘illegal’ as provided in Section 43 of IPC,[3] means:

The criminalization of the crime of conspiracy becomes a substantive offence as it is established on the fact that a collaborative design of partied provides momentum to the commission of the crime. Regarding the same the Apex court has opined the following:

“Lawmaking conspiracy a crime is designed to curb immoderate power to do mischief which gained by the combination of the means. The encouragement and support which co-conspirators give to one another rendering enterprise possible which, if left to individual effort, would have been impossible, furnish the ground for visiting, conspirators and abettors, with condign punishment.”[5]

II. Nature and Scope of Section 120A

The Apex Court in the case of Mohd Hussain Umar Kochra v. KS Dalip Singhji[11] has elucidated on the part played by each member in a conspiracy:

“The agreement is the gist of the offence. In order to constitute a single general conspiracy, there must be a common design and a common intention of all to work in furtherance of a common design. Each conspirator plays his separate part in one integrated and united effort to achieve the common purpose. Each one is aware that he has a part to play in a general conspiracy though he may not know all its secrets or the means by which the purpose is to be accomplished.

The evil scheme may be promoted by a few, some may drop out and some may join in at a later stage, but the conspiracy continues till it is broken up. The conspiracy may develop in successive stages. There may be a general plan to accomplish the common design by such designs as may from time to time be found expedient. The common intention of the conspirators is then to work for the furtherance of the common design his group only.”

It is difficult to adduce primary evidence for proving a charge of conspiracy as it is always planned in secrecy. Only inferences drawn from the illegal omissions committed by the conspirators can lead to a conviction under this section. Therefore, in determining the complicity of an individual it is required to prove the circumstantial evidence existing post and prior to the commission of the crime. Inferences can be drawn from the conduct and circumstances of the accused.

A mere suspicion, without the presence of any direct or indirect evidence instituting the prior meeting of minds, cannot be the grounds for conviction.[14]

The courts are mandated to enquire the existence of independency of the individuals pursuing the common design. If this is proved then conspiracy does not exist. The prosecution does not have the burden to prove an explicit agreement between the parties to the common design of conspiracy and implications would suffice to entertain conviction under Section 120A.

Certain conditions as provided by Section 10 of the Indian Evidence Act, 1872 which furnishes principles of the agency have been enumerated as follows:

This section segregates conspiracy into two categories for the purpose of punishment. Parties engaged in the conspiracy of the commission of grave offences which have not been enumerated by the Indian Penal Code are to be punished in the same manner as if they had abetted the offence.

Usually such ‘grave offences’ are punishable with a death sentence, life imprisonment or rigorous imprisonment. Further, the conspiracy to perpetuate any other offence or an illegal act is punished likewise with imprisonment which may extend till six months with or without fine.

Section 120B is mandated to be read with Section 196 of the CrPC. Without the prior leave of the Central or the state Govt a court cannot take cognizance of the criminal conspiracy to:

Similarly, without availing prior consent of the Central or State Govt. or the district magistrate, a court cannot take cognisance of the following conspiracy to:

Nevertheless, no prior approval is required when the offence is pertinent to an offence provided by Section 195, CrPC. A conspiracy initiated in India related to some unlawful activities outside India does not necessitate the prior permission of the Central Govt.[17] One must note here that Section 196 does not restrict the registration of a case related to criminal conspiracy or conducting an investigation by police or submission of a report prepared after the investigation to a magistrate.

Importantly it must be noted that Section 120B punishes any act which in furtherance of a criminal conspiracy did not amount to an offence. Additionally, if more than two persons are engaged in design to commit an offence or to accomplish the object of the conspiracy, then even if some of the accused persons are exonerated, does not mean the remaining could not be held guilty under Section 120B.

In the famous Hawala[18] case, the Jain brothers had allegedly bribed well-known politicians to gain favourable contracts and had recorded these bribe amounts in a diary. The Special court dismissed the discharge petitions filed by two prominent politicians whose names were found in the diary namely – VC Shukla and LK Advani. The Apex court, on a further appeal, removed the charges levelled against the politicians due to lack of prima facie evidence. However, the Jain brothers were held liable under Section 120B.

Another important issue which has emerged is regarding the charges to be imposed with reference to conspiracy or abetment when an offence is committed in furtherance of a conspiracy. Apex court in the case of State of Andhra Pradesh v. Kandimalla Subbaiah,[19] ruled that:

“Conspiracy to commit an offence is itself an offence and a person can be separately charged with respect to such conspiracy. There is no analogy between Section 120B and 109, IPC. There may be an element of abetment in a conspiracy, but the conspiracy is something more than abetment.”