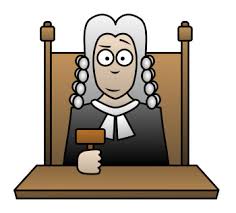 The procedure to be followed and the powers conferred to the magistrate are given in the criminal procedure code, 1973 and also some in Indian Penal Code, 1860. The primary and main objective of these proceedings to be conducted is to ensure that the trail must be fair and no one should be deprived of their rights. First of all the main duty of the magistrate when the complaint is filed is to see that the accused should be treated as innocent till the charge against him is proved and also should check that he doesn’t escape from the punishment.

The powers of the magistrate are given in section 156(3) of CrPC, the procedure which he needs to follow may also be classified under this act. But before discussing it we need to know the different kinds of magistrates. Even the classification is given in the Code of criminal procedure.

According to CrPC in each sessions district, there shall be –

So here we must also understand section 190 of CrPC. According to this section any magistrate of the first class, and any magistrate of the second class specially empowered in this behalf under sub-section (2), may take cognizance of any offence- upon receiving a complaint of facts which constitute such offence; upon police report of such facts; upon information received from any person other than a police officer, or upon his own knowledge, that such offence has been committed.

In the case of CBI & another v. Rajesh Gandhi and another[1] the Hon’ble apex court held that “no one can insist that an offense is investigated by a particular agency.”[2]