Development of Industrial Legislation in India 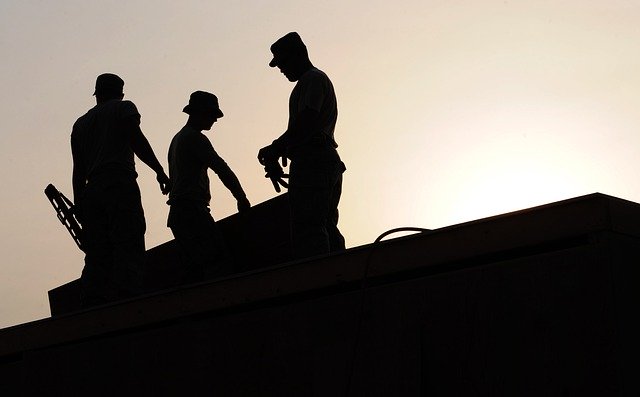 The development of industrial legislation in India can be understood from the time of colonial British government to the modern-day globalisation and lassiez faire period, balanced with the notion of a welfare state.

Development of Industrial Legislation in India

Labour law has historically existed since time immemorial. One can look at the Code of Hammurabi (1972-1950 BC), who was the ruler of Babylonia in ancient Mesopotamia. The Code provided rules with respect to slavery, where the workers were treated as commodities and sold according to the skills and work performed. An example of this is Paragraph 199 of the Code, which provided that if a man were to put out the eye or break the bones of another man’s slave, he would have to pay him one-half of the value of the slave.[1]

In India, one can see reference to labour laws and slavery in the Manu Smriti, where the population was divided into four varnas on the basis of occupation, and aspects of slavery could be seen in the rules prescribed for the lowest varna, the sudra. In the Arthshastra, Kautilya talked about the labour theory of value, albeit with a slightly more progressive approach, providing that just and fair wage had to be paid to workers taking into account the output and the time and skills taken, and that there should be workers associations and guilds to protect their interests.

The brutality of the slavery system where slaves were considered to be the property of the master and did not enjoy any rights and dignity led to successive revolutions between the seventeenth and the nineteenth centuries which resulted in the emergence of what we know today as labour laws. Development of industrial legislation in India can be understood from the time of colonial British government to the modern-day globalisation and lassiez faire period, balanced with the notion of a welfare state.

In 1843, the British introduced the Indian Slavery Act which though provided for the abolition of slavery in India, actually failed to prohibit employment practices which essentially kept the workers in a slave-like condition.

The situation was worsened with the introduction of the Workmen’s Breach of Contract Act of 1859, which provided for criminal punishment for the workers for breach of contract, and had been enacted to protect the interests of the employers by giving them a right to enforce contacts of personal service. Similarly, the Employers and Workmen’s (Disputes) Act of 1860, which was the first legislation dealing with the settlement of industrial disputes in India also made the breach of contracts a criminal offence.[2]

The Factories Act, 1881 was the first legislation directly affecting industrial labourers in the country. It was applicable to all manufacturing establishments which made use of machinery driven by electricity. Other conditions for applicability were that the establishment must be employing at least a hundred labourers, who worked for more than 120 days in a year. It prohibited children younger than seven years old from working in factories and provided that children younger than twelve years could not be made to work for more than nine hours a day.

It further provided for a daily one-hour break, and four holidays per month. It made it compulsory to report accidents in factories, and fence dangerous machines to reduce accidents. Further, it provided for the appointment of factory inspectors who were to look into the working of factories.[3]

The Act, despite its somewhat progressive provisions, was enacted at the behest of cotton manufacturers in Britain, who were worried that the Bombay cotton manufacturers had an unfair advantage over them due to no restrictions on employing children and hours of work.[4]

The Factories Act of 1881 was inadequate and did not satisfy either the British manufacturers or the Indian social workers, and investigations were carried out by two Commissions- the Bombay Factory Commission in 1884, and the Factory Labour Commission in 1890, both of which reported that there were inadequate protective measures for women and children working in the factories as compared to those in England.

This led to the introduction of the Factories Act 1891, which was made applicable to establishments using power-driven machinery with at least fifty workers, prohibited children under nine years old from working in factories, and reduced the number of working hours of children to seven hours a day. Women’s working hours were fixed at eleven with breaks in between. It was made compulsory for the employer to provide adequate drinking water, sanitation, and ventilation to the workers.[5]

There was a global decline in the textile industry which resulted in workers’ strikes all over the world. The government-appointed special officers and committees to look into the working conditions of factory labour. In 1906, a committee was appointed under Commander Sir H.P. Frere Smith, on the recommendation of which the Factories Act 1911 was introduced. It was made applicable to industries that worked less than 120 days in a year and thus widened the scope of the legislation.

Children could work for a maximum of six hours per day, while adult male workers were to have a twelve-hour working day. More stringent health and safety measures were put in place, and full-time factory inspectors were appointed. The Factories Act 1911 became a standpoint and a model for the development of future industry legislations.[6]

The First World War ended in 1918, which led to the Treaty of Versailles, which resulted in the formation of the International Labour Organisation (ILO). The ILO Conference in Washington adopted several labour conventions, which were ratified by the Government of India, and to enforce these conventions, the Factories Act of 1922 was enacted. Children below twelve years of age were prohibited to work in factories, working hours for adults were fixed at sixty hours per week, a one-hour lunch break was to be provided every day, and one day had to be given each week for rest.

The Factories Act of 1934 was the result of the report of the Royal Commission on Labour headed by J.H. Whitley. The number of working hours were reduced, overtime work was regulated with higher wages being prescribed for it, first aid and creches arrangements were to be provided for the workers, factory inspectors were given more powers, and most importantly, a distinction was recognised and made between factories which operated perennially and those which operated seasonally.[7]

The 1934 Act was amended from time to time and was ultimately replaced by the Act of 1948. The maximum number of working hours was prescribed to be 48 hours per week. It was made compulsory for factories to have adequate drainage, lighting, ventilation, sanitation, and drinking water facilities.

The Act is applicable to any factory with ten or more workers. It provides for general duties of the occupier to ensure the health and safety of the workers (Section 7A), the appointment of safety officers for factories with more than a thousand workers (Section 40-B), workers’ participation in safety management (Section 41-G), facilities for sitting and canteens (Sections 42 to 49), and the like.

The Employers and Workmen’s (Disputes) Act 1860 criminalised breaches of contract by workers. It was introduced for settling disputes regarding wages paid to workers engaged in building canals, railways, and other public utilities, in a speedy manner. This legislation was the result of disputes between European railway contractors and their Indian workmen in the Bombay Presidency.[8]

More systematic state intervention in industrial dispute resolution could be seen in the Trade Disputes Act of 1929, which provided for setting up of Inquiry and Conciliation Boards, and prohibited strikes without notice in public utility services. However, this legislation did not receive a favourable welcome as the right to strike and lock-out in public utility services had been curtailed but no parallel provision had been made to institute proceedings under the Act. Decisions of the Boards were not binding and no permanent body for dispute settlement was provided.

The Act was revised in 1932 and was made lasting by the Trade Disputes (Extending) Act, 1934. Since 1937 the scope of trade disputes legislation was widened, and permanent resolution institutions were introduced for the speedy and amicable settlement. The Trade Disputes Amendment Act of 1938 provided for the appointment of conciliation officers who had the duty of mediating and promoting settlement.[9]

In 1947, the Industrial Disputes Act was passed. It governs industrial disputes, individual disputes, and other contingencies such as retrenchments, lockouts, layoffs, closure et cetera. It provides for the appointment of conciliation boards, conciliation officers, courts of inquiry, and industrial tribunals. In 1956, the Act was amended to provide for setting up of labour courts and national industrial tribunals. The subject labour comes in the concurrent list in Schedule VII of the Indian Constitution, and therefore, though the Industrial Disputes Act is national legislation, several states have amended the Act to suit their own needs, while some have enacted state legislation also.

The most notable incident to which the history of the Trade Unions Act can be traced back to is the Buckingham Carnatic Mills Strike of 1921 which lasted for an impressive six months. It was led by the Madras Labour Union, which was one of the first organised labour unions in India, and was founded by B.P. Wadia and V.K. Mudaliar. After this incident, pressure grew for legalising trade unions. A Bill was introduced in January 1925, and the Trade Unions Act was enacted in the year 1926. Most of the provisions for the 1926 legislation was similar to the British legislation, and till the present times, the legislation, in its essentials, is the same.

The objectives of the Act have been recognised to the protection of workers against exploitation, representation of workers’ grievances and protection of workers’ rights provided to them. The Act contains the provisions related to registration, regulation, benefits, and protection for trade unions. Registration of a trade union is not compulsory in India; however certain benefits are conferred on registered trade unions such as immunity from civil and criminal liability. Mandatory recognition of trade unions was sought to be achieved by the Indian Trade Union (Amendment) Act of 1947, which inserted Chapter III-A in the legislation to this effect. Though it was passed by the Parliament, it was never brought into force.[10]

The government is underway the process of reducing the multiple numbers of labour law legislation which exist currently and codify them into four consolidated pieces of legislation. These four codes are Code on Wages 2019, Occupational Safety, Health and Working Conditions Code 2019, Code on Social Security 2019, and Industrial Relations Code 2019.

Out of these four, only the first Code, i.e. the Code on Wages 2019 has been passed and made effective. It repealed four previous legislations: Payment of Wages Act 1936, Minimum Wages Act 1948, Payment of Bonus Act 1965, and Equal Remuneration Act, 1976, and seeks “to amend and consolidate the laws relating to wages and bonus matters”.[11]

The Code which relates to our interest as far as the present topic is concerned is the Industrial Relations Code, which seeks to replace three existing legislations- the Industrial Disputes Act 1947, the Trade Unions Act 1926 and the Industrial Employment (Standing Orders) Act 1946. However, it is yet to be brought into force.

[2] Sanctions for the Breach of Contracts of Service, Z.M.S. Siddiqui, Journal of the Indian Law Institute, Volume 25 Issue 3 1983, available here