Evolution and History of Hindu Marriage

Introduction This article deals with the evolution and history of Hindu Marriage in Indian society. It is divided into several sections for better understanding. The historical point of view from the nomadic lifestyle to the present laws and relevant provisions of the Hindu Marriage Act has also been covered within this article. Different types of marriages, across civilizations,… Read More » 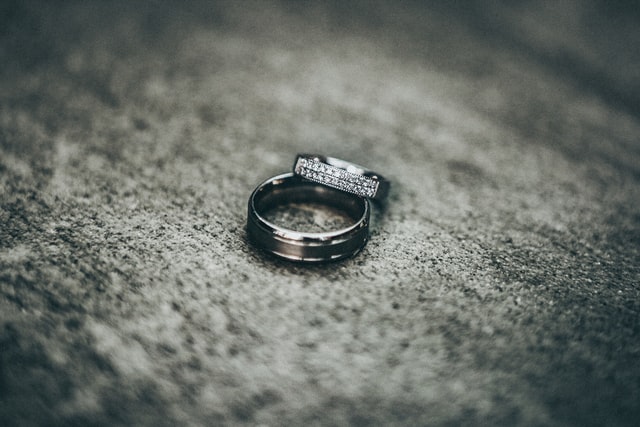 Introduction This article deals with the evolution and history of Hindu Marriage in Indian society. It is divided into several sections for better understanding. The historical point of view from the nomadic lifestyle to the present laws and relevant provisions of the Hindu Marriage Act has also been covered within this article. Different types of marriages, across civilizations, rituals, traditions, and core beliefs of Hindus towards marriage have been discussed as well. Lastly, the...

This article deals with the evolution and history of Hindu Marriage in Indian society. It is divided into several sections for better understanding. The historical point of view from the nomadic lifestyle to the present laws and relevant provisions of the Hindu Marriage Act has also been covered within this article.

Different types of marriages, across civilizations, rituals, traditions, and core beliefs of Hindus towards marriage have been discussed as well. Lastly, the caste system and rules and traditions which are expected to be adhered to by Hindu society as a whole, including the man and the woman are also included.

The men and women of ancient times lived in a nomadic lifestyle. They didn’t spend their lives looking to find marriage or companionship. However, the society became an agricultural-oriented one with time, following that shift in culture and way of life.

The sense of true self and ownership eventually became crucial to humanity. Sexual activity and having a progeny had nothing to do with parentage, as it was hard to ascertain the child’s paternity due to lack of legislation. But the need for boundaries arose, with changing times. Ownership and possession became significant because they gave a sense of security.

After that, there was a need to ascertain the paternity which would require an exclusive relationship between the man and woman. The men’s goal in society became to track down their seeds of life and, consequently, created the need for marriage institutions.

Men and women then started living together, procreating and having their bloodline, and instilling, among many other values, not only ancestry but also a sense of responsibility and unity. Marriage now plays an extremely vital part in the life of a person. The concept itself has become more individualistic in modern times, but it upholds a sense of stability and companionship in life since its inception.

It also instills the feeling of being. This marriage institution limits itself not only as an agreement and contract between man and woman but also as a social institution for the couple to live in a society with specific values and behaviour.

Several scholars have defined marriage in their several distinct ways. These are the perspective of some of these:

According to a sociologist named H.T Mazumdar “marriage is a socially sanctioned union for a male and female to establish (a) household (b) sexual relations (c) procreation and (d) care of offspring.”[1]

George Andrew Lunderberg said it was to ensure that each party, the man and the woman, should know their right and also their marriage duties and responsibilities. He treated the marriage institution more like a means or method of providing man and wife with rules and regulations.[2]

In Shobha Rani v. Madhukar Reddi[3] the Indian courts have defined marriage in which the need for such an institution was more crucial as marriage also has its legal implications. It helps to ascertain different aspects of conflicts and protect a child’s rights. Besides, a union also illustrates cultural values and ideologies and also helps to safeguard them.

There is one commonality, according to various other scholars, where it is observed that marriage failure and instability in the union could be causing financial stress. It could also be called one of the major contributors to poverty, a hunger that ultimately leads to robbery.

In the case of Indira Sarma v. V.K. Sharma[4], the Supreme Court has observed that marriage is often described as one of the basic civil rights of man and woman which is voluntarily undertaken by the parties in public in a formal way and once concluded recognize the parties as husband and wife. There are three elements of the common law of marriage firstly, agreement to be married, secondly living together as husband and wife, thirdly, holding out to the public that they are married, and both sharing a common household and electing to live together and afford each other reasonable marital privileges and rights and be honest and faithful to each other.

Hinduism and marriage under it

Hindu contains a very diverse range of people in it. It’s like a bigger umbrella with a wide range. It is followed by millions of people but has no unique faith or deity. It encompasses a diversity of followers. It is an Indian Personal Law. Where personal life matters and shortcomings can be resolved through them. Hindu law in India includes wedlock, guardianship, divorce, maintenance, and much more.

Hinduism isn’t like Islam or Christianity. It’s more of a way that one leads one ‘s life. Hinduism is like cultural identity and not religion.

Despite technically being non-Hindus, all Sikhs, Jains and Buddhists are included under the definition of Hindu under the 1955 Hindu Marriage Act. Section 1 of the Act signifies that all Hindus in the Indian union, including Jammu and Kashmir, are subject to the application of this Act. That will include those Hindus who are not residing in India as well.

In India, the marriage concept explores a much fuller insight. It doesn’t just involve the idea of marriage. But that is seen as a sacrosanct entity. It is an integral part of Hindu cultures and traditions. It is a part of the Indian ‘Sanskaar.’ A matter of two families and individuals being united in holy union.

The marriages between man and wife were matrilocal during the civilisation of the Indus Valley. Meaning it was a matriarchal society where, after getting married, the man would live next to the house of the women’s parents. Their off-springs would live there, too. A whole clan of female descendants would thus be living together.

In the year 2011, there was a discovery where it was observed that there have been people who also had marital relations during the Harappa Civilization. The people of Harappa provided the Chacolith people with finished goods which is another modern civilization.

There is enough evidence to reflect that plural marriage or polygamy (how we know it in common parlance), and polyandry relationships existed in those eras. A reflection of that can be seen in the religious texts such as the Mahabharat where five Pandavas were married to ‘Draupadi. The principle was based on the idea that if the woman of the family or wife were unable or unable to perform the religious rites and ceremonies, then the husband or man was entitled to re-marry another woman.

However, with the passage time, this was also replaced. Polygamy and Polyandry practices lost their significance and Monogamy came into force. Monogamy was given preference later since the union of two people was now considered holy and spiritual in mature. Hence it became high in virtue.

This patriarchy found its roots from the Vedic period. Women were considered property during this time and became men ‘s responsibility. Women have begun to lose their independence and their rights as an independent individual have now been placed upon the shoulder of patriarchy. Moreover, the men know where those who were thought capable of assuming responsibility were.

The rituals of the marriage were to be conducted and blessed by a Vedic priest. This holy sacrament then wove the man and the woman in holy matrimony. After this, the family life of the women and men would begin. Following which they have offspring for their family. Thus, this is how society evolved from ancient times to the present scenario. It shifted from an unregulated society to a modern society where monogamous marriages have prevalence.

The ceremony of the marriage itself is quite a long and tedious process. It includes several cultures and traditions which are performed by both the families i.e., the grooms and the bride’s family. This is a celebration in Hindu culture, which is shared with family, friends, and neighbours.

Core principles of a Hindu’s life

The Hindu’s have been divided into many castes. Law of Manu includes major categories:

Marriage is allowed within one’s caste and marriage in the caste system is usually not accepted. According to Manu, to produce legitimate offsprings, a man should marry within the next lower caste itself. This caste system has been prevailing since time immemorial and is still pretty relevant and adhered to by the Hindus in Modern India also.

According to textual Hindu Law, an everlasting bond of relationship comes into existence between husband and wife after their marriage. With the passage of time and the changing society, the laws and rules within the Hindu culture have witnessed several changes and evolution. From being nomadic to living a family life after the union of two souls of marriage. The Hindu Marriage Act 1955 also includes provisions related to divorce. Hence, the concept of non- dissolution does not hold any prevalence in current times.

Marriage amongst the Hindu community is governed by two laws in India namely; Hindu Marriage Act and Special Marriage Act under a circumstance where a Hindu marries a Non-Hindu. These laws protect the interest and rights of the person and help them live a peaceful, happy life.