Home  »  Apna Bites   »   FORCED NATIONALISM: I love my country and I do not need to prove it to anyone – By Abhinav Ashok 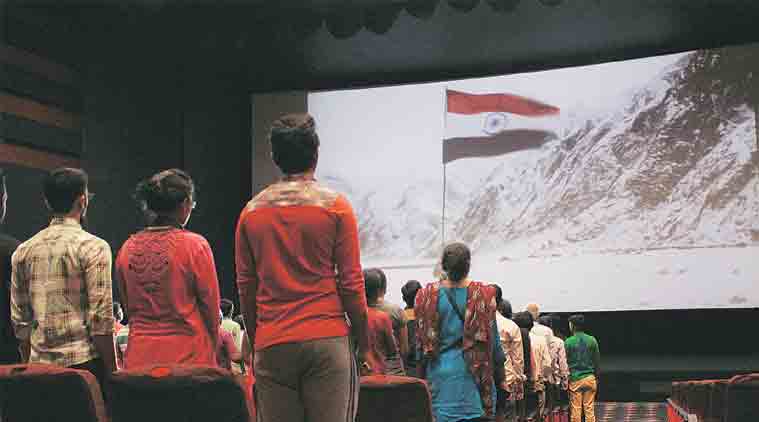 I am not a ‘Pakistani’, neither I am an anti-nationalist. FORCED NATIONALISM: I love my country and I do not need to prove it to anyone

You walk into a movie theatre, excited. And the opening ads and trailers begin, followed by ‘The National Anthem of India’. And you stand up because after all, it is the national anthem of your country which unites the people across the stretch of 32,000kms in one direction and 28,000kms in the other.

But wait, what is the point of playing the national anthem in a cinema hall? I am not a ‘Pakistani’, neither I am an anti-nationalist. Is it to see if I am a nationalist or if I love my country?

And what is the logic behind it? I love my country and I do not need anybody’s validation to know if my love for the country is enough. Who started with the idea of playing it in a movie theatre? Movies are a place where everyone goes for leisure and somehow this tradition has made it rather tough and horrifying for some people to go to the movies anymore. We are not unaware of the numerous instances where people were brutally thrashed for not standing up while the anthem was being played without knowing the reason for not being able to stand.

People in our country have a habit of reacting at a lightning speed and thinking at the speed of a snail.

It was found out that the person was, in fact, disabled after he was trashed brutally. There have been many cases as such in the past few years in different parts of the country. Is making a national anthem mandatory in theatres capable of stopping the terrorist attacks? Is it capable of stopping the internal hatred that people have within the country? There are so many other pressing issues that need to be addressed. Let’s be realistic.

Some people always find it convenient to state that our soldiers are standing there on the border for the country so there should be no problem for us to stand during a national anthem, well there is a time for everything and somehow standing in a closed room will not prove my patriotism. For that matter, even a normal employee in every company or workplace is doing something great for the country too by sitting and doing his work, because he too pays the taxes and is responsible for the betterment of the country! Standing for the national anthem in a movie theatre is not the true test of nationality, no matter what. Love comes from within. There is no way you can make someone love something according to your standards. Not everyone has the same intensity of feelings. People have themselves become a weapon to the mankind. It was until this year that the Supreme Court of India took its decision back to make national anthem mandatory in movie theaters!

Are Indians Victims of FORCED NATIONALISM?