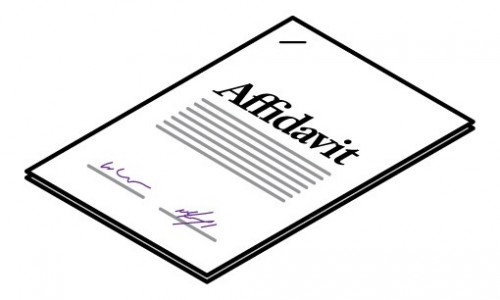 Draft, on behalf of the respondent wife, a notice of motion, along with an affidavit in support thereof, in and for custody of a minor girl.

IN THE FAMILY COURT AT TIRUPATI

(1) I say that I was married to the respondent on 01.04.2004 at Tirupati according to traditional Hindu rites until 2010. I had cohabited with the respondent at Tirupati and had a son Rahul by the said marriage. The said Rahul is now 5 years of age.

(2) I say that until November 2010, our matrimonial life was quite happy and harmonions. Thereafter, the respondent took to heavy drinking and began to show disgust, contempt and neglect towards me and towards the said Rahul.

(4) I say that I am a housewife with no independent source of income. I further say, that the respondent is the Branch Manager of Indian Bank and is drawing a monthly salary of 4000/-

(5) I say that I am clearly attached to the said Rahul and fear physical, assaults on him by the said respondent if his custody.

(6) I therefore, submit that this notice of motion be made absolute with costs.