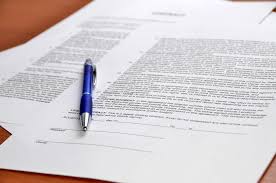 In this article, you will find a brief explanation and Format of Memorandum of Appeal in Civil Cases.

A memorandum of appeal is different from a petition. Therefore, no enumeration of the facts of the case, no complaint against the high handedness of the other party, no plea of the helpless condition of the appellant and no plea for the sympathy of the court should find any place in the memorandum. The memorandum can be divided into two main parts. They are

In the formal part, the following should be included:

(a) Heading of the case: This should begin with the name of the Court, the name and address of the parties to the appeal should be given. The name of the appellant being given first.

(b) An introductory state of the appellant: This statement must give the particulars of the decree or order appealed from.

(c) The Valuation of the appeal:

(2) The material part of an appeal should include the following Ground of Appeal:

(i) The grounds of Appeal or objection should be written distinctly and specifically.

(ii) They should be written concisely.

(iii) They must not be framed in a narrative or in an argumentative form.

Format of Memorandum of Appeal in Civil Cases

And the other Judges of the

The petitioner above named respectively showeth

(a) That this honourable court be pleased to issue a writ of mandamus or a writ in the nature of mandamus or any other appropriate writ, order or direction U/Art-226 of the constitution of India, against the respondents ordering and directing them.

(i) To forthwith withdraw and cancel the said letter of rejection dated 07.01.2011 being exhibit “C” here to

(ii) To forthwith disperse of the application of the petitioner dated 02.05.2011 being, exhibit “A” here to after giving to the petitioner as per the rules and guidelines relating to imports licensing.

(b) For the costs of this petition and

(c) For such further and other orders and the nature and circumstances of the case may require.