Gender Equality: Does it Include the Third Gender In India?

Gender equality means when Male and Female are treated equally at every aspect of society i.e. socially, economically and educationally. In India, the respect for a woman seems mythical as there is a constant increase in the instances of rape and other violence against women. Gender Equality is concept following when women are empowered. It is the second… Read More » Gender equality means when Male and Female are treated equally at every aspect of society i.e. socially, economically and educationally. In India, the respect for a woman seems mythical as there is a constant increase in the instances of rape and other violence against women. Gender Equality is concept following when women are empowered. It is the second stage towards absolute equality. Today women in India are self-dependent, educated, aware and strong. But the respect for women in the mind of men of our society is still not what it should be. Even after the 2012 Delhi Rape Case, and Criminal Amendment Act 2013, there is no change in the no. of crimes against women.

Gender Equality cannot be achieved until and unless a woman is empowered. Ours is one of a male-dominated society, gender equality is a dream to bring women equal to men. There are still males out there who consider their status to be higher than that of a woman. This type of mentality results in more problems for an Indian woman. The men in our society consider it as a threat to their crown and dominance. But the truth is when a man gives a woman proper respect and equal chance then it increases his respect in the eyes of people.

In 2014 Supreme Court’s landmark judgment in National Legal Services Authority vs. Union Of India regarding the transgender community of India recognizing them as the Third gender and giving them recognition does that mean that now in India, Third Gender can also fight for Gender Equality.

The Third Gender, which was recognized only by their signature clapping, dancing and singing style, is slowly becoming more developed, educated and aware. Now, they will have a proper representation in the society and will be treated equally.

This is one aspect of this problem. As now the Transgender are considered as one additional gender, they have their rights and legal existence in the society. In India, the third gender should be considered in the race for gender equality because this is something which relates to the social development of the society altogether. If anyone of these are left behind than there will be a mass violation of human rights. 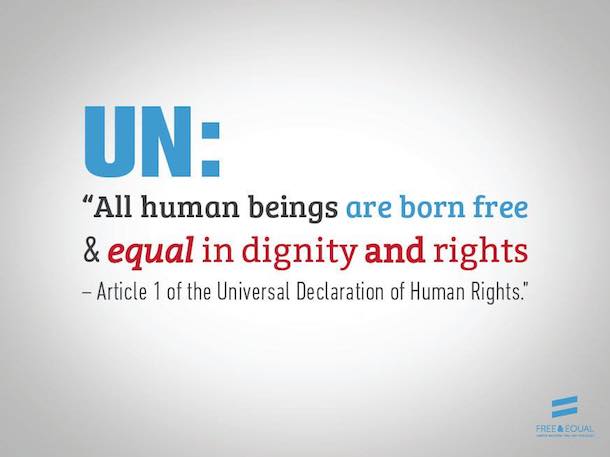 Providing Rights and legal existence to the third gender raises ques. Is our society ready for this change, when right now women are fighting for their rights? They are empowered but we cannot deny that they are still living under the shadow of a male-dominated society. Will the third gender be able to distinguish itself according to the norms of the society? The third gender has a long way to go when it comes to Gender Equality.

All Three are responsible towards the development of the Indian Society. Gender Equality is a wider concept of Equality under Article 14 of the Constitution. It is really hard for India being a traditionally rich country to go through these changes. It is a fantasy world for the Indian society and nobody expected that transgenders will come out so strong and they did. They fought and got their legal existence sanctioned by the Apex Court. India will see a change when they will fight for equality and it will be a tremendous achievement for us.