Introduction The LGBT community includes Gay, lesbian, bisexual and Transgender. While gays & lesbians are people attracted to same-sex (also called homosexuals), bisexuals are both homosexual and heterosexual. Transgender, on the other side, is a blanket term used for Eunuchs, people born with both sex characteristics, Transmen/Transwomen are people who have gender identity opposite to that of assigned… Read More » 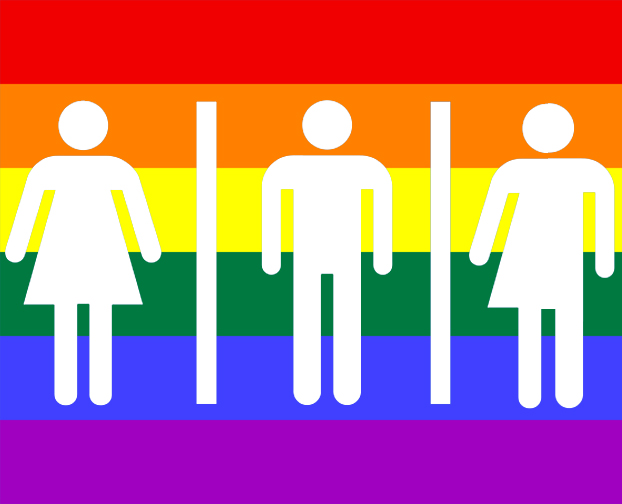 The LGBT community includes Gay, lesbian, bisexual and Transgender. While gays & lesbians are people attracted to same-sex (also called homosexuals), bisexuals are both homosexual and heterosexual. Transgender, on the other side, is a blanket term used for Eunuchs, people born with both sex characteristics, Transmen/Transwomen are people who have gender identity opposite to that of assigned sex, Transsexuals, people who desire to medically transition into the opposite sex and Crossdressers, people who like to wear clothes of the opposite sex.

Whenever we hear about LGBT and their rights we always come across various questions, Questions as was the Apex Court’s decision on LGBT a valid decision? Is being homosexual unnatural? While criminalizing the act of homosexuality and calling it unnatural, are we not indirectly going against the very law of human rights and equality? What about bringing about change in the mindset of society towards issues like that of section 377?

Today when the world is planning to land on Mars still some people in our society still consider transgender as good as untouchability and the most downtrodden section of society. While we keep talking about India’s continuous growth and development as a county, we must think to ourselves, is it just enough to be developed in terms of science, economy, and infrastructure? Same as our society our court has equally been disappointing by criminalizing homosexuality.

Background of LGBT Movement in India

First time in India, in 1860 when the Indian Penal Code came into effect people came to know about Section 377 (Unnatural Offences) which says “Whoever voluntarily has carnal intercourse against the order of nature with any man, woman or animal, shall be punished with imprisonment for life, or with imprisonment of either description for a term which may extend to ten years, and shall also be liable to fine.”

Then in July 1999, India saw the first LGBT pride parade in Kolkata. Which was criticized by many religious people like pundits, saints and maulvis their arguments were that God made only two types of humans either male or female there is no LGBT etc.

After that in December 2001, an NGO (Naz Foundation) fighting for gay rights came to light, they filed a PIL seeking the legalization of gay sex among consenting adults. In July 2009 High Court of Delhi strikes down section 377, decriminalizing homosexuality.

But in December 2013 Supreme court of India reverses the high Court’s decision and again criminalized homosexuality.

Section 377 in itself is discriminatory in nature. It is contradictory to our constitutional law and discriminates on the basis of sex and equality. Since basic equal rights are not given to this community. Therefore, laws on criminalizing homosexuality in itself are contradictory laws and are in violation of the fundamental rights of Articles 14, 15 and 21.

Discrimination on Grounds of Sex

Our constitution does not allow any discrimination on the grounds of Sex. Hence the rights of LGBT cannot be violated on grounds of:

The constitution does not directly provide the right to privacy as a fundamental right to the LGBT community hence withholding them from the freedom to choose their sexual orientation.

These people are discriminated against in every field, at every stage in their life. Whether it is at home, workplace, or any other place. They often become the victim and are abused and harassed. They are being cursed by straight people.

Apart from this type of discrimination homosexual people face numerous types of ignorance like discrimination at the workplace, exile from their family, physical and mental harassment etc.

With the passage of time and several petitions the law understood the need to survey its choice of putting aside the Delhi High Court’s choice of authorizing Section 377 of IPC. Likewise, in the milestone judgment by the Supreme Court of India, transgender individuals have conceded the status of a “third gender” classification, remembering them as a socially and monetarily impeded class.

“It is the right of every human being to choose their gender“, the judgment expressed, therefore allowing rights to the individuals who self-distinguish as neither male nor female. By this choice, the supreme court has given a beam of the plan to LGBT people groups by enabling them to pick their sexual orientation which will be perceived notwithstanding to house, proportion cards, and so on. Through this progression, SC has urged equity and permeability to this group.

The Supreme Court’s decision proclaiming the right to privacy to be a fundamental right has led to an expectation for the gay and LGBT people group that was managed a pass up a similar court when it criminalized sex between two consenting grown-ups of the same sex and brought it under the ambit of Section 377. But in this landmark judgment Judges ruled that sexual orientation is covered under clauses in the Indian Constitution that relate to liberty.

The ruling leads a way for discriminatory practices against LGBT people to be challenged in the courts. The apex court reasoned that privacy incorporates at its centre the protection of individual affections and that sexual orientation is an essential attribute of privacy. The court held that privacy and protection of sexual orientation lie at the centre of the fundamental rights under Articles 14, 15 and 21 of the Constitution.

The Supreme Court’s verdict on section 377 is not just biased, there is nothing substantial enough to prove section 377 to be correct neither morally nor scientifically. Despite the fact that from the most recent couple of years the general public is getting to be plainly mindful of LGBT individuals and is understanding the difficulties they confront each day, however, this issue can’t be illuminated until the point when the entire society prepares to acknowledge the LGBT people group and treat them similarly.

Our country has a large number of people from the small community and tribal people and tribal people have some different rights, so like they have some right to live the way they want to the LGBT society should be also granted such freedom and rights.

Without general public support no government action, no administration plans, Ngo’s endeavours will be productive so first, it is important that the general public understand the things.

Consequently, to give these individuals their rights it is vital for every one of us to meet up and improve this world an and a liveable place, where anybody can be anything, can do anything independent of their sex, sexual introduction, and so on at exactly that point, these little endeavours would yield the successful outcomes for everybody. It’s the right time that us as a country to adopt methods of inclusiveness instead of segregating minorities due to such differences and individual preferences.