HOPE:  THE EXTINCT AND GENERATED VIRTUE

Pandora was sent to earth with many blessings. She was given a box, which was ordered not to be opened. However, she opened it. All virtues were lost but not Hope. Hope was the only thing which clung to the box. Though Hope was left behind, Pandora misused the hope of Zeus that she would not open the box. She has deceived and disappointed Zeus.

A calculated assumption is that Pandora would have traveled again. Sure, she had the box with her. She was so obsessed with the box. She opened it. The only virtue was also lost. She regretted on seeing what was happening around her. Hope is killed by two vices – deceit and disappointment.

With the vanishing of Hope, Pandora finds an investment company flying by night putting the lives of thousands in misery. The people in the houses come out in the morning and cry and scream. She finds people killing themselves along with their families. There Hope is also lost. The people say that they had invested their money with the ‘hope’ in the company. This hope ends in deceit.

There are people, who trust other people. In schools, teachers trust students. Students are trusted and are made to do right things. Students take the way out to do things. Teachers assign the students some works to be done at home. That is for their good and is assigned with hope. Students break this hope by copying. Every patient tries to submit himself to a physician under the trust he has. Some physicians misuse the trust by minting money more than what would do. 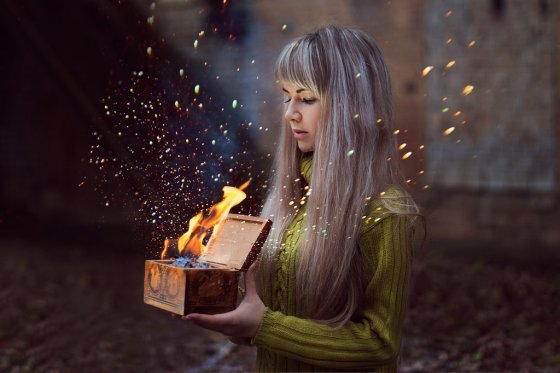 She sees Hope becoming a disappointment. Some students attempt exams. The exams sometimes turn out to be unsuccessful. The students would have attempted well but some technical and manual factors and deliberate crimes become unfavorable. Some students have the power to come out of it but some kill themselves. This is also due to lack of hope in minds.

To avoid deaths like these, there must be Hope. The students must trust themselves. A spider taught King Bruce, Hope. Why cannot we teach others? Have hopes. Hopes help us travel high. As compensation, the Gods would have gifted Dr.Kalam to propagate Hope through his mantra “DREAM”.  It is easy to dream and cultivate hope rather than to feel depressed for a deceit and disappointments.

Dr.Kalam has redeemed us of that gloomy milieu. Dream high. Hope for a Utopia. Hope for a good living. Hope for better values. Hopes are very delicate. Cherish the hopes. Celebrate the hopes. When the hope is broken, never be put down. There are always rehabilitations and other remedies.

Hope well. Hope for the best rather than better. Everything is the play of the mind. When the mind hopes well, the situations appear fine.

“Hope, Hope, Hope for the best and never hamper the best hope for others.”