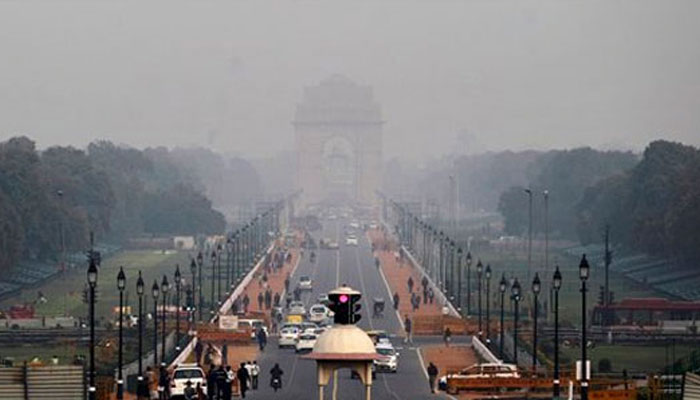 Environmental law has seen considerable development in the last two decades in India. Most of the principles under which environmental law works in India come within this period. Role of Indian Judiciary in the evolution of Environmental Jurisprudence has been immense.

The environment is the wellspring of life on earth like water, air, soil, etc., and determines the presence, development, and improvement of humanity and all its activities. The concept of environmental protection and preservation is not new. It has been intrinsic to many ancient civilizations. Ancient India texts highlight that it is the dharma of each individual in the society to protect nature and the term ‘nature’ includes land, water, trees and animals which are of great importance to us. In the ‘Atharva Veda’, the ancient Hindu Scepters stated: “What of thee I dig out, let that quickly grow over”.

The Healthy Environment is the comprehensive term encompassing all such natural and biotic factors that make possible to entertain Right to life in the true spirit.

The environment furnishes all essentials for life and so there has been a close link between the environment and human beings. Without a natural and congenial environment, human existence is not possible on earth. Since time immemorial, the man had made conscious and determined efforts to make use of the natural resources and to modify his surroundings so that the adverse impact caused by extremes of temperature rainfall and predators may be reduced.

In the quest of making life more comfortable the man has always exploited nature. Agriculture, industrialization and infrastructural developments are the causes of exploitation of natural resources. Human activities create a variety of wastes and by-products which accumulate over a period of time and may become toxic to the naturally growing plants, animal, and mankind.

Indiscriminate use of fertilizers and pesticides has added to the problem. The rapid and unplanned industrialization has given birth to factories emitting noxious gas fumes and toxic effluents, making life more difficult on earth. These things are constantly causing damage to the environment. It is also the duty of the state to protect the environment as embodied under article 48-A, 39 (e) and 47 of the Indian Constitution. So in order to deal with these ever-growing problems, many acts have also been enacted by the parliament but it is a court which always keeps a check on the proper implementation of these enactments and judiciary had played an important role in interpreting the laws to protect the environment.

Prior to 1980s, only the aggrieved party could personally knock the doors of justice and seek remedy for his grievance and any other person who was not personally affected could not do so as a proxy for the victim or the aggrieved party. But around 1980, the Indian legal system, particularly the field of environmental law, underwent a sea change in terms of discarding its moribund approach and instead, charting out new horizons of social justice. This period was characterized by not only administrative and legislative activism but also judicial activism.

In a modern welfare state, justice has to address social realities and meet the demands of time.

Protection of the environment throws up a host of problems for a developing nation like ours. Administrative and legislative strategies of harmonization of environmental values with developmental values are a must and are to be formulated in the crucible of prevalent socio-economic conditions in the country. In determining the scope of the powers and functions of administrative agencies and in striking a balance between the environment and development, the courts have a crucial role to play. Principle 10 of the Rio Declaration of 1992 specifically provides for effective access to judicial and administrative proceedings, including redress and remedy.

Public Interest Litigation (PIL) has come to stay in India. “Public Interest Litigation means a legal action initiated in a court of law for the enforcement of public interest or general interest in which the public or class of the community have pecuniary interest or some interest by which their legal rights or liabilities are affected.” Contrary to the past practices, today a person acting bona fide and having sufficient interest can move the courts for redressing public inquiry, enforcing public duty, protecting social and collective rights and interests and vindicating the public interest. In course of time, there has been a wave of environmental litigation.

Provision of Constitution in relation to Environment

Article 51A (g) – To protect and improve the natural environment including forests, lakes, rivers, and wildlife, and to have compassion for living creatures;

Article 253 – Legislation for giving effect to international agreements. Notwithstanding anything in the foregoing provisions of this Chapter, Parliament has the power to make any law for the whole or any part of the territory of India for implementing any treaty, agreement or convention with any other country or countries or any decision made at any international conference, association or other bodies.

Article 226 – Power of High Courts to issue certain writs (1) Notwithstanding anything in Article 32 every High Court shall have powers, throughout the territories in relation to which it exercises jurisdiction, to issue to any person or authority, including in appropriate cases, any Government, within those territories directions, orders or writs, including writs in the nature of habeas corpus, mandamus, prohibitions, quo-warranto and certiorari, or any of them, for the enforcement of any of the rights conferred by Part III and for any other purpose (2) The power conferred by clause ( 1 ) to issue directions, orders or writs to any Government, authority or person may also be exercised by any High Court exercising jurisdiction in relation to the territories within which the cause of action, wholly or in part, arises from the exercise of such power, notwithstanding that the seat of such Government or authority or the residence of such person is not within those territories.

Landmark Cases that Led to Evolution of Environmental Jurisprudence

Many more such cases could be added from the history of Indian Judiciary who is most vocal in support of Environment and healthy life than other pillars of Indian Democracy. They have capitalized the provisions mentioned in the constitution itself while taking advantage of cardinal principles of International treaties and conventions.

The government of India, as well as State Government, have now started to chart out the plans sector wise, a layout was drafted, guidelines being issued, compliance report is being submitted to Higher courts regarding steps taken by them to ensure the standard of environment protection.

After Independence, if anything that was single-handedly covered and regulated by Judiciary is, Environment protection. Judges have taken it very seriously and observations were not made but compliance was closely watched till it is done in letter and spirit.

Environmental law has seen considerable development in the last two decades in India. Most of the principles under which environmental law works in India come within this period. The development of the laws in this area has seen a considerable share of the initiative by the Indian judiciary, particularly the higher judiciary, consisting of the Supreme Court of India and the High courts of states.

PIL has proved to be an effective tool in the area of environmental protection. The Indian judiciary adopted the technique of public interest litigation for the cause of environmental protection in many cases. The basic ideology behind adopting PIL is that access to justice ought not to be denied to the needy for the lack of knowledge or finances. In PIL, a public-spirited individual or an organization can maintain a petition on behalf of poor and ignorant individuals. Due to PIL, the court indicated contractors of indiscriminate mining operations which had disturbed and destroyed the ecological balance and ordered for their closure in the interest of protection of natural environment and conservation of natural resources for public health.

The Supreme court recognized several unarticulated liberties which were implied in Article 21 of the constitution like the right to free legal assistance and the prisoners to be treated with dignity were recognized as part of the fundamental right. Supreme Court also interpreted the right and personal liberty to include the right to wholesome environment. T

he most important achievement of the Indian constitution is the constitutionalism of the environmental problems by the apex court. Before the year of 1980, there was legislation about control of environmental pollution but little had been done to really make pollution control. But in the present time, the Supreme Court of India expand the meaning of environmental Right. The Supreme Court is making interpretations which led to the creation of new rights. Eventually, under Article 21, this court has created new rights including the right to health and pollution-free environment.