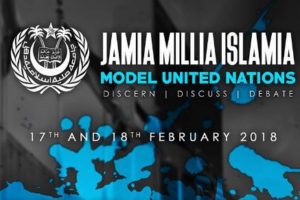 A MUN or Model United Nations Conference is a simulation of the United Nations Organization, where students represent nations as diplomats and deliberate upon pertinent and relevant issues.

If you think you have got the zeal and ability to be a part of the prestigious Secretariat (Organising Committee) of JMI MUN ’18, then take a giant leap and apply for the position right now!