Jurisdiction under Code of Civil Procedure 1908

Introduction The word jurisdiction is not defined under the Code of Civil Procedure. It has been derived from Latin terms “Juris” and “dicto” which denote “I speak by the law”. Jurisdiction means the authority to decide.[1] It also denotes the authority vested with a court to administer justice not only in respect to the subject-matter of the suit but… Read More » 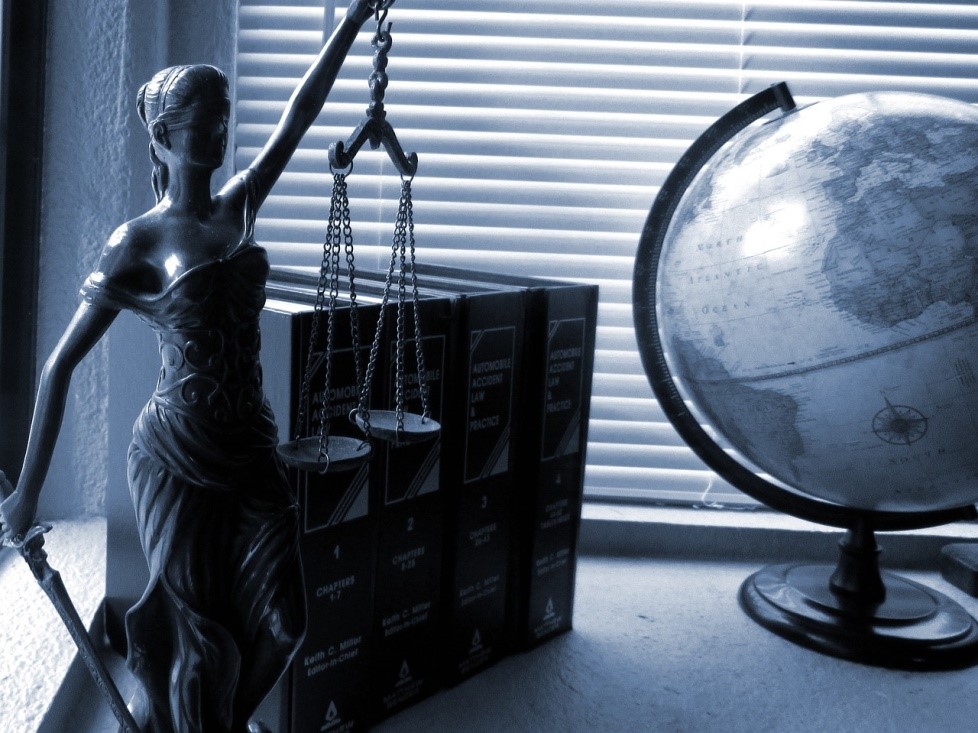 Introduction The word jurisdiction is not defined under the Code of Civil Procedure. It has been derived from Latin terms “Juris” and “dicto” which denote “I speak by the law”. Jurisdiction means the authority to decide.[1] It also denotes the authority vested with a court to administer justice not only in respect to the subject-matter of the suit but also to the local and pecuniary limits of its jurisdiction. When it is said that a court has jurisdiction to try a suit it means...

The word jurisdiction is not defined under the Code of Civil Procedure. It has been derived from Latin terms “Juris” and “dicto” which denote “I speak by the law”. Jurisdiction means the authority to decide.[1] It also denotes the authority vested with a court to administer justice not only in respect to the subject-matter of the suit but also to the local and pecuniary limits of its jurisdiction. When it is said that a court has jurisdiction to try a suit it means that it is competent to try it.[2]

As per the proviso of section 9 of the code, the court shall have jurisdiction to try all suits of civil nature excepting suits of which cognizance is either expressly or impliedly barred. A statute, therefore, expressly or by necessary implication can bar the jurisdiction of civil courts in respect of a particular matter.[4]

Supreme Court in the landmark judgement of Official Trustee v. Sachindra Nath,[5] has made the following observation:

It is well-settled that parties cannot consent to confer jurisdiction of a court. In the leading case of A.R. Antulay v. R.S. Nayak[6], Justice Mukharji stated, “This Court, by its directions, could not confer jurisdiction on the High Court of Bombay to try any case for which it did not possess.”

It was further stated:

And, therefore, the parties may agree among themselves that the suit should be brought in one of those courts and not in the other since there’s no inherent lack of jurisdiction within the court. Such an agreement would be legal, valid and enforceable.[7]

In the matter of Anisminic Ltd. V. Foreign Compensation Commission[9], The House of Lords held that the that any mistake of law made by an adjudicating authority in the decision will be null and void and that a statutory prohibition provision doesn’t bar the court’s jurisdiction from judicial review except it is explicitly expressed.

Supreme Court in the matter of M.L. Sethi v. R.P. Kapur[10], defined the difference between jurisdictional error and error of law within the jurisdiction which is as follows:

The distinction between jurisdictional and non-jurisdictional error is ultimately based upon a foundation of sand. Much of the superstructure has already crumbled. What remains is likely quickly to fall away as the courts rightly insist that all administrative actions should be simply lawful whether or not jurisdictionally lawful.

A court has to determine whether it has the jurisdiction to decide a suit with reference to initial assumptions made. The question depends not on the truth or falsehood of the facts into which it needs to enquire, or upon the accuracy of its findings on these facts, yet upon their temperament, and it is definable “at the commencement, not at the conclusion of the inquiry.”[11]

The court has inherent jurisdiction to decide the question whenever it’s jurisdiction is challenged. All the court or tribunal are not only entitled but bound to determine whether they can exercise their jurisdiction in the matter filed before them or not.[12]

Thus, when a tribunal is conferred with the jurisdiction through a statute that governs it and imposes conditions under which it can work, it’s implied that before the tribunal accept jurisdiction in an issue, it must be fulfilled that those conditions exist as per the law prevailing.

The jurisdiction of a tribunal or any other authority stands on a different footing. Where Parliament has invested such tribunal with the power to decide and determine finally the preliminary facts on which its jurisdiction depends, it can decide such facts and the finding recorded by the tribunal cannot be challenged by certiorari. But where a statute creating or establishing a tribunal does not confer that power on a tribunal, an inferior tribunal cannot, on a wrong decision on preliminary or collateral fact, assume and confer on itself jurisdiction which it does not possess. Such an order can be challenged by certiorari.[13]

Civil Jurisdiction means the jurisdiction which is concerned with disputes of a “civil nature”. While, Criminal jurisdiction, relates to crimes and punishment to offenders.

All the courts and tribunals have fixed local or territorial limits, where they can’t exercise their jurisdiction beyond that. These limits are fixed by the Government. Like, the High Court has jurisdiction over the territory within the State it is situated.

Exclusive jurisdiction is what confers sole power on one court or tribunal to try, deal with and decided a case. No other court or authority can render a judgment or pass an order for such kind of matters.

Concurrent jurisdiction is a jurisdiction which may be exercised by different courts or authorities between the same parties, at the same time and over the same subject-matter. It is, therefore, open to a litigant to invoke jurisdiction of any such court or authority.

The Court shall (subject to the provision herein contained) have jurisdiction to try all suits of a civil nature excepting suits of which their cognizance is either expressly or impliedly barred.

“A civil court has jurisdiction to try a suit if the following conditions are satisfied:

Each word and expression casts an obligation on the court to exercise jurisdiction for enforcement of the right. The word ‘civil’ according to the dictionary means, “relating to the citizen as an individual; civil rights”. As per Black’s Law Dictionary, it is defined as, “relating to providing rights and remedies sought by civil actions as contrasted with criminal proceedings”.

A suit can be said to be “expressly barred” when it is barred by any enactment till the time being in force. The legislators have the authority to bar the jurisdiction of civil courts with respect to a particular class of suits of a civil nature, provided that, in doing so, it keeps itself within the field of legislation conferred on it and does not contravene any provision of the Constitution.”[14]

“A suit is said to be impliedly barred when it is barred by general principles of law. Where a specific remedy is given by a statute, it thereby deprives the person who insists upon a remedy of any other form than that given by the statute. Where an Act creates an obligation and enforces its performance in a specified manner, that performance cannot be enforced in any other” manner.[15]

Similarly, certain suits, though of a civil nature, are barred from the cognizance of a civil court on the ground of public policy. “The principle underlying is that a court ought not to countenance matters which are injurious to and against the public welfare.”

It is well-settled that it is for the party who seeks to oust the jurisdiction of a civil court to establish it. It is equally well-settled that a statute outsings the jurisdiction of a civil court must be strictly construed. Where such a contention is raised, it has to be determined in the light of the words used in the statute, relevant provisions and the object and purpose of the” enactment.[16]

Exclusion of jurisdiction of civil court

Form the above discussion, it is clear that the jurisdiction of a civil court is ambiguous except to the extent it is excluded by law or arising from such law.

In a landmark judgement of Dhulabhai v. State of M.P. [17], Chief Justice Hidayatullah summarised the following principles relating to the exclusion of jurisdiction of civil courts:

As per section 21 objection as to jurisdiction would not be entertained by the Appellate or Revisional Court unless the same was raised in the trial court.[19] Even if, such objection is taken at the earliest opportunity the decree of the trial court will not be set aside or the execution case will not be struck off unless there has been a failure of justice. With the enactment of sub-sec. (2) to section 21, it is now provided that even lack of pecuniary jurisdiction is regarded as technical and can be waived by the party by not raising objection at the earliest opportunity.[20]

Lack of Pecuniary or Territorial Jurisdiction

If the court finds that it has no pecuniary or territorial jurisdiction to try the suit, the proper order is not a dismissal of the suit but returning the plaint for presentation in a proper court.[22]