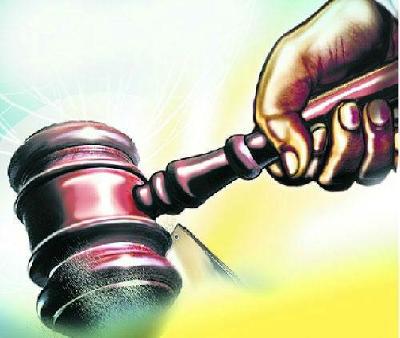 An accomplice means a person who has taken part in the commission of a crime. When an offence is committed by more than one person in concert, every one participating in its commission is an accomplice. Conspirators lay their plot in secret; they execute it ruthlessly and do not leave much evidence behind. Often, therefore, the police have to select one of them for the purpose of being converted into a witness. He is pardoned subject to the condition that he will give evidence against his former partners in the crime. He is then known as an accomplice, turned witness or an approver. He appears as a witness for the prosecution against the accused person with whom he acted together in the commission of the crime. The question is to what extent his evidence or testimony can be relied upon to convict his former associates. What is the value of evidence of a former criminal turned witness?

Two provisions in the Act touch this problem. Section 133 categorically declares that an accomplice is a competent witness and the Court may convict on the basis of such evidence and the conviction will not be illegal simply because it proceeds upon the uncorroborated testimony of an accomplice. The other dealing with the matter is in the illustration (b) to section 114, which says that the court may presume that an accomplice is unworthy of credit unless corroborated in material particulars. These provisions should first be reproduced.

S.133 Accomplice — An accomplice shall be a competent witness against an accused person; and a conviction is not illegal merely because it proceeds upon the uncorroborated testimony of an accomplice.
S.114. Illustration (B) — The court may presume that an accomplice is unowrthy of credit, unless he is corroborated in material particulars.

The apparent contradiction between these two declarations should first be resolved. Section 133 is a clear authorisation to the courts to convict on the uncorroborated testimony of an accomplice, but since such a witness, being criminal himself, may not always be trustworthy, the court are guided by the illustration appended to Section 114 that, if it is necessary the court should presume that he is unreliable unless his statement are supported or verified by some independent evidence.

In order to be an accomplice, a person must participate in the commission of the same crime. This participation may be done in various ways. The modes of taking part with a crime are treated under the head of :-

(2) Accessories before the facts — An accessory before the fact is one who counsels, incites, connives at, encourages or procures the commission of the crime. Of these persons, those who counsel, incite, encourage or procure the commission of the crime are certainly accomplices.
(3) Accessories after the fact — Every person is an accessory after the fact to a felony, who knowing that a felony has been committed by another person receives, comforts or assists him in order to escape from punishment; or rescues him from arrest, or having him in custody for the felony, intentionally and voluntarily allows him to escape, or opposes his arrest. Three conditions must unite to render one an accessory after the fact:

(1) the felony must be complete;

(2) the accessory must have the knowledge that the felony has been committed;

(3) the accessory must harbour or assist the principal felon.

Corroboration as Rule of Caution

Once it is determined that the person who has appeared as a witness in fact an accomplice, the question then arises as to what value is to be attached to his evidence, namely, whether it should be acted upon in itself or some independent verification should be thought of his statements. It has been observed from the earliest times as a rule of caution which has now become virtually a rule or law, that the evidence of an accomplice should stand the test of verification at least in main points. This is known as corroboration.

The reasons why corroboration has been considered necessary are that :-
(1) he has been criminal himself, and, therefore, his testimony should not carry the same respect as that of a law-abiding citizen.

(2) he has been faithless to his companions and may be faithless to the court because he has motive to shift the guilt from himself to his former companions, and

(3) if he is an approver, he has been favoured by the State and is therefore, likely to favour the state.These reasons dictate the necessity for corroboration.

Once corroboration in material particulars is found, the testimony of an accomplice can be the basis of conviction.

The meaning and nature and extent of corroboration were explained by the court of Criminal Appeals in R v. Baskerville : The case involved an indecent assault upon two young boys with their consent at the residence of the accused. Thus both the boys were accomplices. The only way to corroborate the evidence of one was to refer to the statement of the other. Should the evidence of one accomplice be corroborated with the evidence of another accomplice. The court held that the general principle is against it.

In Bhuboni Sahu v. The Emp., eight persons were prosecuted for a murder; four of them were acquitted. Of the remaining, one appealed to the Privy Council. The evidence against the appellant consisted of (a) evidence of an accomplice who had taken part in the murder and had become an approver, (b) the confession of another accused person implicating himself and the appellant, and © the recovery of a cloth which the deceased was wearing and a Khantibadi in circumstances which were taken to verify the evidence of the accomplice
The appellant was acquitted by the court. The Court Observed : The combine effect of Section 133 and 114, Illustration (b) may be stated as follow:

According to the former which is a rule of law an accomplice is competent to give evidence and according to the latter which is a rule of practice is almost always unsafe to convict upon his testimony alone. Therefore though the conviction of an accused on the testimony of an accomplice cannot be said to be illegal yet the court will, as a matter of practice, not accept the evidence of such a witness without corroboration in material particular. The law may be stated in the words as in R v. Baskerville.

There is no doubt that the uncorroborated evidence of an accomplice is admission in law. But it has been long a rule of practice at common law for the Judge to warn the jury of the danger of convicting and in the prisoner on the uncorroborated testimony of an accomplice, and in the discretion of the Judge, to advise them not to convict upon such evidence, but the Judge should point out to the jury that is within their legal province to convict upon such unconfirmed evidence.
In Narayan Chetanram Chaudhary v. State of Maharashtra, accused committed offence of robbery and murder. All deaths, except of a child, were caused by the A1, child was killed by A2. Raju, PW 2 actively participated and facilitated the commission of the crime. The murders were apparently committed to wipe out all evidence of robbery and committed by the accused persons. Accused were arrested from different places. In the identification parades they were identified by various witnesses. After the commitment but before the commencement of the trial Raju expressed his wish to make a confessional statement. The trial court accepted the application. The accused Raju was tendered pardon on the condition that he shall make a full and true disclosure of the whole of the circumstances within his knowledge relating to the offence. High Court also accepted the reference.

The learned counsel for the appellants argued that as the statement of the approver was recorded after an unexplained prolonged delay, the same could not be made the basis for conviction of the accused. To this it was held that, Otherwise the words of the section “at any time after commitment of the case but before judgment is passed” are clearly indicative of the legal position which the legislature intended. No time limit is provided for recording such a statement and delay one of the circumstances to be keep in mind as a measure of caution for appreciating the evidence of the accomplice. Human mind cannot be expected to be reacting in a similar manner under different situations. Any person accused of an offence, may, at any time before the judgment is pronounced, repent for his action and volunteer to disclose the truth in the court. Repentance is a condition of mind differing from person to person and from situation. Court, therefore, do not find any substance n the submissions of the learned defence counsel that as the statement of the approver was recorded after prolonged delay, no reliance could be placed upon it.
Learned counsel further contended that conviction based upon the uncorroborated testimony of the approver is neither safe nor proper particularly in a case where extreme penalty of death is awarded. The Court said after making reference to Bhuboni Sahu v. R. ; R v. Basherville etc. the court said that We have minutely scrutinized the evidence of PW2 and the corroborative evidence noticed by both that trial court as well as High Court and find no substance in the submission of the learned counsel for the appellants that the testimony of PW 2 is vivid in explanation and inspires full confidence of the court to pass the conviction on the appellants for the offences with which they were charged. The corroborative evidence to the aforesaid statement leave no doubt in the mind of the court regarding the involvement of the appellants in the commission of the crime for which they have been convicted and sentenced.

Nature and extent of corroborations

As to the nature and extent of corroboration required, cited the opinion in R. v. Stubbs, namely, that the evidence of an accomplice must be confirmed not only as the circumstances of the crime, but also as to the identity of the prisoner.