The life insurance industry is one of the fastest-growing sectors in India. Currently, there are 24 Life Insurance Companies in India offering customized life insurance policies.  Life insurance corporations are in the business to gain some profit and that’s why they avoid most of the evitable risks associated with life by adding exclusion clauses that make the policy… Read More » 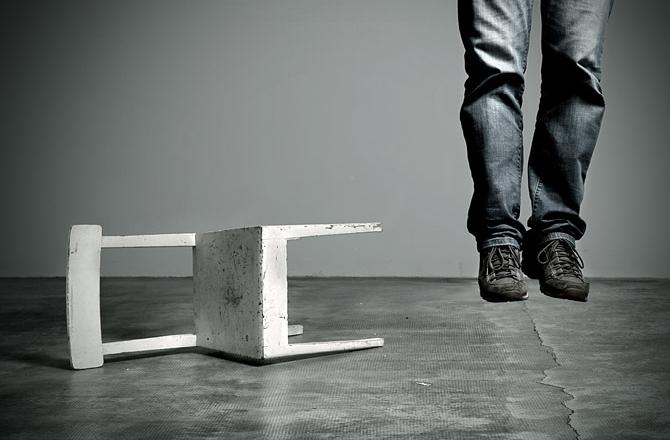 The life insurance industry is one of the fastest-growing sectors in India. Currently, there are 24 Life Insurance Companies in India offering customized life insurance policies. Life insurance corporations are in the business to gain some profit and that’s why they avoid most of the evitable risks associated with life by adding exclusion clauses that make the policy void in several circumstances.

The insurance regulator IRDAI (Insurance Regulatory and Development Authority of India) brought changes in the suicidal clause that were made applicable from 1st January 2014. Thus, all the policies which were issued before 1st January 2014 will be in accordance with old suicidal clause and for policies issued after 1st January 2014, new suicide clause will be made applicable. The article demonstrates how the insurance industry, following judicial interpretation, as well as the resulting modification as directed by the IRDAI, has developed a suicide inclusion provision that provides the needed protection to insurers.

Life insurance policy is a contract between the policyholder (assured) and the insurer (insurance company), where the insurer promises to pay a designated beneficiary a sum of money upon the death of the insured person. In return, the policyholder agrees to pay a stipulated amount called premium either at regular intervals or in a lump sum. In a brief statement, life policies are legal contracts and the terms of the contract describe the limitations of the insured occurrences. Specific exceptions are often written into the contract to limit the liability of the insurer. Common examples are claims relating to fraud, war, riot and civil commotion.

Life Insurance is intended and designed to protect against unforeseeable events. The protection is intended to ensure the dependants of people who die prematurely, and one of the central contemplations in buying life coverage is the security it will give in case of sudden misfortune. Basically, the insurance agency sells security and peace of mind. The modern individual life insurance policy sold today can, however, be a complex contract, normally consisting of multiple pages setting forth the rights and obligations of each party.

This complexity of insurance policy is exacerbated when we introduce suicide in the equation. Suicide has always presented a problem to the insurance industry because of the possibility that insurance may be purchased by persons who are planning to take their own lives at, or near, the time the application is made.[1] Suicide cases present conflicting issues. On the one hand, society has an interest in protecting the innocent beneficiary, often economically dependent on the insured, from economic ruin. On the other hand, suicide has long been held by courts not to come within the coverage of ordinary life insurance policies or within the accident feature of a life insurance policy because the insurer should not be required to pay for the wrongful act of the insured.[2]

Insurance is intended to protect against unforeseeable incidents; suicide, specifically, is not considered an insurable risk because the time of death lies within the insured’s control. Thus, the payment of benefits for a planned suicide by the insured is in direct contradiction to the purpose of insurance.[3]

I. Committing Suicide May Not Be Considered As An Event Of Uncertainty, So Does Life Insurance Cover Suicide Cases?

Here the concern is with the effect of illegality on life policies, the effect of the assured’s suicide on claims by his personal representatives and assignees and the refusal by the courts to allow an assured who has caused his own death or anyone claiming through him to benefit from a life policy. Earlier ordinary life policy did not cover the risk of the commission of suicide by the insured while sane. However, this policy has witnessed a change in India in recent times.

The instances of suicide in India are expanding each year, which has pushed our nation among the main 12 nations with the most extreme number of suicide cases every year. Close to 8 lakh people commit suicide every year around the world and 17% of cases of them are from India. The real explanation behind the increased cases of suicide is depression, family problems, illness and many more.[5] It is very difficult for the family to deal with such unexpected event and losing the only financial security in the form of life insurance due to exclusion of suicide from being covered under the policy measures only increases the difficulties of the family.

The judicial decision of various courts in India has not preferred to follow the rule laid down in Beresford’s case[6]. Committing suicide is not a crime in India and hence the rule laid down by the House of Lords in Beresford case has no application in Indian insurance law cases. Because there is no applicability of any such rule the insurers are often liable to cover the suicidal death claims. However, attempt to suicide is punishable under IPC, 1860[7]. In the case of Faquir Singh v. Union of India[8] the court observed that denial of benefit of postal insurance to the father of the insured whose death occurred due to committing suicide is improper. The insured in the case died of asphyxia due to the use of a rope around the neck causing cardiac failure.

In another case of Northern India Assurance Co. v Kanhayala[9], there was a condition inserted in the policy that said that the policy would become void if the insured committed suicide within the one year from which the policy came into existence. The facts suggest that the insured assigned the insurance policy to his son and within the 13 months he committed suicide. In the case, the court witnessed the fact that committing suicide is not a felony in India unlike provided under English Law and hence such principle is not applicable in India. Based on that, judgment was ruled in favour of the insured.

Later, in the case of Scottish Union and National Insurance Co. v. Jahan Begum[10], the court decided the question of whether suicide is opposed to public policy in India. After an elaborate reference being made to the Beresford case, the court held that suicide is “unhesitatingly” not against public policy.

III. Why ‘Suicidal Death Cover’ Is Applicable After 1 Year

Most life insurance plans provide suicidal death cover after a period of one year. However, if the policyholder commits suicide before a period of one year then his/her family (whosoever is the nominee) may not be able to avail the benefit of getting the full sum assured. Rather, the insurer may just provide the family with the benefit equals to a certain percentage of the premium paid during the policy term.

The restriction on paying the sum assured before 12 months expiry helps insurance companies in preventing insurance fraud. There can be instances where the insured person has run up a huge debt and wants to get rid of this situation by buying life insurance first and then committing suicide. It is thought that the duration of 12 months is enough to bring the insured person out of the mindset of taking such a dire step.

Further, in the recently held case of Life Insurance Corporation of India v. Jaswinder Kaur[11], by the NCDRC, Delhi the suppression of material facts as of the suicidal tendencies in case of Bipolar Disorder to insured stands a relevant one and hence mandates to be disclosed to the insurance company. The facts of the case say that the respondent’s husband took a life insurance policy on 4.12.2012 with death sum assured of Rs. 5 Lakhs wherein the Respondent was made the nominee. The Insured committed suicide on 26.9.2015 i.e. after two years nine months. The Respondent’s claim was repudiated on 24.6.2016 on the ground that the deceased had concealed material fact while filling the proposal forum. The case of the Petitioner is that while filling the proposal form the medical information was wrongly filled and he suppressed information that he was suffering from Bipolar Disorder and the claim was rightly repudiated. Insurance is a contract of utmost Good Faith and the assured is under a mandate to make correct disclosures.

According to research conducted by the Public Health Foundation of India on suicide rates in India between 1990 and 2016, India accounts for a growing share of the world’s suicides. As of 2016, India’s suicide rates exceed the global averages, and the causes of suicide deaths in India have been linked to factors like financial debts, lifestyle ailments, mental illness, higher education levels and lower fertility rates.

The increase in suicide rates since 1990 may have, perhaps compelled the Insurance Regulatory Development Authority of India (IRDAI) to amend the suicide clauses for life insurance policies such as term policies bought after 2014. For term policies issued before 1 January 2014, the nominee is not entitled to any death benefit in case of the insured’s death caused due to suicide.

Term insurance does cover suicide, and it financially helps the emotionally distraught family of the insured by paying back some premium amount. However, in reality, it all depends on the terms and conditions of the policy. Term policies issued from 1 January 2014 provide suicide death cover to the insured’s family subject to following terms and conditions:

Suicidal death cover of a term insurance plan is applicable after 12 months of policy issue or 12 months after the policy revival.

If the insured’s death is caused by suicide in the above-mentioned circumstances, the nominee is eligible to be paid the full sum assured or the death benefit as per the policy clauses. The coverage of suicidal death after one year was to prevent insurance frauds where an individual stuck in financial debt would want to take undue advantage of buying a term policy and then commit suicide for his family to claim the death benefit. Insurers assumed that this one-year duration would be sufficient enough to discourage policyholders from taking such extreme decisions for the sake of money.