Love Jihad For a city as calm and serene as Udaipur to invite agony filled protests was a disappointing and intriguing instance. Over a week has passed since Udaipur returned to its normal state of affairs. How then was a city usually abubble with tourists restricted with section 144 of the Indian Penal Code? The instance dates back… Read More » 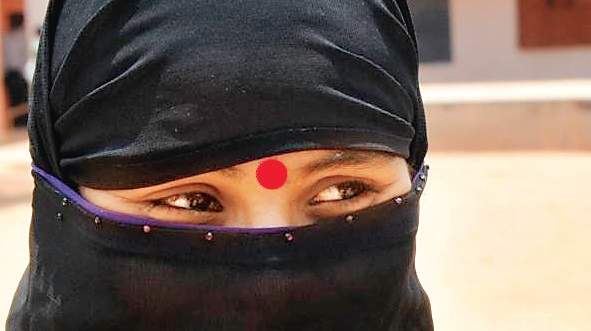 For a city as calm and serene as Udaipur to invite agony filled protests was a disappointing and intriguing instance. Over a week has passed since Udaipur returned to its normal state of affairs. How then was a city usually abubble with tourists restricted with section 144 of the Indian Penal Code? The instance dates back to a month when a man named Shambhu Lal uploaded a video where he charred a Muslim man to death under the justification of the fancily coined term ‘Love Jihad’.

What is Love Jihad?

Love Jihad, additionally called Romeo Jihad, is characterized as an action under which youthful Muslim men and young men target young ladies generally belonging to the Hindu community for conversion to Islam by feigning love. The inception of the word is obscure yet credited to the far-right gatherings. Yet, there are no official reports supporting these claims. The idea was propagated back in 2009 when apparently there were alleged conversions of Hindu girls in Kerala and Mangalore. In the past couple of years, the term has been unjustly and inappropriately used by mainly the Right wing groups to abstain youngsters from indulging in inter-religion marriages. While another Love Jihad victim, Hadiya still longs for justice to be served to her, a man in Eastern Rajasthan alights a fellow being to apparently protect his community from further destruction.

Muslim man Killed in the name of Love Jihad

As soon as Shambhu Lal uploaded the video, outrage and panic spread through the entire society. How under the pretext of a false rightist notion could a man so brutally and callously kill a man is yet to be comprehended by many. While the incident was already a heinous one, what followed had people suffused with rage and resentment. Exercising preventive measures to not let any communal disharmony materialize, the District Magistrate imposed section 144 in the city while also suspending internet services to not let further circulation of the videos.

Section 144 states ‘Whoev­er, being armed with any deadly weapon, or with anything which, used as a weapon of offence, is likely to cause death, is a member of an unlawful assembly, shall be punished with imprison­ment of either description for a term which may extend to two years, or with fine, or with both’. While the section was first used way back in 1861 by the Britishers to curb the independence protests, it has been frequently resorted to in the recent years to curb violent protests and clashes.

Despite the prohibitory orders, two right-wing groups, Vishwa Hindu Parishad and Bajrang Dal organized rallies in support of the accused. While they defended the accused’s act they vehemently supported the idea the accused tried to promulgate through his abhorrent act. Of the 220 people confined by the police, 53 were formally captured on charges of revolting, unlawful assembly, causing harm to public property, hindering public servants from carrying out their duties and assaulting them. While the protests died down in two days, a lot more harm has been inflicted on our nation’s prospect of progressing and promoting Equality. To induce party members to wreak havoc in the city, damage public property and pose harm to the general public in support of Love Jihad is an awfully harrowing phenomenon that our society is practicing.

While we sit here pondering over the repercussions such an act can have, right-wing parties in Ghaziabad have clashed with the police over the marriage of two consenting adults. As cryptically as this wave of Hindutva and patriotism has ushered in, the consequences can be overwhelming and devastating. Ignorance is bliss and yet if the government continues to act nonchalantly towards these continuing racist attacks, we might not be sanguine regarding our country’s prospects any longer.