On the dark night of 31st January 1979 (Marichjhapi Massacre 1979) the police open fired on the refugees inhabiting the island of Marichjhapi on the pretext of the locals attacking a police camp. After a fortnight, the High Court of Calcutta decided that “The supply of drinking water, essential food items and medicines as well as the passage of… Read More » 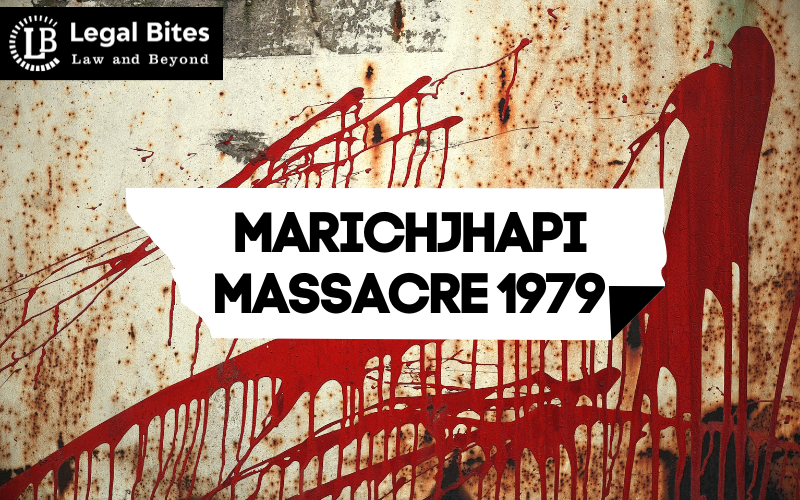 On the dark night of 31st January 1979 (Marichjhapi Massacre 1979) the police open fired on the refugees inhabiting the island of Marichjhapi on the pretext of the locals attacking a police camp. After a fortnight, the High Court of Calcutta decided that “The supply of drinking water, essential food items and medicines as well as the passage of doctors must be allowed to Marichjhapi.” Marichjhapi Massacre 1979 The history of India has experienced a mass Exodus of Hindus on...

On the dark night of 31st January 1979 (Marichjhapi Massacre 1979) the police open fired on the refugees inhabiting the island of Marichjhapi on the pretext of the locals attacking a police camp. After a fortnight, the High Court of Calcutta decided that “The supply of drinking water, essential food items and medicines as well as the passage of doctors must be allowed to Marichjhapi.”

The history of India has experienced a mass Exodus of Hindus on various occasions. Two notable occasions have been during the partition of India in 1947, which on based majorly on religion and again in the year 1971, during the birth of Bangladesh from the partition of East Pakistan, which was based on linguistic grounds but the main reason behind it was the ethnic cleansing of the Bengali Hindus residing there.

By looking at the political history of West Bengal, one can understand the deep-rooted violence that has been associated with it. The violence has been perpetuated by both against the state and particularly as a consequence of the Bengal partition that took place several years after the independence. The geopolitical sphere of Bengal has been such that it has witnessed various traumatic upheavals through numerous radical movements which had violence as their aftermath, ranging from the Tehbhaga movement involving sharecroppers in the 40s to the infamous Naxalite movement in the 70s. Hence, the tool of violence has always remained instrumental in the political revolution of Bengal.

One such movement, for instance, has been integral in shaping the place of Dalits in society. It centred around the mass migration of low caste refugees from Dandakaranya to Marichjhapi and their subsequent massacre. It was not a normal massacre but interestingly was intertwined with state-sponsored violence, civil uprising and concepts of justice that have mostly been ignored by the masses as well as the government.[1]

The inception of this massacre dates back to the division of Bengal that took place during the Independence in 1947, which was on communal lines. Due to this, many Bengali Hindus escaped to erstwhile East Pakistan (present-day Bangladesh). The exodus included the privileged middle and upper-caste Hindus who easily resettled back in West Bengal. Sadly, the majority of the lower caste Hindus were left behind in Bangladesh sharing their plight with the Muslims present there. To add to the agony, they were also persecuted by the Muslims to flee and back to West Bengal. But unfortunately, the poor underprivileged low caste Hindus were not welcomed in West Bengal.[2]

There was resistance experienced by the refugees originating from the wetland landscape regarding relocating the wastelands. However, their resistance went in vain as most of them were forcibly sent to various parts of India including Orissa, Madhya Pradesh and Chhattisgarh.

Later, political leaders entered the movement when leaders such as Ram Chatterjee, who was the then Left front leader, opposed the inhumane relocation of refugees. In lieu of this, he visited numerous refugee camps and promised that if his government comes to power, then he will be instrumental in bringing all the dislocated refugees back to their homeland.

In the year 1977, the Left Front came into power. As promised by Ram Chatterjee, this year saw a huge migration of refugees back to their homeland. But after some time, the Left Front changed its colours and declared that the refugees were nothing but a burden to the state as they were the citizens of India now. Around 1,50,000 refugees who had arrived, most of them being Dandakaranya, were deported back. At the same time, approximately 40,000 refugees went camping south and ended up settling in Marichjhapi, a protected place inside the Reserve Forest Area, which they renamed as Netaji Nagar. It is claimed by many that the island only consisted of shrubs when it was inhabited by the refugees.

On the dark night of 31st January, the police open fired on the refugees inhabiting the island of Marichjhapi on the pretext of the locals attacking a police camp. After a fortnight, the High Court of Calcutta decided that “The supply of drinking water, essential food items and medicines as well as the passage of doctors must be allowed to Marichjhapi.”

The death of 13 more people was reported after someone poisoned a tube well. After this horrific incident, the refugees were sent back to different parts including Marichjhapi colony near Barasat and Sealdah.[4]

This massacre ranks itself as one of the most brutal human rights violations that took place after the independence of India. There were only two official deaths reported but the count is taken to be around 500-1000.[5]

The quietness revolving around the massacre was to proceed for a really long time with the exception of stray endeavours that attempted to uncover the lies, deceit and dis-loyalties that had come to imply Marichjhapi. Shaktipada Rajguru’s novel Dandak Theke Marichjhapi (1980-81) is the main full-length novel in Bengali that discusses the Marichjhapi with authenticity. Anyway, it is likewise not unexpected that this novel has stayed no longer in production for a long time and it has never been important for the standard literary canon in West Bengal. The violence around Marichjhapi was more than the destruction of a group whom the state had abandoned.

It was the minimization of a literary work that had set out to uncover the brutal history of Marichjhapi and creation of a culture of hushing question. It was doubly unexpected that when the Trinamool Congress was seeking to influence in Bengal, enormous hoardings about Marichjhapi had come up in Kolkata in 2009 promising justice to the survivors. Be that as it may, the example from the massacre appears to have been entrusted to blankness and the pattern of political violence proceeds in the state through various semblances.[6]

While the mass killings were continuing, the government headed by Jyoti Basu was fundamental in arriving at the residents of Marichjhapi and thwarted endeavours by the Indian government to explore the massacre. Jyoti Basu immediately executed designs to conceal the violations of his government and kept journalists and activists from entering the region. The decapitation of Hindu leaders is an unmistakable case of this concealment. Without even a trace of private media channels and web-based media 42 years prior, much the same as what exists today, Jyoti Basu was effective in quieting the occurrence in such a way that nobody at any point alluded to it for a long time later this ruthless massacre and the Communist system wait in Bengal for 34 long years. Regardless of the way that a couple of reviews on the occurrence do exist, the equivalent is being discussed and examined in different circles of Bengal solely after the nationalist uprising there.[7]

[1] The Marichjhapi massacre is becoming a symbol of all that is wrong with Left politics- Dilip Mandal: 15 May 2019 – The Print