Medical Termination of Pregnancy Act, 1971 and its Recent Amendments 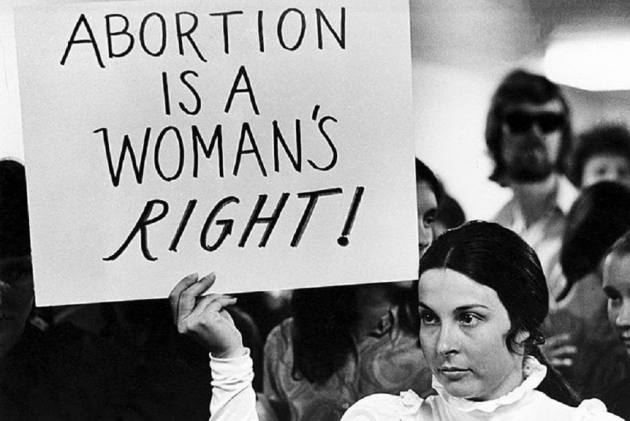 A 2007 survey by the Ministry of Health and Family Welfare reported that only 23% of men and 28% of women were aware that medical abortions are possible and legal in India.[2] People till date are unaware of their rights. As per the Abortion Assessment Project (one of the most extensive Indian studies on abortion that lasted from 2000 to 2004), of the total abortions that took place in India, 56 per cent were unsafe!

Statistically, of the 6.4 million annual abortions, 3.6 million were unsafe. The mortality from these unsafe abortions contributed to up to 13 per cent of maternal deaths in the country![3] Such is the status of abortions in India and there is a dire need to address this issue through proper legislation.

The 1971 Act allowed pregnancy termination up to the length of 12 weeks of gestation based on the opinion of a single registered medical practitioner formed in good faith whereas termination of pregnancy which is more than 12 weeks but less than 20 weeks is allowed on the opinion of two registered medical practitioners. The condition is that the medical practitioners should be of the opinion formed in good faith that the continuance of the pregnancy would risk the life of the pregnant woman or cause grave injury to her physical or mental health or there is a risk that if the child were born, it would suffer from such physical or mental abnormalities as to be seriously handicapped. [4]

This Act was however misused and sex-selective operations started taking place. With the use of Imaging techniques like ultrasound, with the intention to see the well-being of the fetus and to identify any danger to the lives of mother and child, the sex of the fetus was determined. The increase in the number of ultrasound clinics and lack of proper regulations, the sex-selective abortions (female) increased to such an extent that the sex ratio declined. To address this issue the Pre-Conception and Pre-Natal Diagnostics Techniques (PCPNDT) Act was introduced to stop the illegal use of the ultrasound machine to determine sex and close illegal clinics.[6] A report by UNICEF tells that 80% of districts in India have seen a declining sex ratio since 1991.

The changes that were made by this Act included changing the word ‘lunatic’ to ‘mentally ill’ in all the sections. Mentally ill person means a person who is in need of treatment by reason of any mental disorder other than mental retardation. Termination by an unregistered medical practitioner was made an offense punishable with rigorous imprisonment for a term which shall not be less than two years but which may extend to seven years under the Indian Penal Code, 1860. No other relevant changes extending the period of abortion were made by this amendment.

The Ministry of Health and Family Welfare suggested certain amendments in the Act to address the defects of the 1971 Act and to shift the focus from health care providers to women. It proposed to allow abortions by mid-level and non-allopathic health care providers which include Ayurveda, Unani, and Siddha practitioners as well because abortions by them can also be done safely. This change if allowed will reduce illegal abortions and will be beneficial at places where there are no high-level government registered doctors available.

It is also suggested that the period to undergo an abortion should be increased from 20 to 24 weeks if the pregnancy poses risk to the life of the mother or child or the woman is a rape survivor. The current MTP Act only provides for sexually active married women in case of contraceptive failure, an amendment is suggested to make provisions for sexually active single unmarried women as well. The amendments if accepted will also reduce sex-selective abortions.

Should women have a right over their body?

Women should be given the right to decide what they have to do with their life and the life of their child, who is a part of their body. A woman will make a better decision and will understand the situation in a more appropriate way than the legislation. But the Medical Termination of Pregnancy Act gives the final say to the healthcare providers rather than to the females themselves, making them dependent on their healthcare providers.

In 2015, Gujarat High Court had denied an abortion of a 25-week old fetus to a 14-year-old rape survivor. But, the Supreme Court overturned the decision and a team of five doctors terminated her pregnancy safely.[8] Decisions like these prove that termination beyond 24 weeks can also be done safely. Prior to the Medical Termination of Pregnancy act, 1971, abortion was criminalized under section 312 of the Indian Penal Code, 1860, according to which even the woman carrying the fetus could be punished for aborting her child.

The act of 1971 has provided guidelines and timeframes by which a doctor carrying out the abortion is protected from criminal proceedings. But the pregnant woman still did not get the complete authority of decision. Indian law suffers from this problematic approach of legislation that limits the rights of women.

Bombay High Court in 2008 denied a woman abortion, whose 26 weeks fetus was diagnosed with a congenital heart defect. The petitioners argued for permission of abortion based on the law that abortion will be allowed beyond 20 weeks and up to 24 weeks if the fetus develops abnormalities, but the court rejected the plea and said that abortion beyond 24 weeks will not be allowed even if the fetus develops abnormalities. The law which is applicable to 24 weeks could not be applied to 26 weeks even after all the conditions were the same. The court said that it cannot read down the law for this particular matter as it would amount to virtually taking over the powers of the Legislature.

What if the Pregnancy is not known?

Everyone has heard stories that a woman went to the hospital with stomach pain and returned with a baby. So what is this that women are suffering from? It is not that they don’t know how reproduction works or they are in denial. But these are the results of what is known as CRYPTIC pregnancy- when a woman doesn’t find out she’s pregnant until 20 weeks or later — which affects 1 in 450 women.[9]

“It was June, I had been gaining weight. I was getting very discouraged because nothing was helping me to lose weight. I had never lost all my baby weight from having my son 2 years ago and I knew that I had a hormonal imbalance and that my thyroid was under active ever since I had my son, so that is what I was blaming for my constant weight gain and inability to lose weight. In late June, I started to feel a little movement in my stomach. The weird thing was that I was feeling them up high close to my ribs.

Anyone who has been or read a pregnancy book or app knows the baby would not be this high in early pregnancy. I ignored it for a while, hoping it would go away. I guess I thought if I tried ignoring it, it wouldn’t be real or would go away, maybe it was gas or something else?”[10], says a woman who had been pregnant once but could not realize that she was pregnant until a later stage. There was no abnormality in her body that suggested her pregnancy, not even any change in the menstrual cycle.

The major amendment in the Act should be to allow abortion till the time it does not affect the health or life of the woman. The law should make a provision for the appointment of a special team of doctors, who can decide whether abortion should be done beyond 24 weeks. Only then, the woman will have true authority over her body.

Medical practitioners should be asked to conduct full tests to ensure that abortion will not affect the woman’s health. This will save poor minors from giving birth just because the duration for legal pregnancy termination expires. It is also seen in some cases that the pregnancy is within the prescribed time limit but the courts’ intervention, slow legal process, and the doctors’ negligence causes delay and the permissible period ends.

Article 21 of our Constitution guarantees right to life and personal liberty to all its citizens and if a woman is not given right over her body then it is an infringement of her fundamental right as the unborn is a part of the mother. Therefore, the Medical Termination of Pregnancy Act should be implemented properly and the scope of its provisions should be broader.