Seventy years ago, India gained independence from the British. The definition of independence, however, has changed over the years. What does the word mean to todays generation? What does the idea of independence mean to them? What is it that they’d truly like to be free from? Freedom, in my opinion, is the freedom from conditioning. The liberty… Read More » 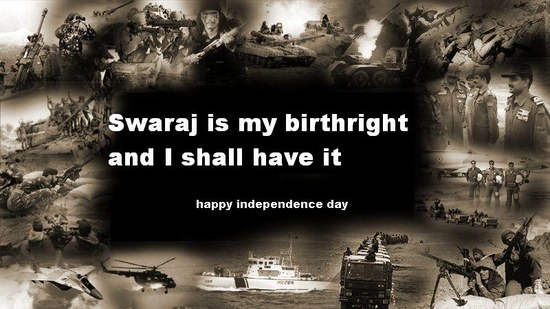 The liberty to access one’s right to his own thoughts and opinions; freedom from societal, religious, and political influence is freedom. George Harrison once rightly said, “It’s all in the mind”.. And I cannot let anyone exercise the right to access my mind without my consent. That Sir, is freedom to me. (Keshav, Editor)

Trying to define independence is like trying to define breathing. It is always there. It is a state of being. Most importantly, its value is understood only when it is taken away from us. It is waking up every morning knowing that choices and decisions can be made only by you and nobody else. Our country has always set a wonderful example of being democratic. But if there’s something that I would like to be free from, it has to be from the regionalism and the stereotype that exists in every part of the country. Diversity has become our weakness rather than our strength. I want to be free from being asked what caste and community I belong to. I am a proud Indian and that should be enough for any fellow Indian. (Lalwani, B.Tech student)

If on this Independence Day there is one thing I want to be free from “it is pretence”. Live and let live are words I have oft heard but seldom seen practised. Most people only pretend to practise what they preach. Stop talking about it, start living it.(Mrinalini, Storyteller) I want to break free from that tolerance, the inertia, the face of the Indian politician as we know him today and the lack of choices. Independent India should accept and embrace its Indianness (the tastes, sights and sounds). We should not accept “corrupt” as a word to describe a politician. “Corrupt” is not to be confused with “Indianness”! (Shankar, Student)