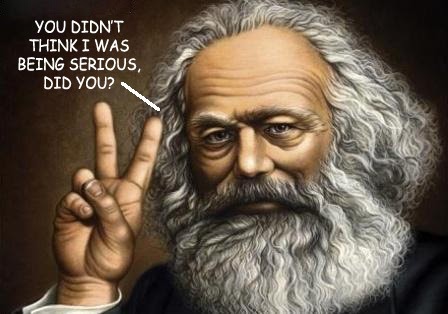 The concept of the state is comparatively modern and owes its origin to Machiavelli who expressed this idea as the power which has authority over men. In other words, the state is no more than the rule of the stronger. The power which has authority over men is the government and the purpose of this government is to establish the terms under which people will live together. There exist numerous ideologies, which are known as various “isms” i.e. Socialism, Nationalism, Capitalism, etc. which lay down the manner of the ruling of the state.

‘Nationalism’ is the patriotic feeling or love towards our nation or country. It indicates respect, freedom and development. Nationalism is a spiritual concept which originates in the people of having the same race, language, traditions and culture, religion, politics, inhabiting a territory of geographic unity. Flags, national anthem, songs, etc represent nationalism. In short, it is associated with the feeling of being a part of a nation and dedicated to the growth of our own nation.

E.g: If you live in a society and the main occupation in that area is farming. When the crops are sold, you make sure that neither these crops nor any profit derived out of this sale should leave the country.

From a political or sociological perspective, there are two main perspectives on the origins and basis of nationalism;

‘Communism’ comes from the Latin word, ‘communis’ which means ‘common.’ It is any political or any social society whose end goal or aim is to set up or to make a communist government or communist society; built upon the common ownership of the means of production and the non-appearance of social classes.

Karl Marx was a great supporter of communism because it supports the idea that inequality should not be promoted in society.

Eg: if you live in a society and the main occupation in that area is farming. When the crops are sold, whatever profit is received will be shared among all the members living in the area equally.

But this also sometimes promotes lethargy, since people have it in their minds that everything will be taken care of by the government they don’t find the need to work hard.

Karl Marx wanted to set up an ideal society, where no room for inequality existed. For an implementation of the same, he produced 2 important books; Das Capital and Communist Manifesto. In his communist manifesto, he laid down the stages to form a communist society. He said that there existed 2 kinds of classes, the haves and have-nots. The haves was the capitalist and then they forced the haves not who he called the “proletariat (working class),” to work for them. This situation was unfair in the distribution of wealth within a society.

The main problem arises when the capitalist pays very low wages to the working class and keeps the chunk of profit for themselves. This situation would frustrate the working class and therefore rise up to “seize the means of production.” The purpose of the uprising by the workers would be to distribute the wealth in a fair way among all members of society. This stage of historical evolution would be called “socialism.”

In a socialist state, the workers would own the means of production and all would share the profits equally. All the workers will work for themselves leading to the disappearance of governments, as the workers have understood the benefit of working for the good of each other. Once this model state of affairs occurred, his ideal society i.e. Communism would exist.

‘Socialism’ means the society whose large heavy industries are controlled by a government, not by an individual or any person.

The state is responsible for organizing the economy and society so that there are no capitalists, and the workers run the place. Eventually, this organisation will become less and less as Communism begins.

Eg: if you live in a state and the main occupation there is farming. When the crops are produced, the state gives a portion of them to its neighbour.

‘Capitalism’ means the society based on individual rights or private ownership is allowed in this type of system. It is the opposite of socialism.

The Macmillan Dictionary of Modern Economics defines capitalism as a:

“Political, social, and economic system in which property, including capital assets, is owned and controlled for the most part by private persons. Capitalism contrasts with an earlier economic system, feudalism, in that it is characterized by the purchase of labour for money wages as opposed to the direct labour obtained through custom, duty or command in feudalism… Under capitalism, the price mechanism is used as a signalling system that allocates resources between uses. The extent to which the price mechanism is used, the degree of competitiveness in markets, and the level of government intervention distinguish exact forms of capitalism.”

The above definition pinpoints capitalism as a social, political, and economic system that succeeded feudalism based upon recognition of the rights of private parties to choose how to employ their labour and capital in markets as indicated by market forces and not traditions.

It is based on the principle that, ‘rich becomes richer and poor becomes poorer’ thus promotes inequality.

Eg: If you live in a society and the main occupation in that area is farming. You have two cows on this farm. You sell one and get a bull. Your herd multiplies and the economy grows. You sell them and live comfortably.

Although the above-mentioned ideologies seem to have many similarities, however, at the same time, differences between them are also many and cannot be ignored. To choose any one of them would be really difficult even after knowing the differences as whatever it is but, in the end, it is all tyranny.