Introduction Nationality is a highly sensitive issue as it is a manifestation of a country’s sovereignty and identity as a country. “It is for each State to determine under its own law who are its nationals. This law shall be recognized by other States in so far as it is consistent with international conventions, international custom, and the principles… Read More » 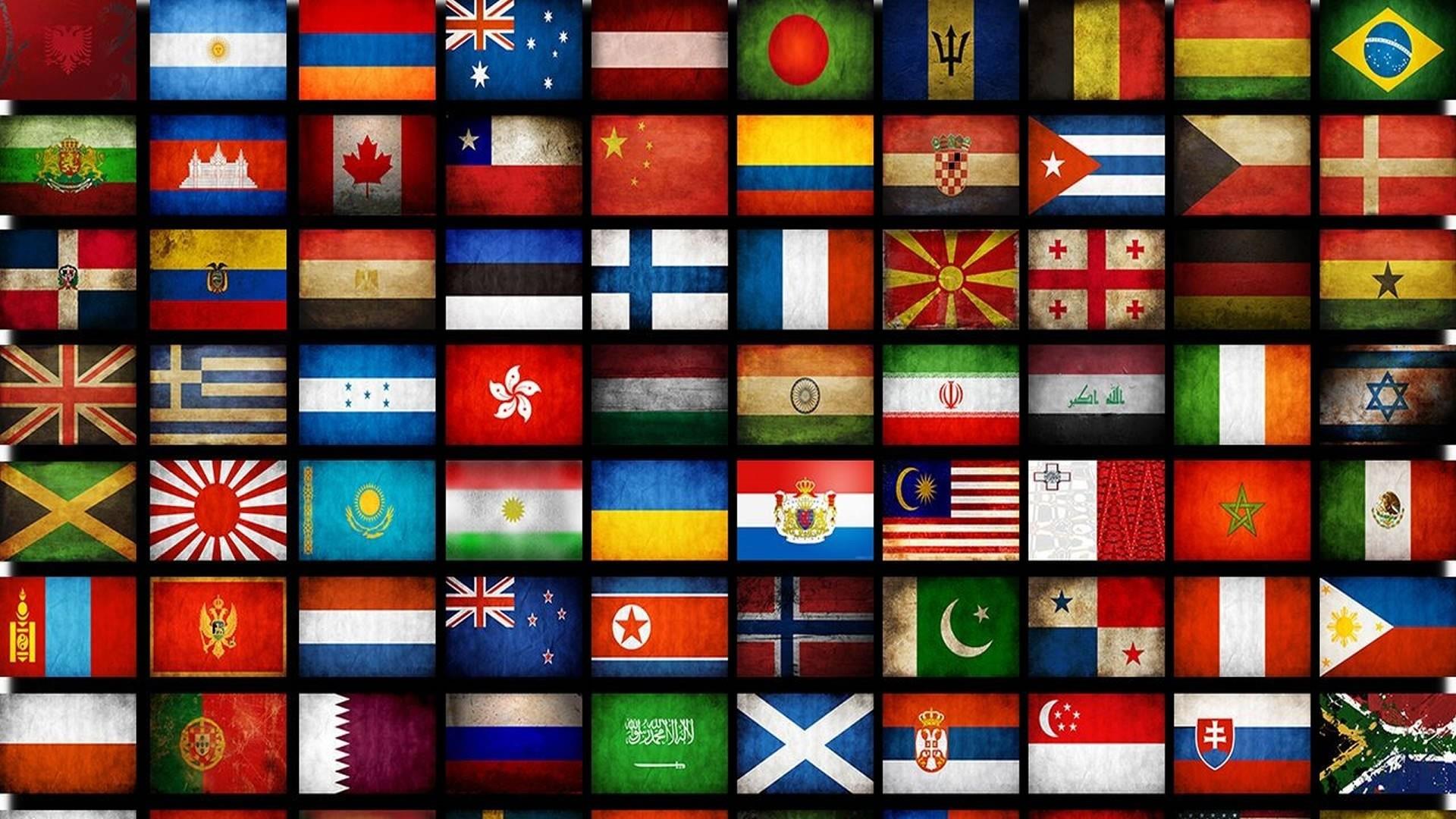 Introduction Nationality is a highly sensitive issue as it is a manifestation of a country’s sovereignty and identity as a country. “It is for each State to determine under its own law who are its nationals. This law shall be recognized by other States in so far as it is consistent with international conventions, international custom, and the principles of law generally recognized with regard to nationality.”[1] “Everyone has the right to a nationality. No one shall be...

Nationality is a highly sensitive issue as it is a manifestation of a country’s sovereignty and identity as a country. “It is for each State to determine under its own law who are its nationals. This law shall be recognized by other States in so far as it is consistent with international conventions, international custom, and the principles of law generally recognized with regard to nationality.”[1]

“Everyone has the right to a nationality. No one shall be arbitrarily deprived of his nationality nor denied the right to change his nationality.”[2] “According to the practice of States, to arbitral and judicial decisions and to the opinion of writers, nationality is a legal bond having as its basis a social fact of attachment, a genuine connection of existence, interest and sentiments, together with the existence of reciprocal rights and duties.”[3]

I. What is nationality?

“The political and legal bond that links a person to a given State and binds him to it with ties of loyalty and fidelity, entitling him to diplomatic protection from that State.[4]

Nationality is a legal bond having as its basis a social fact of attachment, a genuine connection of existence, sentiments and interests together with the existence of reciprocal rights and duties.[5] It is a legal concept that expresses the link between a State and members of its community. Nationality as a ‘framework legal relationship’: it does not establish or grant rights/duties to individuals concerned. It merely represents a necessary condition for the entitlement to these rights/duties. Nationality entitles Players to represent more than one Association[6]

What are the consequences/effects of nationality?

Duties imposed by the possession of a nationality

The terms nationality and citizenship are often confused precisely because they are so closely connected. Their present legal significance and content are of recent origin and are closely linked to a series of historical and political developments which have varied from place to place.[7] For the purposes of international law, the connection that links individuals to a particular state is labelled a link of “nationality” notwithstanding a particular individual’s ethnic background or origin, or identity.

Citizenship denotes the link between a person and a state or an association of states. Possession of citizenship is normally associated with the right to work and live in a country. A person with citizenship in a state is called a citizen of it. “Nationality” means the subjective corporate sentiment of the unity of members of a specific group forming a “race” or “nation” which may, though not necessarily, be possessed of territory and which, by seeking political unity on that territory, may lead to the formation of a State.

The terms “nationality” and “citizenship” emphasise two different aspects of the same nation-State membership. “Nationality” stresses the international, “citizenship’’ the national, municipal, aspect. Under the laws of most States citizenship connotes full membership, including the possession of political rights. It follows even from this brief survey that the terms ‘‘national” and “citizen” overlap. Every citizen is a national, but not every nation is necessarily a citizen of the State concerned.

“Nationality of an individual is his quality of being a subject of a certain State and therefore its citizen.” It is likewise a consequence of the exclusive relevance of nationality for the purpose of international law that distinctions made by municipal law between various classes of nationals are immaterial from the point of view of international law.

The terms are not synonymous in international law but have largely converged in modern times because the people who are nationals of a state most often also make up its citizens. This convergence in modern times is “a result of the democratization of the state, the development of the idea of one nation-state, the development of an industrial and capitalist society and the consequent tendency to close off his nation-state”.[9]

Citizenship is acquired by birth or by naturalisation. Nationality, on the other hand, is more a description of cultural identity than a matter of political and personal rights.

By Birth – The most important mode of acquiring nationality is by birth. Nationality is conferred to a person by many States on the basis of birth. All those persons who take birth within the territorial limit of a State acquire the nationality of the State. This principle is called jus soli. India also provides citizenship by birth under s.3 of the Indian Citizenship Act.

(6) Grant on the application of the state. Adoption of the child by parents who are nationals of the other States also entitled the children to acquire the nationality of his parents.

Section 6 of the Indian Citizenship Act 1955 provides that a person may acquire citizenship by naturalization upon fulfilment of certain conditions.

By Resumption – The next mode of acquiring Nationality is by resumption. Sometimes a person may lose his nationality because of certain reasons. But later he may resume, recover his original nationality after fulfilling certain conditions. Section 20 of the Citizenship rules 1956 provides a procedure for the restoration of nationality.

By Subjugation – The fourth mode of acquiring nationality is subjugation. Section 7 of the Indian Citizenship Act 1955 Lays down that if any territory becomes a part of India those persons from such territory shall automatically become citizens of India.

By Cession – The fifth mode of acquiring Nationality is the Cession. When a part of the territory of a state is ceded to another State. All Nationals of the former acquires the nationality of the latter State.

By Option – The Sixth mode of acquiring Nationality is by Option. When a state is proportioned into two or more States, the nationals of the former state have an option to become the nationals of any of the successor States. The same principle applies in the case of an exchange of territory.

By Registration – A person may acquire the nationality of a State through Registration. The process of registration may be different from one state to another depending upon the laws of that State. It takes place when a person becomes the subject of a state to which he was before an alien.

Modes of Loss of Nationality

Deprivation: The certain States have framed some municipal laws the breach of which by its nationals results in the deprivation of their nationality. Under the American laws, service in the armed forces of a foreign state also results in deprivation of citizenship.

Expiration: In certain States, on account of legislation citizenship expires due to a long stay abroad. A naturalist American citizen loses his nationality by having s continuance residence for three years in the territory of a foreign state of which he was formerly a national or in which the place of his birth is situated.

In certain States, law provides that if the national of that State without seeking permission of the government obtain employment in another State, then he may be deprived of his nationality

A stateless person is someone who is not recognised as a national by any state. They have no nationality or citizenship and are unprotected by national legislation, leaving them vulnerable in ways that most of us never have to consider. They are often not permitted to attend school or university, may be prohibited from getting married and may not be able to register births and deaths. Stateless people can neither vote nor access the national justice system.

Statelessness may result from various circumstances.

Citizenship at the commencement of the constitution of India.

Persons domiciled in the territory of India as on 26 November 1949 automatically became Indian citizens by virtue of the operation of the relevant provisions of the Indian Constitution coming into force, and most of these constitutional provisions came into force on 26 January 1950. The Constitution of India also made provisions regarding citizenship for migrants from the territories of Pakistan which had been part of India before partition.

The Central Government may, on an application, register as a citizen of India under section 5 of the Citizenship Act 1955 any person (not being an illegal migrant) if s/he belongs to any of the following categories:

Citizenship of India by naturalisation can be acquired by a foreigner (not illegal migrant) who is ordinarily resident in India for 12 years (throughout the period of 12 months immediately preceding the date of application and for 11 years in the aggregate in the 14 years preceding the 12 months) and other qualifications as specified in Third Schedule to the Citizen Act.

The Overseas Citizenship of India (OCI) scheme was introduced by amending The Citizenship Act, 1955 in August 2005. The scheme was launched during the Pravasi Bharatiya Divas convention in Hyderabad in 2006.

Indian authorities have interpreted the law to mean a person cannot have a second country’s passport simultaneously with an Indian one even in the case of a child who is claimed by another country as a citizen of that country, and who may be required by the laws of the other country to use one of its passports for foreign travel (such as a child born in the United States or in Australia to Indian parents), and the Indian courts have given the executive branch wide discretion over this matter.

[2] Article 15 of the 1948 Universal Declaration of Human Rights

[9] O’Leary, The evolving concept of community citizenship from the free movement of persons to Union citizenship, The Hague: Kluwer Law International, 1996, p. 4