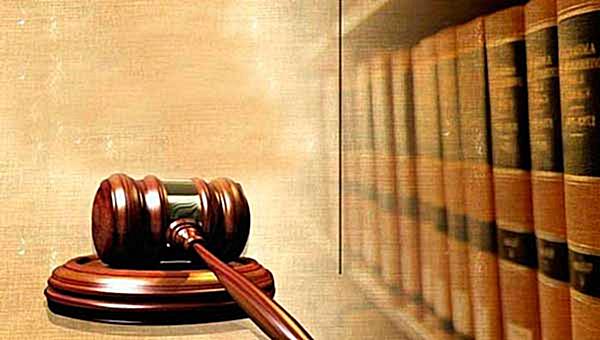 Administrative rulemaking has become as good as another branch of the government, due to the evolution of the state from a laissez-faire regime to a welfare state, thus the focus is on the welfare of the people and utmost efficiency which will, in turn, serve the citizens. Administrative rulemaking helps in that by taking the pressure off the other three organs that delegate certain type and amount of work to the administrative agencies.

Due to the federal rulemaking becoming unduly complex, time-consuming, costly and unwieldy, requires the emergence of another agency to prepare against all these challenges of rulemaking. Thus, administrative law comes into the picture.

The Courts too have a voluminous and incoherent burden over them, which the administrative agencies help by the delegation o some administrative tasks to them so as to help the courts function effectively by concentrating on the more important and non-delegable jobs.

The widely accepted the Doctrine of separation of powers that was given by Montesquieu works on the balance and checks on power by the horizontal classification of governmental powers into Legislative, Executive and Judiciary.

There are multifarious administrative powers, from making rules and regulations to adopting schemes and fixing prices to adjudicate on disputes etc. Due to the State changing and evolving, there has been an increase in the administrative functions and the delegation of law-making powers. Based on the nature of their functions, Administrative action is classified into four categories as follows:

I.P Massey, a popular author of Administrative law says in the context of countries like the United States and Australian Constitution, that the law-making power is expressly vested in the Legislature. This is unlike the Indian Constitution, although Article 107 to 111 and 196 to 201 talk about the exercise of powers by the parliament and state legislatures.

But as the scope of the exercising of power has increased over the years, the legislature cannot perform all the functions effectively due to their intensity. Therefore, the delegation of law-making power has been given to the administration and it is called as “quasi-legislative action”. This sub-ordinate legislation is giving limited powers and defined extent, which is valid only in those limits.

They may have the empowering but the ultimate authority rests with the one who has conferred this power upon them that is the legislature. The powers that it has been that of making rules, regulations and filling in details of legislative enactments, etc. “The function of filling in the interstices of the [relevant] Act should be performed, as much as possible, through the quasi-legislative promulgation of rules to be applied in the future.

But any rigid requirement to that effect would make the administrative process inflexible and incapable of dealing with many of the specialized problems which arise… Not every principle essential to the effective administration of a statute can or should be cast immediately into the mode of a general rule.”[1]

According to Justice Chinappa Reddy, legislative action has four characteristics: i. Generality, ii. Prospectivity, iii. Public interest, iv. Right and obligations flow from it. Based on these it becomes easier to differentiate between quasi-judicial and quasi-legislative action. A case known for this dilemma of differentiation is that of Express Newspaper vs. Union of India,[2] wherein Statutory wage board had established a minimum wage that newspapers must comply with and pay to all working journalists. The question of the functions of the wage commission under the working journalists (conditions of service) act. 1956, is quasi-legislative or quasi-judicial. But finally, it was ruled that the right to fix prices or pays was quasi-legislative after the case of Sita Ram Sugar Co. Ltd. v. Union of India.[3]

For Wade in context to this distinction; “They are easy enough to distinguish at the extremities of the spectrum: an Act of Parliament is legislative and a deportation order is administrative. But in between is a wide area where either label can be used according to taste, for example, where Ministers make orders affecting a large number of people”[4] The check on quasi-legislative actions is done by the Parliament and the courts and reasonableness and fair play has to be observed under Article 14 of the Constitution of India.

This refers to the administrative agencies exercising adjudicatory powers. This happens due to the stress on the judiciary that may result in the delay in justice or injustice. There are also certain actions that are administrative in nature but require judicial control, these are also performed by rulemaking administrative.

The few examples of such administrative actions are disciplinary proceedings against students, disciplinary actions against employees for misconduct, confiscation of goods under the Sea Customs Act, 1878, cancellation, suspension, revocation or refusal to renew license or permit by licensing authority, determination of citizenship, determination of statutory disputes, power to continue the detention or seizure of goods beyond a particular period, forfeiture of pensions and gratuity, authority for granting or refusing permission for retrenchment, grant of permit by regional transport authority etc.

The judicial functions can be said start with the presentation of a case, ascertainment of the fact by means of evidence, disputes that involve a question of law, and finally the application of the

law to the facts through the decisions taken. Quasi-judicial functions hence presuppose an existing dispute between two or more parties. A body is a quasi-judicial body when it has the legal authority to adjudicate on certain matters when it has the power to determine questions affecting the rights of the subject and it is under the duty to act judicially.

These four legal principles emerged from the case of Province of Bombay Vs. Kusaldas S Advani and Ors.[5] And were explicitly stated in the Judgment of the Hon’ble Supreme Court in Indian National Congress v. Institute of Social Welfare. In Wade and Forsyth’s[6] administrative law, for the definition of a quasi-judicial function, they state “A quasi-judicial function is an administrative function which the law requires to be exercised in some respects as if it were judicial.

A typical example is a minister deciding whether or not to confirm a compulsory purchase order or to allow a planning appeal after a public inquiry. The decision itself is administrative, dictated by policy and expediency.

But the procedure is subject to the principles of natural justice, which require the minister to act fairly towards the objections and not (for example) to take fresh evidence without disclosing it to them. A quasi-judicial decision is, therefore, an administrative decision which is subject to some measure of judicial procedure.”

Some examples of administrative action include the ordering of preventive detention of an individual, granting sanctions of prosecution of public servants, orders for requisition of property and powers to issue licenses and permit, issuing directions to subordinate officers not having the source of law, internment, externment and deportation, fact-finding action, etc.

Thus, administrative actions can be said is residuary action that is neither purely legislative or judicial. It is subjective and situational action that is not generally applicable to all situations and consequences and the decisions are based on policy and expediency. But it is not devoid of the principles of natural justice and a minimum of those principles are to be maintained.

These actions refer to the clear cut, defined, and set actions that an administration has to perform. It is a matter of duty imposed on the authority and does not provide them with individual discretion or judgment. It is a definitive duty. An example of this is the collection of revenue.

There are various issues recognized with administrative discretion and to curb these a clear set of instructions can be enforced, but itis essential that a certain discretion is also given to authority. Absolute discretion is ruthless, but some discretion is necessary for the functioning of the government.

Such classification also helps identify the difficulties and tasks achieved by the administrative. And since there is no precise, certain test formulated to check and examine these administrative it is easier to keep check with this division. And this classification is inevitable as many consequences arising out of it.