The author of the article ‘Power of the Court to Order Re-Call and Re-Examination of Witness’ traces differing opinions on such questions while taking the terminological and technical nuances into account betwixt the discussion. The author talks about applicable laws, national and international judicial commands, legal comments while offering his opinion on the same. “Re-examination is the putting… Read More » 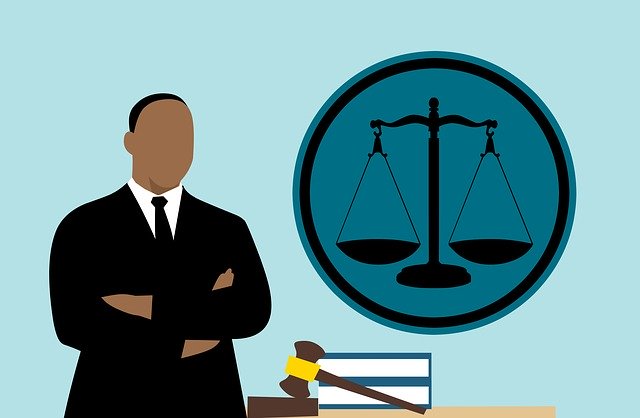 The author of the article ‘Power of the Court to Order Re-Call and Re-Examination of Witness’ traces differing opinions on such questions while taking the terminological and technical nuances into account betwixt the discussion. The author talks about applicable laws, national and international judicial commands, legal comments while offering his opinion on the same.

“Re-examination is the putting of Humpty – dumpty together again and by no means an unimportant portion of an advocate’s duty.” – Sir Frank Lockwood[1]

“Re-examination”[2]: The term has been extensively and at times, hostilely used by lawyers and legal scholars. Passionate discussions have taken place over the legitimacy and need of recalls and re-examinations of witnesses when they have already been examined and cross-examined. When a procedural area of law is surrounded by ceaseless differing opinions, it becomes necessitous to acknowledge the after-effects that accompany these inconsistent opinions. Ergo, the indispensability of the outcomes and questions, which come along the law of re-examination need to be dealt with.

Two major questions that pop up with the current stand of the law with respect to recall and re-examination, are:

Order 18 Rule 17[3] of the Civil Procedure Code deals with recall and re-examination of a witness by a court. The aforementioned rule states that:

“The court may at any stage of a suit recall any witness who has been examined and may (subject to the law of evidence in force) put such questions to him as the court thinks fit.”

Along with the aforesaid rule, Section 151[4] of the Civil Procedure Code and Sections 138[5] and 154[6] of the Indian Evidence Act are related to the recalling and re-examination of the witness by the court. These laws have been referred to and analysed as and when needed during the trailing discussion.

The appropriate situation to recall a witness

Though there exists a settled provision[7] about the uncertainties and doubts that come up with the usage of ‘may’[8] in Order 18 Rule 17, there still exist few obscurities which haven’t been dealt with in half as much detail. Even as the presence of a choice to the court to recall and re-examine a witness remains clear, the right time to make the choice isn’t talked about enough. Whilst the law, terminologically, states that the judge has the authority to re-examine ‘at any stage’[9] of the proceedings, a mooting debate exists with respect to the right time accompanied by the necessity of recalling and re-examining the witness.

While lawyers, more often than not, have brought up this deliberation during the court proceedings, scholars of the subject haven’t really engaged in a principle discussion of the arbitrariness of this rule of the Civil Procedure Code. Ergo, this ambiguity has been carried hitherto on procedural and literal grounds. It has been reasoned that re-examination carries myriads of translucent setbacks and glitches along with the benefits it reaps as it hasn’t always been utilised in a bonafide manner.

India being a country comprising of a diverse population of 133.92 crores[10] with over 3.5 crores[11] pending cases, the walk to create an objective regulation cannot be pleasant. The situation in each case, though parallel, can be pretty dissimilar and evidently attributable to each case. Provided this subjectivity, it seems unwise and unfair to go for an enveloping umbrella law. Correspondingly, there exists a need to transcribe the dissimilar situations highlighting relevance and necessity for a judge to recall a witness.

In a state of affairs where cross-examination has highlighted a witness’ disordered and puzzled testament or demonstration, re-examination becomes a necessity. Furthermore, the same must be applicable when discrepancies or contradictions are spotted betwixt the witness’s testament and any former declaration done by him.[12] Alternatively, if the court is in need of and is certain of re-examination leading to elucidation of evidence related to the subject matter, then re-examination must be taken into consideration.[13] Re-examination has been, interestingly, used to bring out the variations and irregularities in the opposite side’s case and rectify any loopholes that came up in the cross-examination.

In State of West Bengal v. Arunesh Pathak, [14] the court held that an appeal for re-examination can’t be denied on the ground that the queries that need to be clarified from the witness (in the re-examination) had not been specified. The aforesaid order coincides with Justice Altamas Kabir’s judgment in Vernekar v. Gogate[15] to a major extent. In his decision, Justice Kabir stated that “the authority to re-examine a witness can be utilised to clear any vagueness that might have come up during the cross-examination.” Conclusively, it is not necessary to state the questions that the counsel wishes to put forth the witness if there exists a requirement of clearing some ambiguities out through re-examination.[16]

Moreover, in the author’s opinion, if in cross-examination, an entirely new set of facts is found, the witness shouldn’t be professed hostile. In such a case, whilst the choice to believe the witness or not should remain with the court, re-examination must be awarded.

Re-examination consists of an arroyo that hasn’t been visited much often. The Delhi High Court has observed that Order 18 Rule 17[17] is to be exercised economically and carefully.[18] The rules governing re-examination, are not meant to simply recall a witness for an additional examination. Likewise, in the absence of ambiguity, re-examination for damage control, i.e., re-examination to do away with the consequence of past testimony shouldn’t be promoted.[19]

Whilst re-examination is a necessity to render justice, a check needs to be kept on its practice. Lawyers and judges have frowned upon employment of re-examination for mala – fide intentions as a protracting tactic to delay proceedings and its exercise without sufficient cause to back it up. In 2017, Allahabad High Court, in Leeladhar v. Mohammad Ismail Qureshi,[20] stated that the choice rendered to courts under Order 18 Rule 17[21] and Section 151[22] of the Civil Procedure Code, isn’t supposed to be practiced regularly or habitually.

What is the role of a Judge? Is he or she a seeker of truth or a mere arbitrator?

It is impertinent to not note the exchange of blows betwixt the stands or positions mentioned above. Whilst the popular opinion can be that the judiciary is confined to laying down judgments to keep the system in check, the veiled truth facilitating the route to any judgment needs to be acknowledged.

The Civil Procedure Code is a procedural provision and not a substantive one, ergo, not even Section 151 deliberates any authority or jurisdiction to the courts.[23] Section 151 simply reinstates the choice embedded in the courts. The aforementioned section necessitates outcomes that coincide with righteousness and justice to render what is supposed to be ‘right’. [24] Moving a judgment is an easier task than seeking the ultimate reality. In order to make sure justice isn’t compromised and nobody is wronged, it is necessary for the courts to take the whole picture into account.

Judge Elliot, in his work Advocate, [27] emphasized the need to reach the truth. He said that cross-examination can cloud a true witness. In this scenario, confusion must be clarified and the power of the faculties must be reinstated. Ambiguities can be clarified and facts can be re-established by questions that recollect the witness’s mind. An analysis of Judge Elliot’s words shows how cross-examination and re-examination enable the court to reach the truth by clearing the uncertainties out. In order to reach this common, unambiguous ground known as the ‘truth’, the party who requested the witness, can put forth questions relating to the cross-examination.[28]

Ergo, if the court believes that the appeal to re-examine is just and will lead to clarity or simplify the evidence, or will contribute to reach the truth and eventually execute justice, the judiciary must exercise its choice to re-examine the witness. Nevertheless, re-examining renders the duty (on the court) to make sure that it is not used as a delaying weapon hindering justice.

Courts’ need and authority to reach the crux of the matter can be stressed upon by hampering the erroneous belief that re-examination is confined to issues brought up in the cross-examination. During a re-examination, any question can be put forth the witness if permission is granted by the court. Consequently, if the court allows the re – examiner to move apart from the issue discussed during the cross-examination, he or she has the liberty to do so.

The Civil procedure Code and The Indian Evidence Act promote the courts to confirm that every important resource related to the case, reaches the record. This is necessary to reach the right judgment which takes the principles of justice and truth into account.

This paper explicates the unavoidable need to assess the layers of laws governing recall and re-examination. Moreover, the author has tried to transliterate and deliberate over the inadequacies, contradictions, and other issues that revolve around the current stand of law. Whilst the Judiciary, amongst many other issues, has missed out to intervene in the interplay of re-examination and the various limitations that accompany it, scholars of the subject are still to put the requisite quantum of effort into this study.

The author believes that coming up with an objective regulation or a milestone to discern whether or not to permit re-examination is unwise and unjust, given the subjectivity of cases that Indian Courts go through. On one hand, permission to re-examine can’t be simply distributed against every appeal; on the other hand, its importance in order to reach the crux of the issue and do away with ambiguities can’t be let go off. Ergo, the judiciary calls for a transcription of distinct situations weighing the significance and inevitability to re-examine any witness.

Quick approval or disapproval of appeals is requisite to render justice in time, given the backlog of cases in India. In order to keep a check on mala-fide appeal or delaying tactics, they shouldn’t be let go off easily. Suitable costs must be given to the party who had to face the postponement. Moreover, in such cases, a particular date must be taken up to wrap the case to make up for the delay. Re-examination, when utilized with ill intents, becomes an example of the Italian phrase: “I was well; I wanted to feel better; I took medicine, and here I am.”

The interplay betwixt the judiciary and the social order, commands much more significance than ever before. Rendering judgments isn’t exactly all that is expected of the judges. The judiciary, as an arm of governance, needs to reinforce justice, neutrality, and truth in society.

“The chief object of re-examination is to secure a repetition and imprint it more firmly in the mind of the court.” -Wrottesley

[2] The act of examining one’s own witness again after he or she has been cross-examined.

[8] ‘May’ shouldn’t be confused as ‘Shall’ as the discretion lies with the court.